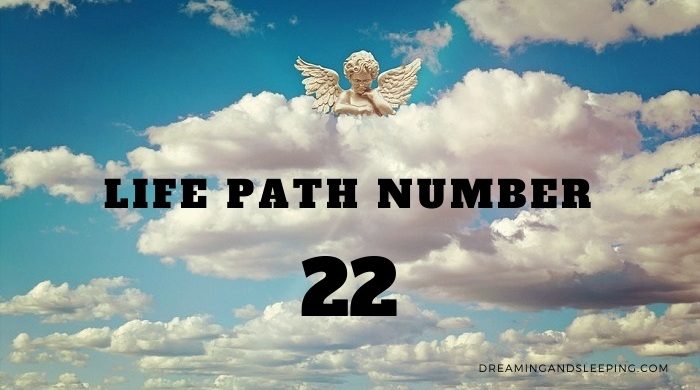 The master vibration of the number 22 is one of the most bearable among the four that exist. While the number eleven is the teacher or messiah, the number twenty-two represents the universal, the realization and the achievements. A large master number that has come to complete the completion of important projects. People with an exceptional work capacity and profuse and prodigal activity.

We must not forget that under the number twenty-two, we find the Major Arcana of the Tarot, the 22 chapters of the Apocalypse, the Old Testament with 22 chapters, and the 22 letters of the Hebrew alphabet

Life Path Number 22 – What Does It Mean?

The number 22 is a spiritual and intuitive number, representing idealism, perfectionism, collaboration and clairvoyance. It is a number of strong magnetism, characterizing the most idealistic and inspiring people with inventive ability who are able to enlighten the world and people through their lofty ideas.

The number 22 also characterizes people who present the gift of mediumship or who are turned to the study of occultism, since it is a number of spirituality. Generally speaking, people native to this figure are those who offer joy and inspiration, keeping their feet on the ground to such an extent that they sometimes become inconvenient.

It can be concluded, then, that the meaning of number 22 in Numerology offers a strong magnetism, having everything to do with human ideals. Your intuition is your greatest strength as well as extreme sensitivity.

Regarding destiny, that is, the path traced by the spirit before incarnating, the meaning of the number 22 in Numerology represents inspiration. These are people who have greater sensitivity and intuition, having an easier time analyzing reality and its consequences, and can see further than others.

When you specialize in a specific field, the number 22 person can become the best among your profession. One of its main characteristics is self-discipline, maintaining concentration on its goals.

Generally, the number 22 person succeeds because of his composure and perseverance, as he has a perfect combination of trust and humility, conditions that challenge him to continue working for his spiritual and financial independence. 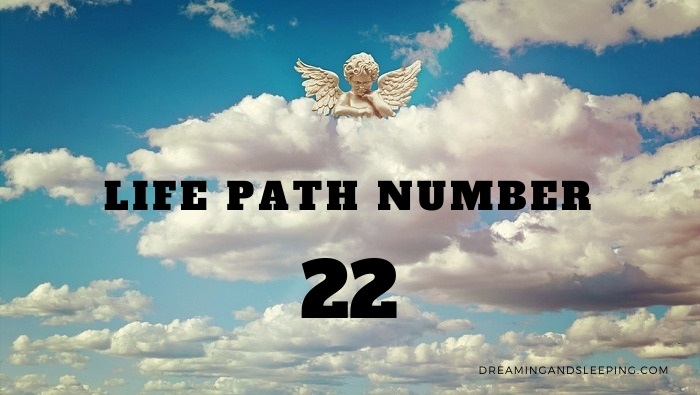 Not everything is flowers, however, for number 22. Its negative side offers much suffering from nervousness and impatience. The number 22 person is prone to addiction, can be easily hurt, is excessively emotional and sensitive, and sometimes has a superiority complex.

The number 22 person can become selfish and dishonest when he has no goals, doing everything he can to achieve what he could not have honestly.

Being a person with exacerbated sensitivity, the number 22 can capture more intensely the imperfections of others and the world itself, and through this can accumulate sufferings and dissatisfactions of others.

The Secret Meaning and Symbolism

The master number 22, tells us about an old Soul that comes to seek supreme perfection, they are practical idealists, and those who possess it have a life marked by great lessons of responsibility, work and effort.

They will have to overcome any circumstance of life especially that of their family of origin, to achieve success, triumph, prestige, recognition and brightness built with their own hands and based on their determination, strength and will.

They have a creative, idealistic and spiritual impulse to manifest and make material everything that is proposed, these gifts will have their superior brightness as SOUL 22 becomes involved in creating systems or processes for collective progress and benefit and teaching others to get it.

22 has a great focus on the results, in generating the search for stability, solidity and material security for him and his people, through the search for perfection in each of his acts. Something could have been denied or given unlimitedly in his life. Your commitment will be to generate a common good by having your actions remain in time.

The 22, marks a fate of resistance and character tests faced with moral problems and dilemmas, failures and frustrations, comfort and conformity, but above all abuses of power and unlimited egocentrism.

The number 22 in the vowels, generates a great need to cover an image of prosperity, success, power and triumph, so you will live in constant dissatisfaction and dissatisfaction if you do not reach them.

Very inconstant, he believes that no one can match their abilities and they will deny getting involved in projects that they consider below their rank, they lack the imagination necessary to create, so they will take ideas from others by posing as their own.

They express their value through what they possess, their material ambition could interfere with the task of this SOUL and make it mean and mediocre, with mental narrowness and extreme rigidity.

They should develop tact and their organizational capacity, seek collective success instead of individual. They must strive to live constructively and harmonically.

This vibration is the most powerful and creative of all so this soul can pass tests of inequity, fear, impracticity, insecurity, disability, generate large complexes of inferiority, and go through moments of indifference, laziness, reproof and failure.

As in everything that concerns them, the 22 tend to be possessive and absorbing in their personal relationships.

Normally they do not have many close friends, because on the one hand being too demanding and intense it is very difficult to respond to what they expect from others and on the other because they are always too busy to lead a normal social life and are often too serious and severe.

Their dynamism, intensity and enormous magnetism often make them irresistible to the opposite sex and often arouse great passions, but although they expect absolute submission, they almost always appear erratic in their behavior towards their partner.

Either they are intense, fiery and irresistible, or they “totally” pass everything and everyone when they are immersed in a project.

In those moments they are cold and detached, creating confusion and unhappiness in their partner. You have to know them well to know that their indifference does not mean heartbreak, but that at every moment of their life the 22 are given only and exclusively to what they have in hand and do not know how they can diversify their interest or relax their attention, since as in everything, here also imposes all or nothing.

They will never settle for half-hearted love or an ambiguous situation. They demand total surrender and sometimes they are capable of provoking borderline situations to force their partner to a definition.

When they want as friends or as lovers, they are whole, intense, loyal and generous, but as enemies they are fearsome. They fight honestly to the last consequences, but they never forget an offense and almost always, sooner or later they will avenge it.

If they do not do so because they are not moved by the “eye for an eye” spirit, they will be glad to know that the offender has received his deserved even through other people because that reaffirms his sense of justice.

Less strong vibrations are irresistibly attracted to the 22 and are willing to make any concession to achieve their love or friendship. That is why the sweet and gentle 2 and 6 do not find it difficult to submit to the domain of the 22, but sometimes they suffer and are inhibited by their aggressive personality.

The union of a 22 with a 4 and a 7 can be satisfactory if there are concessions on both sides, although there are not many emotional manifestations between them.

Absorbent, dominant, dictatorial and explosive the 22 and 1, their union foreshadows clashes, clashes and unhappiness. With the 9 they almost always distance themselves because they have absolutely different interests, unless it is a 22 with spiritual numbers or Masters.

Both people 22 and 44 have been born with one of the strongest vibratory potentials known, so that they carry inside a true Power Plant.

The force they generate is directed, although not only, towards the achievement of material achievements and can reach very prominent positions in the world of finance, politics, industry, art, or wherever they develop, because there is no obstacle that cannot save a person who stops them on their way to achieve their goals.

We will know a little more in depth the characteristics of the number 22 and what differentiates it from other master vibrations.

But different from the 11 or 33 that focus their efforts primarily on achieving spiritual overcoming and are more passive, illusive and dreamy, the 22 and 44 almost always manage to merge their ambition of command, success, wealth and power with altruism and the greatness that characterizes the VMs, that is, that these numbers symbolize the power placed at the service of the spirit.

These people were born to create, elaborate and be both idealists; to build with the feet seated on the ground, the thought put into the improvements that can be carried out for the benefit of others and the spirit oriented towards heights.

To understand this beautiful fusion one must not forget that 22 is formed by a duplicate 11, (the spirit) that is transformed into 22 (strength and materialism)

The strength, perseverance, strength and ability to perform these people should be used in planning large projects, without intervening in their material execution. Their talent should not be wasted in small things, because they have the power to perceive everything in great terms.

Among the characteristics of the number 22 is that of being born with the power to amass great fortunes and the mastery of everything else comes to them in addition.

In the case of 22 and 44, the first and most serious mistake that they can commit, would be that ambition goes wild and they try to reach the top regardless of whether the means are lawful or not, nor if they use or destroy those who stand in his path.

This 22 or 44 is the most dangerous of all. Inflexible and ruthless, he knows no scruples, nor does he consider whether his ambition or greed is unleashed. He abuses his power and can be cruel, mean and mean.

It should not be forgotten that the force of this Vibration can lead to excesses, both for good and for bad, or they may fall into the negative part of the Base Number by drowning in doubts, fear of failure, immobilized by their own repressions.

If looking for our number gives us 22 and we do not feel identified with this Master Number we can read the number 4. Sometimes according to the moment of our life we ​​can act or feel one way or another.

The number 22 in the vowels, marks a very difficult destination to reach, if they do not focus on the constructive aspect of each of their acts, they should seek the achievement of material achievements or reach outstanding positions in the world of finance, politics, industry, art, or wherever they unfold, there will be no obstacle to this Soul.