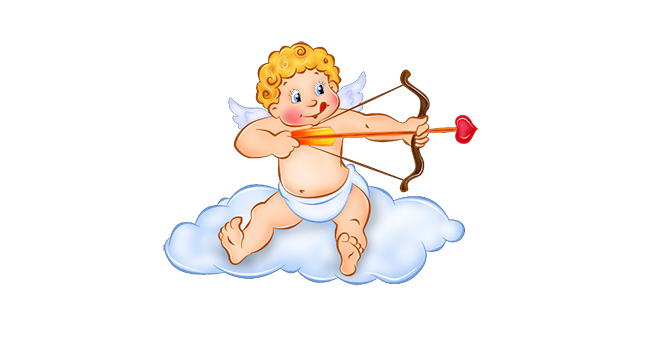 There is no doubt that very often the Romans have tried to identify their gods with Greek gods and to use the stories about Greek gods. It is fascinating that almost every Roman god had his counterpart in ancient Greece.

In this article we will talk about Cupid, who was the ancient Roman god of love. Actually, he was also considered to be the god of attraction, desire and erotism. In literature this Roman god was usually known as “amores“ or “amorini“, which was later one of the most common motives both in Roman and in Western art. In sculpture and painting Cupid was usually represented as a winged boy without clothes, but sometimes he was also represented with his bow and arrow. All these symbols have a metaphorical meaning, so if you want to find out more about them, you should continue reading this article.

We will tell you more about Cupid’s origin and his life in general. You will see that there are many different myths and legends about this god and we will also describe you his appearance in Roman arts. If you are interested in Roman mythology and if you would like to know something more about Cupid, we recommend you to read this article.

According to the Roman mythology, the parents of Cupid were Mars and Venus. You have probably heard of the Roman god Mars, who was the god of the war. On the other side, Cupid’s mother was Venus and she was the goddess of love.

However, in Latin literature it was told that Cupid’s mother was Venus, while his father was not mentioned at all. Seneca has written that Cupid’s father was the god Vulcan. We will also mention Cicero, who talked about the existence three Cupids and three Venuses.

Actually, he believed that one Cupid was the son of the goddess Diana and the winged god Mercury, while another was the son of god Mercury and of the second Venus. The parents of the third Cupid were the god Mars and the third Venus. According to this theory, the Roman god Cupid was considered to be the god of counter-love.

Even though there were many myths and theories about Cupid’s origin, later classical tradition claimed that Cupid’s parents were Mars and Venus. It is interesting that their love story was actually the allegory of War and Love.

When Cupid was a child, he didn’t grow as all other children, so his mother Venus was very worried because of that. The Titan Themis told her that he would not grow until he gets another brother. When Wenus had another child, whose name was Anteros, Cupid grew up quickly and he became a very strong and tall man.

There were many interesting myths and legends about Cupid and his life. We will tell you about a popular legend in which Cupid’s mother Venus used Cupid in a revenge with Psyche who was mortal.

She wanted that Psyche falls in love with Cupid. Cupid did what his mother told him to do, so he visited Psyche every night  while she was sleeping. One night Cupid came with a golden arrow into Psyche’s room and he wanted to shoot her.

Suddenly, he scratched himself with the arrow, which made him fall in love with Psyche. As we have already said, he was coming every night in Psyche’s room and he was speaking to her, but she could not see him.

Actually, he told her not to open her eyes. But, the sisters of Psyche have told her that Cupid was a monster, so Psyche opened her eyes and she tried to see him. But, it made

Cupid very angry, so he left and he didn’t want to come back. Psyche was looking for him everywhere and finally Cupid’s mother Venus told her that she would help her, but with many conditions.

Psyche accepted it and she completed all tasks that Venus said to her. But, the last task was the hardest. Psyche was told to give Plut a box but there was something in that box that Psyche could not see.

Unfortunately, Psyche was very curious and she finally looked into this box. Venus has placed eternal sleep in this box, so Psyche suddenly fell asleep. When Cupid heard of that he was not angry anymore and he made her awake again. Jupiter, who was the greatest god of all gods in ancient Rome, gave Psyche the immortality gift, so she could became his wife.

This way Psyche became an immortal goddess and they had a beautiful daughter whose name was Voluptas.

There is no doubt that the Roman god Cupid was very popular throughout the history. Also, the symbolism of this god has been changed over the time. But there are some facts from history and literature and now you will see the importance of Cupid and his symbolism.

We have already mentioned that he was popular in both Roman and Western art, especially in classical work and literature. When it comes to Middle Age, it is also interesting to say that Cupid was very popular because of his dual nature. Actually, Cupid was considered to be something between the so called earthly and heavenly love. Later in Renaissance this god has got many allegorical and metaphorical meanings.

Also, we will mention Cupid’s place in contemporary popular culture. In that culture Cupid was regarded as the symbol of romantic love. Very often this god was considered to be even the symbol of Valentine’s Day. In many cultures all over the world this belief exists even today.

There are so many artistic works related to Cupid, not only in literature but there are also many pictures and sculptures of this god. It is interesting that Cupid has always been represented with the wings. There is a symbolism related to this picture of Cupid. Actually, it was believed that all lovers in this world are ready to fly. It means that they change their mind easily and they usually don’t act rational.

Also, in Roman art Cupid was sometimes represented in the form of a boy that holds the torch and the arrow. Actually, arrow and torch are the most important symbols of the Roman god Cupid. He is holding them, which means that love could hurt us and inflame our hearts.

We can also mention that Cupid is sometimes described as blind, so there is also a popular phrase that love can be blind. In ancient Rome it was already believed that very often people are guided by their own emotions, so they don’t think rationally. In many artistic works in ancient Rome Cupid was also represented with motives of animals and fruits.

On paintings Cupid is also represented while playing with adults or driving a hoop. On some paintings he was represented as a boy who is trying to catch a butterfly or maybe he is flirting with a nymph.

There are many paintings in which we can see Cupid together with his mother Venus. In some of them Cupid plays a horn, while in some others his mother is grasping him angrily.

You have also find out more about the origin of this god and his life. It is obvious that there are many different myth and legends, but one thing is sure. The mother of Cupid was the goddess of love named Venus, while there are different myths about his father.

We have also told you about the popularity of Cupid throughout the history. Not only was he popular in ancient Greece, but also later in the Middle Ages and during the Renaissance. There is no doubt that there was a strong symbolism related to this Roman god and this symbolism exists even today.

People all over the world celebrate Valentin’s Tag and we can say that Cupid is actually a symbol of strong human emotions. Even though Cupid was represented in many different ways in Roman arts, this god has always been associated with love, desire and passion.