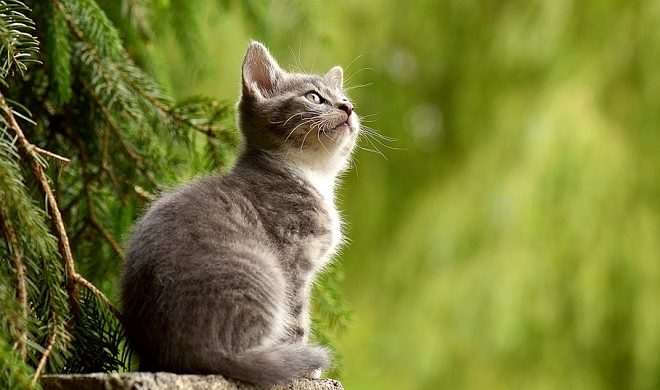 Cats have been people’s companions for centuries. Humans domesticated cats a long time ago together with dogs and made them their best friends. We can split people into two categories. One category would be people who adore cats and the other people who despise cats.

Their symbolism has been strong and they had an important meaning to many nations and cultures. Some of them worshiped cats while others feared them and considered them to be evil. As years went by, opinions about cats changed and adapted to the current cultural beliefs.

In all cases, no one can deny that these magnificent creatures carried, and still carry, a great deal importance in our lives.

Intelligent – Although they seem like they are not that intelligent, cats understand us very well and they know more than they give out. We can say that they can show their intelligent when even though cats refuse to be trained like dogs.

Lazy – Cats love finding a warm place and resting in it. Even in the nature, their close relatives are only active when they are hunting. And, since we have domesticated our little furry friends, there is no need for them to even leave their warm spots.

Agile – even though they love spending time sleeping, they still need action in their life. Chasing and hunting is in their blood but, some cats enjoy more active lives and others not so much.

Cat as a totem

As a totem, cat is extremely powerful. This animal has many different symbolisms hidden inside her that we couldn’t even imagine it.

Cats are symbols of independence. We can notice this in their behavior. They love cuddling up next to us but when they got enough attention they will simply jump off and go their own way. They love people but more than anything they love themselves. Cats don’t really need us to survive. They are natural born hunters and they can take care of themselves. People born under this totem are exactly like that. 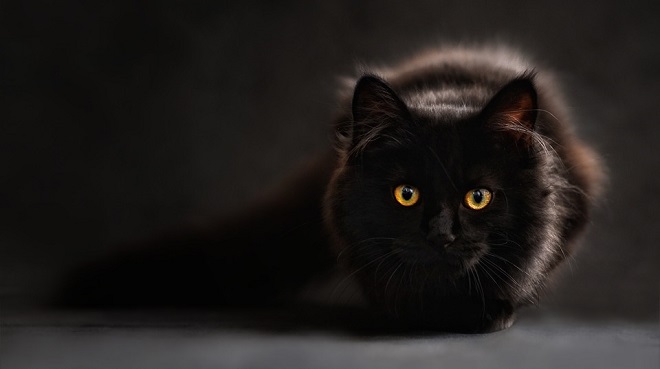 They go through life without having to depend on anyone and that is the only way they know how. Even if someone tries to help them they are more likely to refuse that help and do things their own way.

Cats are very interesting creatures and their character bedazzled people for centuries. As totems, cats are symbolism for secretiveness. This is why people born under this totem are very mysterious to others. They will rarely spill out their story to a random person and you need to get to know these people very well to know who they really are.

They are very deep and complicated people with a lot to hide. There is something about them that is so interesting to others, and that might be their secretive behavior.

Calmness is another trait that people born under this totem share. They are not the ones to stand in front of crowd of people and entertain. Thy will more likely be somewhere in the back listening and observing others.

They enjoy watching their interactions and gathering information about them. This way they will know you even though they have never talked to you. Sometimes others can underestimate their intelligence because they are often quiet and shy, but these people are very smart.

Showing off is simply not their style so they enjoy listening to others and judge them quietly. When they realize they have something to talk about, they will get on board with the conversation. Some might even say that people born under this totem are a little bit stuck up, but they simply don’t like pretending that they like someone.

Being so calm and collected is very desirable trait for a friend and partner. This is why they make excellent lifelong partners who will always be there to give a thoughtful advice and a helping hand.

Another interesting trait these people share is flexibility. Wherever you “throw” them or wherever they find themselves, “cat people” are going to land on their feet. They will figure out a way to come on top in every situation and go out of it as winners.

This is because they are not scared to take risks and try new things. When they know that something needs to be done they will not sit and wait for a miracle to happen. They are going to get up on their feet and figure out a way to succeed.

They are also a little bit unpredictable. Packing their bags and going to another city or country is something they often do. They are also keen on making sudden and rush decisions in life, or maybe they just seem sudden to other people.

They don’t like sharing deep thoughts and ideas with other people, which is why they think that these decisions were sudden and rushed.

Overall, people born under this totem are very confident even though they don’ show it at first. They love introspecting, watching others and learning more through observing. They are highly intelligent individuals who can be brilliant in almost every area of life.

The only negative side of these people might be that others could have a hard time adapting to them. They are very complicated and deep people, who need a little bit more time to open up. If you don’t exclude them as outsiders at first, you might gain a friend or a partner for the lifetime.

Cat as a symbol in a dream

Cats can appear in our dreams often. They are animals we encounter or see almost every day and it is no wonder we dream about them. But, sometimes they can have an important symbolism in our dreams. Whether this symbolism is good or bad, this depends on the whole dream and other symbols that were in it.

If you had a dream about a cat in general, then this dream is a representation of misfortune that is about to enter your life. Things are about to get really bad and it is best for you to post pone everything you have been planning to do.

If you had a dream about a white cat, then this dream also represents misfortune. Bad luck is about to mess with your plans but this period won’t last for too long. You will be able to get back on your feet very soon and repair the damage, if you get to work immediately.

Dreams about black cats are representations of a powerful energy. These dreams only appear before something important that is about to happen in your life. This dream can also represent many obstacles that are about to appear in your life. You will have to face them and fight against them until they disappear.

Dream about a cat attacking you is a representation of your enemies. They are ready to attack and cause you harm so you need to be careful. The less they know about you the better, so avoid sharing anything about your personal life or even your thoughts and ideas. They might try to use this information against you.

Petting a cat in your dream is a sign of good luck. You will be able to defeat all of the problems in your life and get rid of things that were pressuring you for a while. This is a good period to start doing something new and investing because luck will be on your side.

If you had a dream about hurting a cat, then this dream is a representation of bad luck. If the cat in your dream dies, then this is even a worse  in cats and admired them. Some sign so be prepared for some financial losses and problems.

Cat as a symbol in different cultures

Cats have been important symbols for centuries. People recognized their power and magnificence so it is no wonder many cultures around the world worshiped cats.

Dating back to ancient Egypt and Greece, cats had an important position. Ancient Egyptians had several deities that resembled cats. Some of them were Sekmet, Bast and Madfet. All of these goddesses were female and all of them had a shape of a cat. Many sculptures, drawings on papyrus and engravings in stone had cat symbols on them.

In ancient Rome cats were associated to Gods as well. Goddess Diana, who was the Moon goddess, considered cats to be sacred. Cats were guardians of homes and families and they were symbols of domestic prosperity.

In Celtic culture, cats also had an important position. They associated cats with the goddess Brighid who represented friendship and companionship. They saw many positive traits and admired them. Some of these traits were sensitivity, intelligence and stealth. They even tried to copy them and learn from their behavior. Cats were also associated with magical powers and Druids. They were considered to be able to cross between from the “Earthly” world to the spiritual world.

There are many other points in history when cats were considered to be magical. During Middle Age, cats were associated to witchcraft and this tradition continued until today. References to magic are mostly linked to black cats, since they have a more sinister appearance.

Christianity actually ruined cats reputation. They started associating cats with Satan and dark magic. They considered cats to be evil and shape shifting creatures that only use people. This opinion does exists today but not with everybody.

In Islam cats helped Mohammad and saved him from a fierce snake. Cats that had an “M” mark on their foreheads were considered to be sacred.

In Norse mythology, cats were linked to the goddess of fertility called Freyja and cats were considered to bring good luck to newborns and they were good omens for everyone who wanted to conceive.

Cats are now considered to be people’s friends and companions. They have risen up to the level of dogs and many families today have cats as their house pets. Cat gained popularity in modern history and love for cats is almost on the level it was in those ancient times.

In movies, TV shows and cartoons cats are still sometimes represented as villains. It is only because it is so easy to link their independent and, at first glance, reserved behaviors to villains. But, like I said, cats are starting to clean up their reputation.

There are still going to be people out there who are going to hate cats and prefer dogs over them, but no one can deny the importance of their symbolism. They played an important role in almost every culture and nation around the world. In culture, cats have been used as motives and muses or many artists and writers, and to them we owe many great works of art.

This is why cats are still considered to be one of the most interesting and mysterious creatures, that always find a way to surprise us or make our lives richer.