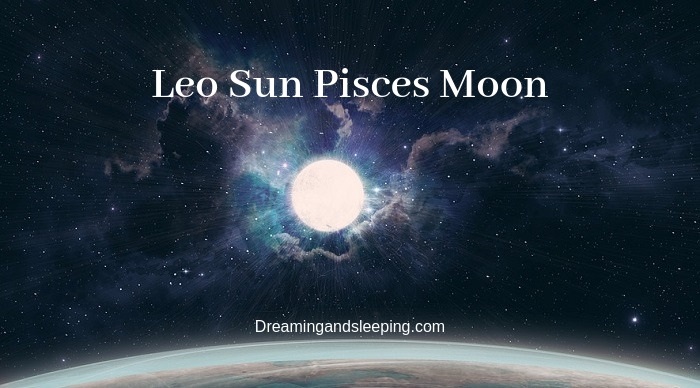 Did you know that both the Moon and the Sun express two very basic but at the same time, different mental manners that work in every human being that lives on our planet, Earth?

One thing is very specific when we speak about these two objects, that are sometimes called the luminaries, is that their light (the lunar) light attracts us toward merging with the mother and the safety that it provides.

It is not the mother in some conventional sense, but it is more the safety that we all need in our lives and it is symbolised in the “mother” as the being that gave us life, and that has the eternal connection with us.

It also teaches us how to relate, to feel compassion, to care for ourselves and others that are in our close environment.

On the other side of the specter, the can see the Sun, that shows the solar light with the task to lead us on the journey where we should discover the world and built ourselves based on those experiences.

First, we should speak about the virtues that this person has – in the beginning, you need to be aware of one fact; this is the person that often shifts from shadow to light, and never gives up this struggle. This is the person who is looking for ways to impose himself and is interested in others because he is complex and very happy to communicate the state of his soul.

He likes to go deeply into other minds, and if he can, he would like to really understand others. And we must say that one of his better traits is the fact that he can understand people along with the things they want to hide from others.

When he cannot affirm himself as a complete person when he cannot provide a complete picture of himself, he tries in the eyes of others to valorise his persona, but he will do this with the sense of extreme pride.

Also, this is the person who considers that he has a different psychological material than ordinary mortals and that it allows him to reach much higher positions in society than other people.

Some would call this just a dream and calls it the reality that others cannot see just yet.

And indeed, he often succeeds in expressing the best part of his persona, especially when he puts himself in the service of a humane, spiritual, sensual ideal, or devotes to the people who are close to him.

In this case, he is in such state of mind that he can trigger the ideas that can change the “game”,  crystallise them and revive them.

Even more, if he is able to give some meaning to what he does, he is very happy. In the end, if he can be useful in some way,  he will have the impression that he has succeeded in life.

When it comes to the flaws that show in the character of this human being, there are many, since you were able to see that this is one very complexes person who is driven by the two contradictory currencies, one that comes from the Sun in the Leo sign, and the other that comes from the Moon that is located in the Pisces sign.

Although this person often knows to waste his time and energy and on unnecessary things, he does everything he does with great devotion. It’s a little harder to get to know him because he can surprise people with his temper, but also with the extreme mysticism.

He has the constant desire to show, to shine above his abilities, and is in the constant concern what others to think about him. In the long run, this leads him to put his social life in a privileged position and thus fall into mischief.

Some people who have this combination may be prone to vice, crime, and they may want to hurt themselves after the first emotional fall or run into apathy. It is true that this combination enhances the melancholy and a little mysterious energy that comes from the Moon that is located in the Pisces sign.

But at the same time, this is the person that also carries an extremely devoted, good, naive nature of the human that just wants to be noticed.

There is no doubt that the person who has Luminaries located in the Leo and Pisces signs reacts very emotionally to life – his natural warmth takes emotional tones.

He is always included in some kind of a mystery, and even in love, this is the person who deals with the emotional questions with the use of his pronounced intuition, and he could be described as a softer and more romantic person than your regular Leo person.

He seduces others with his dreamy eyes and sexual attraction that he has plenty of. Sometimes he can be a receiver of the energies that come from especially unfortunate people that he accepts and start loving, in the attempt to become their lover and a saver.

When we are talking about the emotional relationships that are connected to this person, there is one thing that we all should know, he can become prone to illusions, and at times even, he likes to be considered a victim. And in love, it is ok to dream, but he should not forget to get off the clouds from time to time.

His lovers may complain that he is very demanding to himself, and is often very uninterested in common things, but more on some that are deeper.

For his romantic relations to work, a person who has Sun and Moon located in the Leo/Pisces combination must find a way to express his emotions in a positive way, for example, by directing them to some creative activity.

Only if he grabs the root, in reality, he will succeed in avoiding some serious difficulties and being satisfied with the circumstances in his love life. In that case, everything can be changed for the better.

Nevertheless, this combination of readiness for action and the tendency to get lost in dreams, clear consciousness, and extreme causality has obvious consequences in the non-balanced way of how these people are reacting.

So, in every sense, this is a person who has a problematic and difficult character. He can be influenced from outside, although it is inwardly imperceptible.

For this reason, he is emotionally responsive to a protective, family, but worthy, simple person who would bring peace and support him, and through this, he can become more energetic.

So who can this person be? Our guess is the one that belongs to the Zodiac sign Cancer. In love, these two could match perfectly, since Cancer can understand and love this difficult person that is filled with contradictions.

These two can have exciting days and nights, hypnotised with the feeling that this could be a perfect combination.

This person who has luminaries located in the Leo and Pisces combination could be best described with this sentence – outwardly strong, inwardly mild. It usually balances between authority and service, and if it finds balance, it develops into an interesting person that many people consider to be their best friend.

He is a difficult person, and sometimes even he is the one that is impractical for everyday life, but his friends do not mind it since he has a lot to offer as a friend.

He is emotionally sensitive, believes in love, and when in love, he does not manage well in some non-harmonious situations, unpleasant discussions when he tends to retreat dramatically and suffer inside.

He mostly relies on the environment in which he grew up with, and also this is the person who does not like sudden changes and is difficult to deal with sometimes in an unfamiliar environment.

To conclude, we shall say that it is not easy to live and be around this person since he has an interesting combination of signs – the Sun in the fiery Leo and the Moon in the watery Pisces.  So much contradiction in one being – there is a passive keeping the Moon in the Pisces to merges in this case with the nature dominated by the active will of the Sun in the Leo.

This is the person who desperately wants to achieve something significant by what others would remember them. Although he does not show his strong desire for success, he still wants it, and in most cases, he will do anything to have it.

As you can see there are two completely opposing characters are immersed in a personality that is often incapable of finding the right balance that would allow her to react and participate in a life struggle spontaneously.

In the end, we must say that this person has two scenarios in which his life can go – in first, he can be a hard-working person who can draw energy from higher sources, have good intuition, calmly and quietly work, sympathetically and somewhat distanced.

In other, less convenient, he is a dreamer who is unable to cope with failure and then will not even try to do something because he cannot guarantee success.