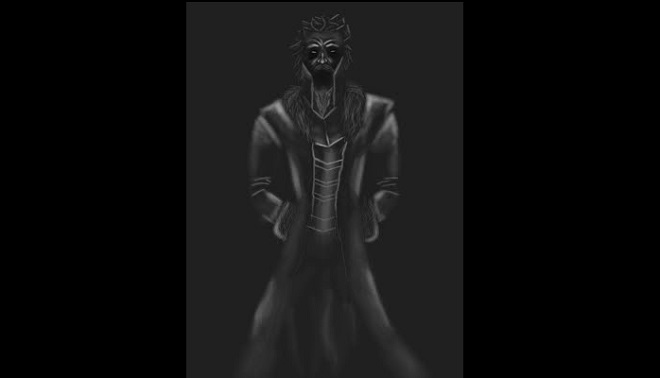 Greek deities were created by human imagination but some of the stories associated with them are so real and extraordinary to be excluded. Greek mythology belongs to one of the most developed and highly respected mythologies of the world, because it made an impact on the world like no other belief.

Names of Greek deities were used to name a lot of important events, projects and discoveries made by humans.

When we think about Greek deities, it is hard not to think about Greek tragedies and stories that usually used Greek gods and goddesses as main characters. Their lives were so widely known to people, that almost everyone knew everything about their god.

Gods and goddesses of Greece were protectors and patrons of all things that human did and all natural events we experienced. From their will and power, everything depended and this is one of the reasons why people showed them such great respect.

Greek god Erebus was also known as the primordial deity. He was the personification of darkness and everything that belonged to darkness. The name Erebus was often used in Greek literature to name the Greek region underworld, where dead souls passed after their death. This is something interchangeably with Tartarus.

Erebus wasn’t mentioned as much as other deities in Greek literature, but he was supposedly the father of many deities with Nyx.

The word Erebus was often used to describe darkness and negativity. This name was recorded for the first time in the sentence, “place of darkness between earth and Hades”. This was the first instance where we have the name or word Erebus coming up, and it was later on used in the same meaning in other mentioning.

According to a legend, Erebus was the son of Chaos and his brother was Nyx. This was written down in Hesiod’s Theogony and that is one of the rare mentioning of Erebus in classical works of Greek writers.

Many myths and legends link Erebus to darkness and some even call him the God of darkness. It was believed that this god was solely responsible for the transition of human souls to Hades, since the first thing they would experince after death was darkness.

He was also called the God of Night and shadows. Everything that was dark and mysterious to humans was considered to be caused by Erebus and his powers.

He had the ability to cover the world in darkness and shadows. Erebus ruled over the province called underworld, and this province existed until Hades was created. Nyx was the goddess that ruled over dark and he shadow, and she was a consort to the god Chaos.

God Chaos was the first Greek god that ever existed which made Erebus even more important. Chaos and Nyx had a son called Erebus and gave him the province called underworld to rule. Erebus later replaced Chaos at his position and married Nyx, who was his mother.

According to legends, Erebus had many children and some of them were gods of the dark and the place called underworld. Erebus’s children were called Ferryman  and Charon, but he also had a daughter, goddess whose name was Nemesis.

Another legend including Erebus was about him and the Tartarus. Name Erebus in literature, was also associated with one part of the world that lied underneath ground, where all the dead souls used to pass before going to Hades.

This region was called as the Tartarus, so many believe that Erebus had a connection with Tartarus.

This was place of darkness where all the souls gathered before completely going to Hades.

Like I mentioned earlier, Erebus had many children together with Nyx who was his mother. He also had children. Some of his children include dark gods and goddesses like Old Age (Geras), Doom (Moros), Divine Retributon (Nemesis), and many other, who were mostly linked to darkness.

Almost everything related to Erebus was considered to be a personification of darkness and despair, and many feared him and mentioned him with great deal of respect. Mythology also suggests that Erebus had a connection with Greek gods and goddesses, and there were several generations of Greek deities.

Second generation were the Titans and the third generation, and the most known, were the Olympian gods.

Erebus father was Chaos and his mother was Nyx. Chaos was a deity that ruled over the confusion and the void of emptiness. In the beginning of time, Chaos (who represented air), Nyx (represented the night) and Erebus (represented darkness) reigned together in the mysterious underworld.

There was no sunshine or light in the underworld, and nothing healthy lived down there. After he succeeded his father Chaos, Erebus married his mother and created offspring. Many myths link or describe this Greek deity similar to Hades.

Erebus had Nyx had Aether and Hemera who later succeeded Nyx and Erebus. According to ancient myths, that date back to the beginning of time, this first royal family was ruled the earth with darkness and shadows. When all the stories about Erebus and Hades are compared, there are a lot of similarities that tie them together.

Most probably, Erebus was the first deity to rule the Cosmos and he belonged to the first generation of gods. This generation was the one that ruled the cosmos from the underworld, and there was no enemies or threats to their rule.

The second generations were the Titans who were later succeeded by the Olympian gods.

He was the god of the underworld, probably the one part that was seen as purgatory for all the souls of the dead who went to this part of underworld before they continued to Hades. This is probably the biggest significance of Erebus as a deity.

Gods and goddesses of Greece were protectors and patrons of all things that human did and all natural events we experienced. From their will and power, everything depended and this is one of the reasons why people showed them such great respect. In today’s text we looked deeper into the life and history behind the life of the Greek god Erebus.

Even though he doesn’t belong to one of the best known Greek deities, he is surely one of the most important ones.

Erebus belonged to the first generation of gods who ruled over Cosmos and this was one of the first deities in Earth. His father was Chaos, who was the first deity ever created and whose existence is not determined and his mother was the goddess of the night, Nyx.

Erebus is not often mentioned in Greek stories and myths, since not many proofs of his existence were found. The reason why it is like that is because Erebus belongs to the oldest generation of Greek gods, and we don’t have much evidence in writing about them.

Even though Erebus is not one of the most influential gods in Greece, his significance in Greek mythology is not neglect able. He was the god of darkness, shadows and many believed that Erebus led souls of the dead to a place between earth and Hades.

He ruled over one part of Cosmos that was seen as the purgatory or part of the underworld where souls of the dead would gather. Erebus’s importance lays in the fact that many other deities, in later years, were inspired by his existence and were created upon his image.