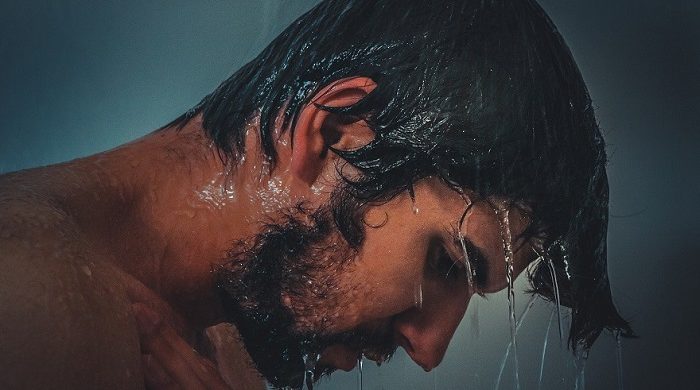 Any part of our daily lives could be a part of the dream world, directly or indirectly. In that sense, a bathroom with all of its activities (parts and elements that could be in some logical scenario or some bizarre even) could be a motive in a dream.

A bathroom is a room/space in the house, that is intended for the maintenance of personal hygiene and is synonymous with something clean, orderly and impeccable but also it could be a place where there can be diseases and everything that is not clean, but the opposite.

In a metaphorical sense, the shower can signify honesty, purity, innocence, unreality, as well as repentance and the “washing away of sins”, and bearing the symbolism of someone that we want to be intimate in a dream.

It is also said that this is the dream that comes to those that are obligated to change a lot in their lives and to become better people in every sense of the word.

But, the answer we want to get what does it mean to dream a shower? Does it imply something that is clean, or this is the dream that has one meaning – in reality, you must clear off your sins.

The Meaning of a Dream about the Shower

If you had a dream about the Shower in some general way, such a dream is, surprisingly very common and well-known motive because the fact is that the bathroom is used daily, so in a dream, it can be a “realistic projection” of the room in which we shower on a daily basis and that for many are the place of comfort and relaxation.

In this sense, such a dream about the Shower can subconsciously signify a desire for change, repentance, sincerity in words and actions, which are why the analogy of dreams about the bathroom is very interesting and such dreams, are interpreted in a wide variety of ways.

In a general way, the dream about the Shower means that you are the person that is quite inclined to be confused and disoriented, or the one that often fails to understand what you want or aspire to at all.

If in a dream you want to take a shower, but you are not able to do so, because that bathroom is already taken, such a dream implies that you are one very naive person that believes that everything will resolve on its own, and it never does. 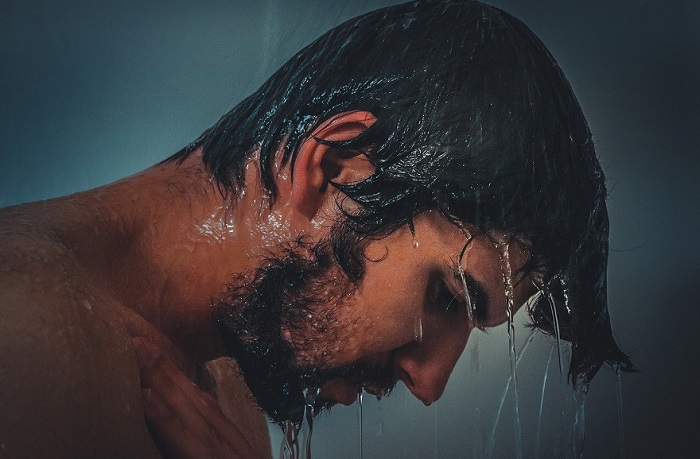 This is the soft spot in your personality, the place where you escape and where you try to resolve your issues, but you never can. You think that all the pain and problems will go away as the shower takes it down the drain.

But if the dream about the Shower depict you having the Shower or being in the Shower that is not located in your bathroom, your home at all, but it is located in some public place, like a public bathroom, or in a restaurant or some other public location, such a dream really means that you are a person with a great emotional blockage, too introverted and shy, and have one kind of fear, to show what you really feel at a certain moment.

This is the emotion that is leading you in the current moment, a feeling that has been blocking you from doing things that you wanted and dreamed of.

If you dream that you are under the Shower and that someone is trying to go inside and is constantly knocks on your door, trying to break into that place and take it from you in some way, and the situation is even becoming violent this is the dream that in your life you have a person that is interfering with your life.

It could be your parent, and it could be your lover, on someone very close to you in some other way, such a dream is once again, an invitation to become a more independent human being, able to make decisions on his own.

If in a dream you have a shower you do not feel comfortable, and you feel like you are getting even worse and worse with every drop of water that falls on your naked body, such a dream clearly implies that you are someone who is quite an indecisive person, and that other people always or mostly decide for you, and that you do not even struggle to protect yourself, neither do you have privacy, nor do you try to stand against it.

All of this, even if you do not want to admit it, is seen in your mind, in the depths of it, and therefore an aspect that is bothering you very much. Maybe the time is right to change something about it.

The Symbolism of a Dream about the Shower

Now, let us spoke more about the Shower itself, what it looks like in your dream? This is the aspect that can affect the symbolical value very much – if you dreamed of being in a bathroom that is synonymous with hygiene and cleanliness and is “dazzling” and completely tidy and new, the shower that invites you to clean yourself.

Such a dream, in reality, signifies that you need to listen to some tips or honest experiences, very close and dear ones that can help you to “find yourself”.

But, these humans have to be people who understand you, the real you, and the ones that want nothing but the best for you.

In the case of the Shower that is very dirty and messy, and you feel like you going to get infected in it, catch some disease, such a dream indicates that you are a person who is have lost faith in yourself, confidence and self-esteem and that you are quite easily defeated in the face of the least worry and trouble.

Try to work on your self-esteem and to become a person that is able to make the right choices in his/her life, and to not expect from people in your environment to make them for you.

To dream that you are in a shower that is very messy and dirty, and you are afraid of getting infected or sick – such a dream implies that you allow yourself to be afraid of everything and to view everything negatively and necessarily badly, so that in your life it is all “black” and disappointing, and that you do not manage to succeed at all.

You get out of this state because you have a negative attitude; you easily fall short and surrender to despair and self-pity.

Such a dream is certainly a warning that if you continue with such behavior, they will become much more than just habits, it will become your character that is not taking you anywhere nice.

As we have said in the beginning, such dreams are those that are speaking to you on some deep level, and as such, they are important to look at, even when their meaning is not pleasant.

The dream about the Shower often puts a focus on your intuition” conflicts with your rational actions or strict moral principles and attitudes, and that you are in a perpetual dilemma, whether to listen to” your mind or your heart.

You must make this balance, and make you a person who makes good choices that are combining these two aspects of you so that you are a successful human being.

In reality, the dream where you cannot take a shower means that you are very attentive and gullible and that you can in no way act on your beliefs and understandings.

Now, do you remember the dream about the Shower where the dream took place in some public space – this kind of dream often means that you are completely clumsy in communication with other people, or you are “disturbed” and easily confused and at the slightest need to reciprocate someone’s courtship or compliment, especially because you are secretly afraid of being ridiculed, and you will become too vulnerable if you “open up” to others.

And to change for the better, and to feel the beauty and joy of living, and not to be constantly in fear, stress and “in a contraction”, will you do wrong, embarrass or offend someone, and to lose your job or your money, and always “be the main and duty prisoner” for everything and everyone. Do not worry; just change your behavior.

Namely, the mentioned dream where the main motive is shower, it signifies that you are unhappy and unwilling, because you listen to other people’s advice and even orders, and sometimes you feel that you are “suffocating”, and you are under too much tension because you are pushing all your dissatisfaction with someone else’s or stirring or doubling.

Within yourself, and you tend to be quite tense and nervous, but also never to try to take a stand and confront what is bothering you or bothering you. Try to resolve your inner feelings that are not happy and joyful, and this will look up.

Also, we must say that you should be an extra careful in the case of the dream where you were trying to take a shower but someone was persistently knocking on your door to get you out as soon as possible, it means that you are a person who easily and consciously allows himself to be they interfere with decisions and life, so that you do not have “your true self” at all.

Because you do not have enough courage and confidence you often have this dream, but also because you may be used to it, and it is easier for you to have the support and someone else to be a leader and authority because you are either simply not or do not want to be “that type of person “.

Become a person that is self-reliant, self-confident, and the one that can become a balanced human being able to make choices that are good for you, even if they are not pleasant.

Stop waiting for others (regardless of their good intentions) to resolve your problems, only could do that.