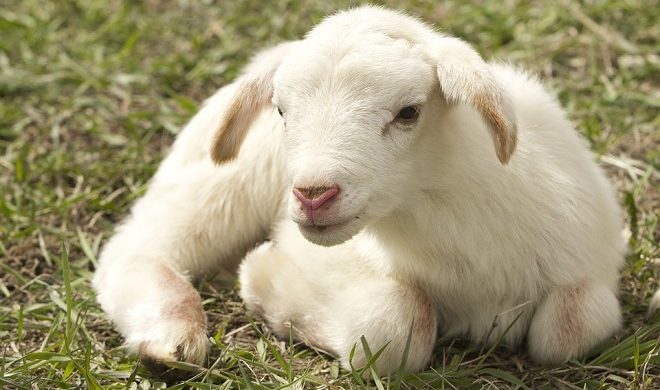 Sheep have been people’s companions for centuries. We domesticated sheep and since then they have fed us and dressed us.

Sheep symbolism varies from one culture to another. Some cultures consider them to be valuable and important while others not so much.

Different religions saw sheep in different ways and this religious symbolism remained until today without many changes. Sheep inhabit almost all parts of our planet, some countries more than other.

Calm – Sheep are very calm and peaceful animals. They rarely attach people and this only happens when they are provoked or threatened. Sheep that live in the wild are a bit more aggressive but still they are far away from dangerous.

Fearful – Sheep are very easy to scare. Even though they spend a lot of time around people they tend to get scared easily because this is in their nature.

Distant – Sheep can be hard to tame. When they are in the wild they can be pretty fearful and easy to scare so it is a real wonder how we even domesticated them. Since we now raise sheep from birth, they are much easier to live with.

Sheep as a totem

As totems sheep are very interesting. They combine several characteristics that form a unique personality that is both simple and interesting.

If you were born under this totem then you are a simple person. Things in your life are never complicated and you like to stay away from messy situations. 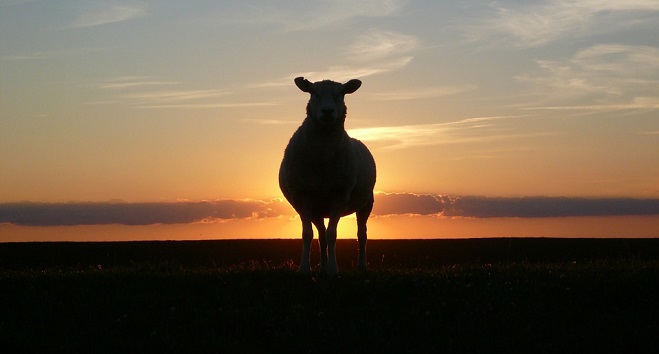 Things in your life are very much black and white and you easily decide whether you like or don’t like something. You like simple things like spending time with your family and friends, throwing a barbeque in the backyard or buying yourself something simple but dear to you.

People born under this totem are also innocent. Everything about their personality is childish like and they approach people in an almost naïve way. This can often get them into many troubles and people tend to take advantage of them.

They also tend to be naïve when it comes to love because they idealize their partners and make them perfect in their own minds. This can lead to many disappointments in their love life but on the bright side, they rarely stay down.

Their spirits are bright and positive and they don’t get depressed that easily. They always believe that people are able to change and improve their behaviors and they always grant them another chance.

People born under this totem are also very vulnerable. People can easily hurt them and make them feel bad because they open themselves up to others without thinking twice. Just like children, these people approach others with an open heart and mind without any judgment.

People born under this totem love adventures and settling of to distant and unknown places. This makes them feel alive and meeting new people is another advantage. They love jobs and careers that offer them enough space to explore new opportunities and ideas without restricting them in any way.

Jobs like journalists, reporters, doctors and social workers are perfect for them. Since they have strong empathy for other people they need to have jobs that allow them to express care for others.

People born under this totem are pure people with kind hearts. They never insult others or make them feel bad. It is hard to make Sheep people angry or anxious. This can only happen in cases when they are extremely hurt by someone’s actions. Even them they rather choose to distant themselves from this person rather than to use harsh words or revenge.

Their gentle way of talking to others and often naïve behavior is rare so you should definitely appreciate this person if you have it in your life. They are excellent friends who are never depressed and won’t drain your energy. They will take you on a memorable adventure somewhere far away, and together with them you will experience the beauty of simple things.

They are devoted partners and parents who will always be there for their partner and for their children. Overall, the only problem might be their vulnerable and naïve nature that can sometimes allow others to take advantage of these beautiful people.

Sheep as a symbol in a dream

If you see a sheep on the field in your dream, it symbolizes progress. It is possible that in the coming period many things will come to place, and you will finally relax and enjoy everything you have gained. Still, you will not forget the difficult moments that will teach you to appreciate what you have not noticed before.

If you are eating sheep in your dream, this means family problems. It may happen that you will have a conflict with your relatives who will not agree with your suggestions related to the matter you are all dealing with. They will claim that you have caused them damage and that you have taken what is not yours.

When you kill sheep in your sleep, it’s a warning that something bad will happen to you. You will probably see the real face of people who have successfully hidden it and pretended that they are your friends. You will stay without support of other people to which you are accustomed, but you are worried that it is better to be aware of the truth than to live in a lie no matter how tempting it is.

If you have been eating a black sheep in your dream, this means that a period of life with some difficulties within the wider family is waiting for you.

If you had a dream about a white sheep, then this means that your family is going to be doing great. Even you are going to have a great period in front of you and nothing will stand on your way.

The dream in which you are watching for the sheep on the field symbolizes prosperity caused by your actions and effort. It is possible that in the future you will earn some large amounts of money and with your efforts you will ensure the existence of your entire family.

If you hear sheep flocking in your dream, then this dream means that someone is yelling and gossiping about you. This person might even be your family member so be careful and avoid saying too much information to other people.

If you had a dream about a ram then you will be fearlessly attacking some of the problems that have been burdening you for a long time.

If you had a dream about feeding sheep then this will be a period of stability in your life, it won’t be abundant, but you will have everything you need and a basis for a good life.

Sheep as a symbol in different cultures

Sheep symbolism varies from one culture to another. To some they are precious animals and to others they are not so dear.

In China, sheep are considered to be very lucky. They are symbols of good luck and prosperity and many people pray to see them. Many people have sheep symbols and drawings in their homes in order to bring in more luck. In earlier times sheep were very commonly given as wedding gifts to newlyweds to bring them good luck.

Sheep in China is also a symbol of gratitude to the parents. This symbolism came from the habit of lambs to kneel down when they nurse. Sheep was a symbol of justice in ancient China and in Chinese zodiac, sheep sign represents creative, lucky and sensitive people.

In ancient Egypt and Sumer, sheep were considered to be sacred. Egyptians showed their appreciation towards sheep by mummifying them after their death. Romans and Greeks have added a lot to the breeding of sheep and contributed to the spread of sheep breading across Europe. Greek mythology has an ancient myth about the golden fleece in stories about Herakles and Odysseus.

In European folklore, sheep are very often used as symbols in songs and old stories. Today, sheep breeding is mostly present in Great Britain, Balkan and Mediterranean countries. In New Zealand, sheep are considered to be state symbols and biggest exporting power. Sheep quality in New Zealand can’t be compared to any other country in the world.

In Islam sheep meat is considered to be pure and Islamic cultures, many specialties are made exactly from sheep meat. In Christianity many prophets and characters from the Bible were shepherds and sheep as symbols were very important. There are even images of sheep in churches followed by the term “Agnus Dei” which means Lamb of God.

Sheep were often used for sacrifice in the past. They carried a lot of value for people since they offered meat and wool, so people thought they were worthy sacrifice to Gods.

In Western Zodiac sheep is used as a symbol for Aries. This sign is the first sign of the Zodiac that symbolizes determination, strong will, lusty and daring behavior. In Madagascar sheep are considered to be reincarnations of human souls and they shouldn’t be eaten.

People today often get sheep tattoos to represent their daring, innocent and adventurous nature. They are mostly guided by Zodiac signs since they best represent sheep symbolism that is actually a mix of centuries old sheep symbolism gathered in one sign.