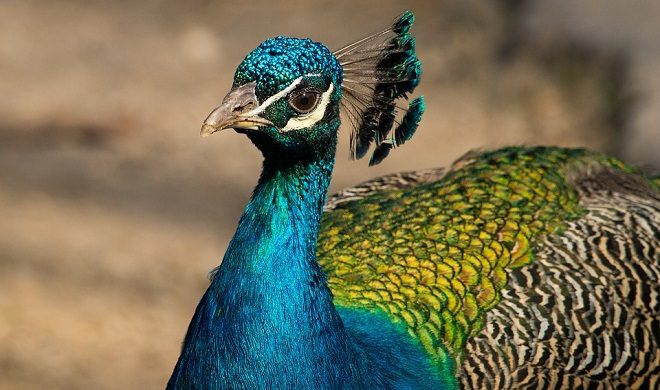 Peacocks are colorful birds that inhabit large parts of our planet. They are best known for their colorful tail feathers that definitely attract attention.

They are mostly symbols of extravagance and flashiness. We often use peacock symbolism to compare them with people who like attracting attention and who love dressing up.

Beautiful – There is no denying that these birds are beautiful. Their colorful and large tail feathers definitely set these birds apart from all others. It also seems like they know that they are gorgeous so their attitudes express arrogance and confidence.

Calm – peacocks are not aggressive birds. They rarely get into fights with other birds since they prefer posing around. These confident birds only fight with others when their territory is endangered or when they need to compete over a female.

Peacock as a totem

As totems peacocks are symbols of royalty and extravagance. Peacock people love everything that is expensive and luxurious. If they can’t afford it then they will be streaming towards that kind of life. They might seem superficial to other people but this is who they are and they don’t hide it. They enjoy pampering themselves and spending every dime on a little bit of luxury.

These people are also visionaries. Since they enjoy everything that is a little bit expensive they need to dream big and work hard. Everything they have in life wasn’t given to them, they earned it.

Their ideas and visions are very progressive. A lot of them are politicians and scientists who bring us innovations and plans that move us forward.

They enjoy working on jobs that give them enough space to show their creativity. Everything that restricts their mind and imagination is unacceptable. 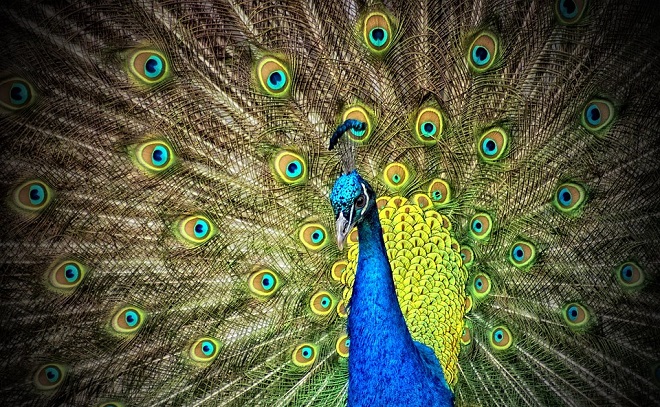 People born under this totem are immortal in a sense that their ideas and lives get remembered even after their death. They usually give us great plans and visions and many of them are famous people.

People born under this totem are very confident and their self-esteem is usually through the roof. They seem invincible to others and it seems like nothing can harm them. This kind of behavior helps them in life, since attitude is sometimes all you need in life.

This self-esteem is backed up with great talent and if they use it in the right way, they can reach great heights. One negative characteristic might be overly confident behavior that can look like arrogance to others. Because of that, this self-confidence can often cause other people’s envy and jealousy.

Peacock people tend to be a bit flamboyant. This means they enjoy dressing up classy and extravagant so that they can stand out in the crowd. This kind of style is considered a bit too much by other people, but peacock people don’t care about that.

Another thing that sets these people apart from others is their beauty. Whether this beauty comes from the outside or inside appearance they are definitely attractive to other people. This attraction topped with their refine manners is a perfect match. Peacock people strike others as classy and confident people with a lot to offer.

Overall, peacock is a symbol for a confident and mature person who knows what is important in life. They work hard but they treat themselves like royalty and reward themselves for that effort. You will find a loyal friend and partner in these people who will treat you like you are the most valuable thing in the world.

Peacock as a symbol in a dream

Peacocks in our dreams can have different meanings. They can have a positive or a negative meaning, depending on other symbols we dreamed about and the overall feeling of the dream. This is why it is important to remember as much as you can about the dream in order to interpret it fully.

If you see a peacock in a dream, it warns you that you have a disloyal friend. It’s possible that he will be telling you things you want to hear and that he will support you in decisions that are not good for you. You will think that you can only trust him or her, but you will realize that they did not really care about you, and that they were only thinking about themselves.

If you were chasing a peacock in a dream, it indicates that you strive for perfection. You are the person who always expects more from yourself so that this prevents you from enjoying what you do without burdening yourself with the question of whether it is good enough. People around you look at you, so that you would feel hard pressed to achieve average results that would ruin your image in their eyes.

If in a dream you see a peacock with a wide tail, it symbolizes happiness in love. It is possible that you will start to appreciate your partner’s virtues and that you will do your best to make your relationship successful. You will realize that by now you have made only wrong choices and you will give the chance to someone with whom you could have more passionate love than ever before.

When you see a peacock feather in your dream, it signifies business success. It may happen that you will start working in a company where your knowledge and effort will be rewarded very quickly. It will not be difficult for you to deal with easier tasks to show that nothing is under your honor and you will conscientiously fulfill your obligations.

Peacock as a symbol in different cultures

One of the most beautiful and the most exotic birds in the world, the peacock has long attracted the attention of man with his luxurious feathers and a graceful walk. It is most often associated with the desire to be at the center of attention. In history, myths, legends and traditions in different cultures, symbolism of this bird is not only related to its beauty, but also very often for spirituality, vitality, nobility, protection and immortality.

The ancient Greeks and Romans believed that the bird of paradise was devoted to Heri, the goddess of marriage in Greek mythology, whose counterpart in the Roman mythology was the goddess of Junon, who held peacocks in her temple. A

ccording to one version of the legend, jealous Hera set up Argus, who had a thousand eyes to guard Zeus’s secret love of Yue, whom he had protected from the anger of his jealous wife turned her into a white peacock. When Zeus ordered the killing of Argus, Hera rewarded him for being faithful by turning him into a peacock. According to the second version, Argus fell asleep while guarding Yue, and Hera took out all his eyes and placed them on the tail of the peacock.

In ancient India, peacocks decorated gardens. Pictures, statues and carvings with their characters decorated the royal palaces. Peacock’s throne, decorated with diamonds, on which the baldachin was a golden peacock, was used only for important official ceremonies.

Peacock is the national symbol of India. Today, peacocks can be seen in Indian temples. Many Hindu gods are painted as they ride on peacocks. It is seen as a symbol of transfiguration, as it is believed to have swallowed the poison of snakes by which they create their multicolored feathers. It was also believed that their feathers and flesh were cured of the bites of snakes and illnesses, and the blood was consumed by evil spirits.

Peacock was a holy bird in China, where he represented the Buddhist Life Point and the Ming dynasty. In China and Japan, the peacock is dedicated to the goddess of mercy and is a symbol of compassion and kindness, and it was believed that after the death of his couple, he died of sorrow. The Chinese believed that only looking at a peacock, women could become pregnant.

Christianity sees symbols of salvation and a symbol of omniscience in the peacock, a holy spirit, and a witness to the Church. In the Christian tradition, the peacock symbolizes the sun’s wheel, and the patterns on his tail resemble the starry sky.

A very interesting symbolism is associated with the peacock. Because he was upset before the storm struck, he became a symbol of rain. To bring rain, and to make people, animals and earth fertile, peacocks have long been sacrificed as victims.

Peacock is a symbol of beauty, immortality, progress, royal dignity, pride, love, compassion, soul and peace. Because of the belief that his flesh does not rot, he became a symbol of immortality. His whipping and showing feathers are interpreted as a symbol of pride, arrogance, and vanity. In Europe, his voice and feathers were considered to be a sign of evil fob.

In popular culture we often use peacock as symbols for vanity and beauty. Because of this we compare people who are arrogant and overly confident to peacocks. Peacock tattoos are carried by people who enjoy being in the center of attention and who value the importance of beauty in its every form. This beautiful bird has a rich symbolism that will only continue to develop and change as time goes by.