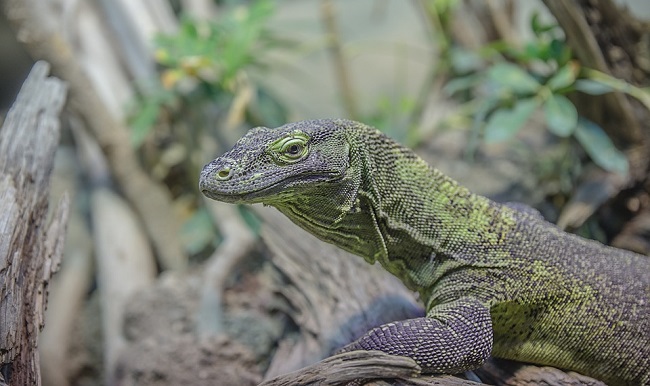 Geckos are reptiles that belong to family of lizards. They are very small and come in various colors and appearances. We can find them on every continent in the world and they are not easy to spot because of their size.

Geckos are very adaptable and they can survive in places that vary from rain forests to deserts. Evolution allowed them to become resilient to these rough living conditions and also to avoid being caught by predators.

They use their skills, mostly their speed, to avoid being eaten. Their long tails serve as an additional limb and they use it mostly for climbing on trees and branches.

These colorful animals are not only beautiful but there is also a symbolism behind them and a deeper meaning that interested people for centuries.

People encountered lizards everywhere and even though they don’t bring harm to humans, they were never associated with something good or positive.

We will introduce you to the secret meaning behind this beautiful animal and the way they are portrayed as an animal totem and as a symbolic image.

Flexible – Gecko’s are very flexible and they can basically climb on everything and get over any obstacle in front of them. Their bodies are very low to the ground and their limbs and claws help them connected firmly to everything they grasp.

Reptiles are not built as humans and their bones are much more flexible and adjusted to tough living situations they have to overcome.

Adaptive – Gecko’s need to be adaptive to tough surroundings and this is why they can’t be picky when it comes to food and shelter. 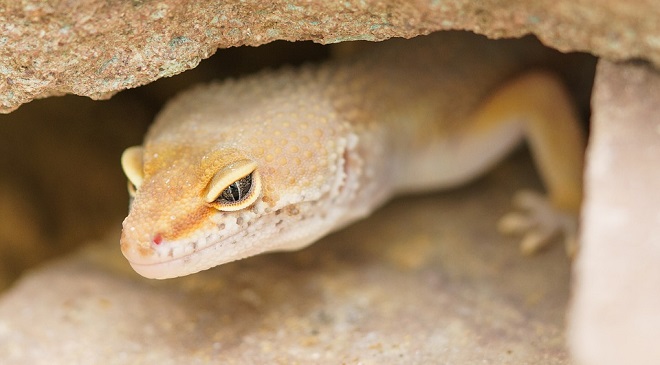 Their rough skin and flexible bodies help them survive hard rains and boiling heat. This is why we can find gecko’s on every part of the planet and in every living condition possible.

Quick – One of the more obvious traits of geckos is that they are very quick. When you consider their size and that they are threatened by almost every animal around them, they need to be superfast in order to escape them.

Geckos rely on their speed to avoid obstacles in their way and to run away from predators when they confront them.

Shrewd – Geckos are also very smart or shrewd. They can predict how one situation might evolve and adjust to it accordingly. They can sense when their predators are nearby and in order to escape and save themselves, geckos need to find a way to get by them unnoticed.

Since they are not big and strong, geckos use their speed and intelligence to survive in tough living conditions. Shrewdness is very important when they are trying to catch a prey. They need to figure out a smart way to trick their prey without scaring it or letting it escape.

Trickster – This is another interesting trait geckos have. They need to be intelligent and outsmart their prey in order to catch it. They need to be smart enough to escape from predators as well so that they don’t end up as somebody’s dinner.

Geckos often use ambush methods to capture prey and this takes courage and trickster character to be able to plan something like that.

Regeneration – Another amazing thing about geckos is that they change their skin every once in a while, just like snakes do. They shed their old skin and continue on with their new, rejuvenated skin that was underneath the old skin.

This regeneration is an important part of gecko’s life and it usually happens after the old skin starts to fade and become flaky, colors become dull and that is when gecko is ready for the new set of skin.

Smart – Even though you might not hear this often, geckos are very smart. They are intelligent animals that rely on their brains in order to survive.

This reptile uses tactic planning when he tries to capture his prey and tactic getaway plans when he is trying to escape being eaten.

Fast – Geckos are not only quick in their movements they can also run really fast. Their legs were designed for running and they can escape almost every dangerous situation.

We are unable to see them most times, exactly because they run away before our eyes can even focus on them. This helps them survive predator attacks and dangerous situations.

Gecko as a totem

Now that we know more about this reptile, you have a clearer image on how these traits can reflect on people. People who have a totem represented by a gecko are very clever and “street-smart”, as we like to call them.

They can understand every situation in which they are in and this helps them plant their next step. You can never really guess what these people are thinking and it is hard to get inside their heads.

They are usually very athletic as well. If they are not practicing a sport then they enjoy spending their free time watching sports or doing it as a recreation. They love being on the go and their actions and movements are very quick. This is a person who doesn’t like being in one place and you would usually find these people working as lifeguards, salesman and entertainers.

People with this totem also reinvent themselves often. They live in a certain way and then they decide one day to take on a different path. This trait connected to geckos can also represent ones will for personal growth. People like this like to test themselves and learn new things through experience.

Their wisdom comes from life experience and various real-life situations. They collect knowledge and reach deeper places than most people. This is why they come across as extremely intelligent, full of amazing stories and experiences that keep us wondering, how they became so interesting.

These people are very brave. They are not afraid of big enemies and problems that come across their way and they will use their brain instead of their strength to win. They will figure out a way to outsmart even the biggest trouble in life without straining a muscle.

Negative traits of these people could be that they can be a little too shady and unreliable. They tend to think two times faster than other people and they can predict certain situations before others do. This is why they have an upper hand when it comes to realizing a strategy and a way out.

They can also be distant and superficial. They tell you a lot but you never really get to know them completely. Instead of sharing their emotions, they use their stories and tactic to avoid questions about their privacy.

Another negative trait is that they can be very unproductive and lazy. Because they are used to their ways, they can’t realize sometimes that they have fallen into a routine and that they need to get out of it. They need to learn how to use their talents and how to figure out a way out of this routine.

Bright minds will help them with this, if they focus hard enough. Their biggest enemy is actually themselves, because their egos get in the way quite often and they are unable to break the cycle they have got into.