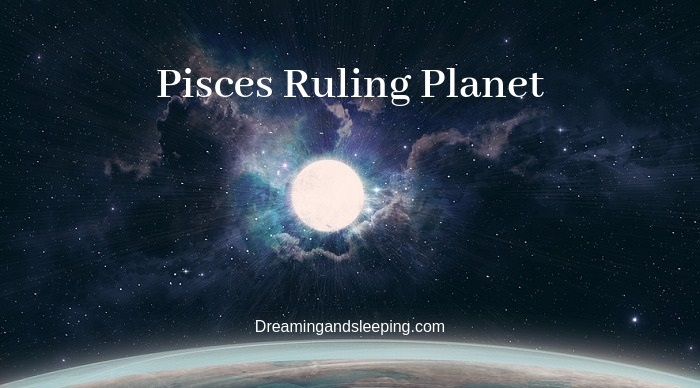 Each planet in Astrology has its own area of government and symbolises a unique aspect of our inner and outer world – and in this sense, one research came to the staggering conclusion.

It was said that planets can choose your profession in life – so the largest number of people born, for example, at the time of the surface of Mars on the horizon and at the time of its passage through the highest point on the path, and later they become scientists, doctors, athletes, soldiers.

While actors, painters, musicians, artists were born under the strong influence of the Moon, Venus, Jupiter, Neptune, or Uranus. This is not an accident, we can say that this is more like a rule, and if you make one simple test and see who around you is under the impact of these planets, you will see that this is true.

And Neptune is the ruler of the Pisces Zodiac sign, and this is the planet that is connected to the imagination, illusion, and deception, and especially self-deception.

Do not, even for a second think that this is a bad thing – all of us must sometimes jump into the world of dreams and imagination, becoming more sensible.

However, the presence of Neptune may be associated with the use and abuse of unhealthy “substances”, so things can get a negative turn.

In the life of Pisces, every scenario is possible, and every outcome is plausible, but there are two things to remember here.

One is the fact that they have abilities to make wonders from their life, and other is that they are their biggest threat.

Pisces people are those human beings who understand deeply; they often find themselves in the company of very different people – their emotional nature accepts anyone in their comfort. Their willingness to give themselves in an emotional sense fits into the whole picture of the understanding of other people this is a deep understanding, not superficial and not for some selfish purpose.

These children of Neptune loving the fact that they are able to be someone’s support; and in addition to being unaddressed for leaders, their presence is important in every other matter, because leading others is not always enough.

Pisces people are distinguished by empathy and expressed emotional capacity, and they tend to consider inexplicable things that life brings to make them feel happier and fulfilled.

As we have said in the intro section, their ruler is the planet Neptune that is in charge for dreams, psychos, metaphysics and creativity – and you can imagine the amount of all these characteristics that Pisces have. That’s why these humans are more intuitive and maintain artistic talents.

On some more negative note, these human beings born in the Zodiac sign Pisces, under the rule of Neptune can be judgmental, even if they hide it.

So their judgments can be accentuated, they are overly sensitive and focused on themselves and their problems – and this is so paradoxical since they are those who want to help others in any way they can. But Pisces are often drowned in their own problems, and they are the ones that need help.

They are prone to isolate themselves and think about their evil destiny thoroughly, form this, and you can see how much Pisces are subjective people and look at things from their own perspective, not the objective one.

They can be very lazy, and it takes a lot of time before they find an aspiration to move on. They allow things to happen, and they do not even give out a crutch of resistance.

They often do not have the strength to make some necessary changes in their lives.

They can be indifferent, insecure, unstable, even inflexible people, but what is certain, at a particular time of their lives these humans cannot make a simple decision. They are quivering and impatient, and lack tolerance, right in the time when they need it the most.

But the biggest problem in their lives is the fact that they are their worst enemies – Pisces feel on the unconscious level that they often isolate themselves from the world.

What we can also say is that their impracticality can give a lot of problems in everyday life, and this can be seen the best in times when Pisces people go against their interests. Sometimes they cannot show their emotionality and romantic side in the right way, so they find they misunderstood from people.

Gentle, considerate and unconditionally generous, Pisces people emanate deep emotions, and it is truly something that cannot be compared to anyone else when it comes to love.

They are passionate lovers who have the need to feel the real connection with their partner -they cannot fake anything; they cannot hide their feelings, eyes will tell the truth.

Short-term connections and adventures are not unique to this people, even if they can have them, in times when they cannot choose what they want to do in life, and when they are lost, or after a break-up or heartache.

In love connection, Neptune children are blindly loyal to their lovers, and above all, they like to give and make their partner feel very valuable, and love and no one in Zodiac can come even close to this ability.

Gentle Pisces human beings can be the best friends that exist and everyone who has them as friends know how valuable they are. In fact, they very often put the needs of their friends in front of their own.

They are devoted, dedicated, and compassionate; no problem for them is too great. Whether there is a small or big problem in the family or among friends, they will do their best to solve this. They are deeply intuitive and can feel something is wrong, and before it comes out.

When it comes to Neptune’s impact in other issues in the life of the people who are born in the Pisces sign, we must say that those who belong to this group are very intuitive and often dreamers.

In a practical sense, this means that they achieve the biggest success in their work and feel the best in a position where their creative abilities come to the fore, even better if it is for humanitarian purposes.

They are those human beings to believe that they are doing something worthy and something that will make a difference in the world, even in some small way. But success will never come easily, and it is very important for Pisces to be persistent in their endeavors.

On that road, there are many obstacles, primarily the one that they put in front of themselves, not the objective challenges, and it is all in their “crazy” Neptune heads.

We must also say that Pisces people must have the inspiration to make something happen; without it, they will fail miserably in anything they do.

Inspired by the need to make serious and long-lasting changes in the lives of others, they are willing to help even go beyond borders, and they will do it with their sensitive, deeply compassionate, valuable, dedicated and reliable nature that can help them reach to the core of things. They can be great at solving problems and can work amazingly as mediators in social or work environment.

As far as money is concerned, Pisces people are much more preoccupied with their dreams and goals than money itself; ok they love to spend it, but they are ok when they do not have it, they act the same.

So, for everything, money is needed, and in this sense, they will make sure that it is enough to achieve their goals and dreams (those that are important to them at that moment, this is something that changes from time to time).

Did you know that the planet Venus was discovered in the mid-19th century and is seen as a great connection between illusions and the birth of psychoanalysis? Everything that has to do with things that are hidden or mysterious, strange and deep, it has got to do with Neptune.

Astrology recognises it as a mysterious planet- the one that is the master of the sea, and also, surprisingly chemical compounds. Neptune is a planet of dreams, illusions and deceptions, and human who are under its influence are prone to exaggerating in alcohol, drugs and everything that is unhealthy in some way.

But like all things, Neptune has its great side, and it can produce great artists, actors and dancers, people with an unrealistically brilliant look or behavior (many Pisces are described as such, and have many, if not all of these traits).

Neptune in astrology applies to a mysterious planet that has a lot of symbols in it; it gives people who are born under his rule a great opportunity for telepathy, a desire for travel, but also a tendency to deceive, wonder. In some negative connotation, Neptune gives birth to sick people, usually with mental disorders.

So, Pisces people are those who are drawn to things that are abstract or reverse. Their nature is dreamy, suspicious, and emotional, even exotic, and everything these people must be extraordinary, huge and imaginative.

The problems occur when they let part of their personality that is excessive and obscure show.

In the end, Pisces people have very poetic, often mysterious, at times naive, spiritual, and visionary nature that can be lead to success or can be misused and lead to failure.