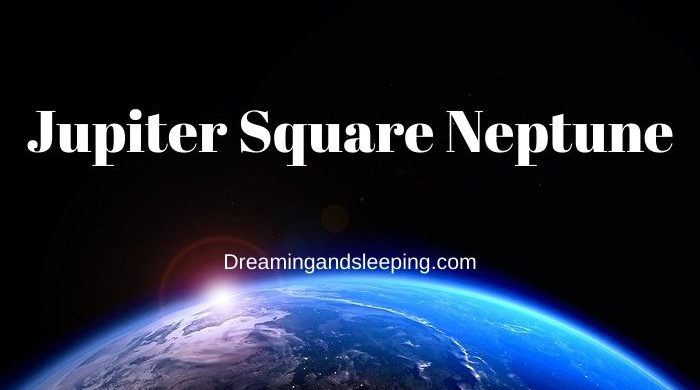 This is one of the most challenging aspects that could be formatted between the two planets, and in this case, it is the square position that breaks all chains between Jupiter and Neptune, but as a surprise, it brings numerous positive traits.

One of the most interesting parts of this square is seen when such an aspect is active – it arouses a dreamy spirit, imagination, compassion, brings new visions, idealism.

This is the aspect that has such a good side, even if such a side comes from difficulty, since the square position is hard, and that side is seen in our need for experiences to broaden, and to lead us to the better awareness and deeper knowledge.

There is something deeply holy about this aspect, in the way that we need faith in order to pursue our goals. When faith is shaken, the destination is uncertain, and we will easily stray along the way.

If you look at this aspect from a simple point of view, you can see the merge of two planets, one that is expanding the other one’s traits, like dreams and imagination.

As you expect, this can be as beneficial as distracting – depending on other aspects found in the natal chart.

People who have this position in their natal charts have so many good sides, and when this aspect is not under the impact of other aspects that are not favorable.

One of the best traits that could be found in their lives is their willingness to help the weak selflessly, to be a helping hand to those who are so powerless, and those in need.

This is the aspect that goes very well with the creative expression, spreading awareness, art, meditation – people adorned with this aspect have all the above, without a doubt, directed in various directions. 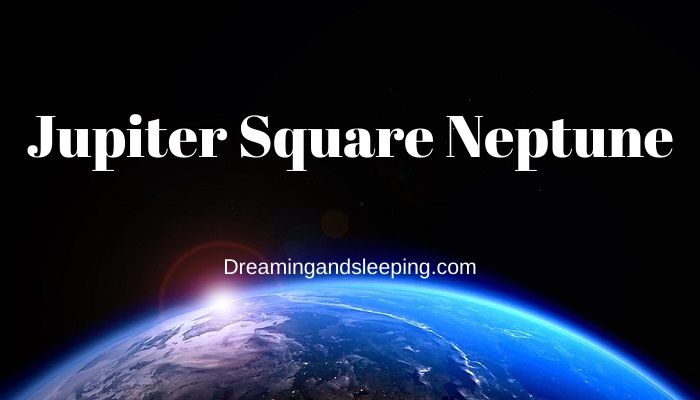 Have one thing in mind that this transit is the one that is gathering two very slow planets whose impact is felt very much.

In terms of characteristics, these are two very similar planets that can bring about various types of changes in the world, and the fact is that they do not have any major basis, so they create a counter-effect, and instead of increasing some earnings, many will encounter a reduction in business.

So, it does not mean that things are as bright as it seems, and it is advisable for those who have this position to avoid “gambling” in any way, shape or form because they can lose a lot.

We believe that there is nothing greater than this in our world than not to live lead by your selfish needs but to live for others, and their benefit.

Here it is a good idea to speak of one famous member of this aspect – Leonardo DiCaprio – one famous person who is dedicating his money and time to leave a world a better place; he fights for a healthy environment.

The best possible thing that they could do is to have a realistic view of reality that is beside them; and they are truly able to daydream, fantasizing, believing, and we are distant from what truly is, from what is possible. In reality, this means that nothing is impossible in life, and at times it truly is not.

They could reach the stars, and this firm belief is the one that keeps them going even when the times are hard, and noting seems that is going in their advantage.

As long as they are able to remain careful, regarding some of their judgments and perceptions that may not be the most realistic. It is easy to deceive or allow others to do so; so they must be surrounded by good people.

Lying, delusions, and insincerity are common. Fortunately, it won’t stay hidden for long, because these people are able to look beyond.

Now, we cannot escape from the difficulty of this aspect, and it is the one that brings us the rapture, the false promise, the belief that it is possible, even if they are the ones that will collide with the wall and disappoint in numerous ways.

The image that is presented by the square of the planets Jupiter and Neptune is the one that also brings the mind that is falling apart. Dealing with reality can sometimes be harder to bear for these people, and often they are surrounded by moral preachers, false teachers, gurus, spiritual guides, unreliable seducers – those who speak ‘great truths’ behind whom they cannot stand by their actions and example.

Addictions may be on the rise when this aspect is active, especially for those who have this aspect active in their personal horoscope.

Also, in their lives, there is an active possibility of being cheated; and it comes from their trust to people who are far from their promises.

This transit will give some people the spread of lies and new lies based on the old ones, and in the end, some of them may be forced to make bigger investments at work that others will not appreciate.

And as much as this aspect has its benefits because it is truly a transit that gives us selfless sacrifice for good, it can also cloud our realistic view of reality. In synastry, this is seen in the character of the people who are not realistic in love and who are spending their time in daydreaming, fantasizing about the perfect love, and they are not giving out of their idea that the perfect love does exist.

The fact is that this aspect makes people moving beyond what it really is to what is possible.

In reality, people who have this aspect must be on guard because some of their estimates and perceptions may not be the most realistic in their choices in love; so it is very easy to deceive themselves and allow others to do so.

Remember how at the beginning of this piece, we have said that this aspect brings problem in trust – lying, delusions, and insincerity are common in love connections when this square is active.

Fortunately, they have the chance to snap out of this problem.

In the early years, those who have this aspect in their natal charts can be easily carried away by the passion, along with the false promise, the belief that it is possible, and then collide with the truth and be disappointed.

The worse disappointments are those that come in love, and when they do, it seems that their hearts and souls are falling apart.

As we have said before, people of this square position, along with some others, find the major success when they focus their energy on helping others.

They are usually willing to selflessly help the weak, the powerless, and those in need – they are not interested in profit, but in what they can give to the world.

This is also the aspect that goes well with the creative expression, spreading awareness, art, meditation – you can find numerous jobs that have one or all of these traits incorporated in them.

Always bear in mind that the planet Jupiter is the one that is connected to rich people, happy circumstances, optimism and relaxation – in this square, it is the symbol of communications and information.

The challenging aspect between “strong” is felt, and its creative energy is used for the benefit of others – but also that business that has to do with sports, tourism, marketing and the media.

Also, it can be inspiring for artists, especially actors and writers; because the planet Jupiter, a symbol of expansion and enlargement, in bad aspect with Neptune, the planet of delusions, warns on caution on both real and virtual journeys, when making agreements and signing important treaties.

It can occur for the people who have this aspect to deal with problems in their work – they can be victims of fraud. And the worst part is their need to escape – dealing with reality can sometimes be harder to bear, then to enjoy time in dreams.

All of this could have even sinister turn – addictions can be on the rise (alcohol, narcotics, opiates and various drugs) because they are not able to deal with the pain that they are experienced from the loss in the project that they have believed.

In the end, on the professional journey, they will meet and be cheated by moralizing ministers, mean teachers, gurus, holy gurus, unpredictable tempers, those who talk “great truths” who cannot attain by their activities and pattern.

They must be stronger than them, and do everything that is in their power to reach their desired direction.

When we find ourselves under the impact of the square of Jupiter and Neptune, we must find something that is our own, and it can give us the “soul” for imagination, dreams and (un) realistic desires.

And you will admit that you, and everyone around you, will have a feeling that we are living on the edge of the real and the possible, in your own “matrix”, in our bubble, whose walls are much thinner than they seem.

But somehow, we feel comfortable in that bubble and are afraid to step out of that comfort zone.

This is also one period of retrospection, wandering in the fog, and waiting for a definitive solution to a particular problem or situation, however, now that it is direct again, Neptune is bringing about a solution to the situation through intuitive insights into future developments.

This is also the time when you will feel little “nervous”, that is, shy away from lethargy and fantasy and begin to fight for their goals.

Such a square brings a field of new opportunities, along with a struggle for our beliefs and ideals, however unattainable they may be.

Make sure you schedule your energy well this year, do not chase the soap bubble, which will burst before your eyes, the moment you catch it.

On the other hand, don’t be a goose in the fog either, fight for your goals (whatever they may be), but choose your battles carefully, because not everything in life is black or white.