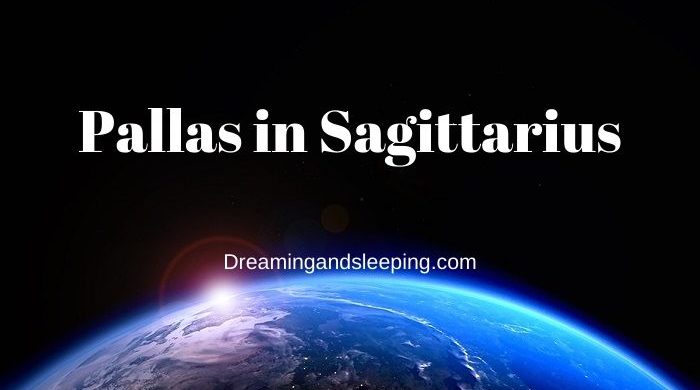 It can be positively flushed out in the form of the impulse for a pioneering career pursuit or, in the negative, as a fear of success.

The other face of Palas Athena can be revealed based on her past, before she became the protector of the state and the defender of the conquering order.

However, stories from earlier times about Medusa speak of the beautiful queen of the Gorgonian Amazons (such tribes actually existed before the Hellenic invaders).

The emergence of Medusa is again a reference to the sociohistorical change that ended the era of women’s political power in its earlier form and led to the introduction of a new system.

His vision of life includes a scientific and moderate approach, especially regarding beliefs.

He is not in favor of fanaticism and absolutist philosophies but of adopting balanced attitudes towards what is believed.

He can be a very good teacher of philosophies or religious matters. Because of his wide level of knowledge, as well as a deep wisdom that allows him to know the human spirit even when he is very young, his contribution can be highly appreciated.

To this is added a great level and not at all forced sense of objectivity. 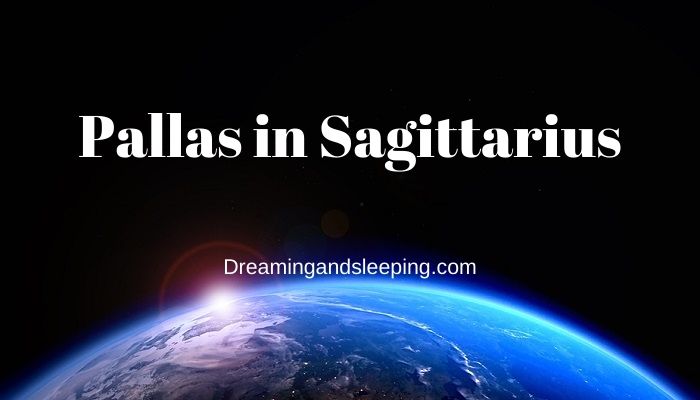 The Palas thus set out indicate a creative thought that can be expressed through grand visions as well as through politics, philosophy or some social ideology that can also lead to revolutionary social change.

It can also indicate engagement in the field of education as well as in the legal system.

In the politics set out like this, Palas is fighting for justice and some ideology, so here we will have advisers to rulers as well as religious warriors such as Crusaders or Jihad warriors.

In the role of the healer, Palas in Sagittarius manifests his healing powers through the application of mental healing through visualization.

Here we can also have a shaman or guru who heals through spiritual knowledge and power.

One of the typical representatives of the position of Palas in the sign of Sagittarius was Leonardo da Vinci, one of the greatest painters and inventors of all time, whose Palas resided on Asc in Sagittarius, from which he formed the great trigon with Mercury – the ruler of Mc and Pluto in Leo, which it allowed him to display exceptional creativity through his paintings, but also ingenuity and creative intelligence through numerous inventions and patents.

In Sagittarius, perception becomes more conceptual and, in a way, hidden mechanisms are apprehended as a consequence of the “first glance”, and of an immediate and elective conceptual analysis-synthesis.

In the same way philosophical-religious ideals are expressed and maintained and many times, they are not only expressed in a practical and utilitarian way, but even practicality and utilitarianism can be conditions of ideals.

The ability of Sagittarian vision facilitates to Palas the capture of the underlying ideology in a certain medium, thus favoring the ideological understanding in terms of the spatial-temporal conditions, which predisposes to perform functions of “government advisor”, of organization, of great company,

This is a case in which philosophy itself and personal religious beliefs easily condition ideology; and the social activities that this position may give rise to, that nuance.

Presumptuous, arrogant and manipulative when confronted with others. Fantasy, impatient and susceptible. They are bothered by trivialities, and if provoked they can become scandalous, vulgar and violent.

However, envy is their main defect, which can ruin their lives. Faced with confrontations, they lose the sense of proportion and elegance, and overflow with the slightest setback.

Insolent and irritable, they try to keep up with events, with a strong aggressive charge. They use their candor to hurt others and release the acidity of their worst feelings.

They have a marked tendency to worry; anything will put them in tension and torment them. They use promises and all kinds of commitments to try to get out of the problem that worries them, getting only to commit more in exchange for time.

Another of its shortcomings is the tendency to impose their opinion on others by interrupting them while they speak, and preventing them from exposing their ideas.

They can be very stubborn and tend to say too many things.

You can establish a very high level of trust, but in many cases they are not reasonable. Many times they have difficulty learning from their mistakes.

Some have a great genius that can appear in situations that for others lack importance. They are quite thrown, impulsive and very proud people, so they don’t like to ask anyone for help.

Sagittarius is the ninth sign of the zodiac and is ruled by the planet Jupiter. Sagittarius watches in the distance, looks to the future and strives to know the meaning of all things, perceiving the world in a holistic way.

People with much influence of this sign in their natal chart constantly try to broaden their horizons, whether traveling and knowing other cultures, or immersing themselves in philosophy.

They want to form their own idea of ​​the world and acquire knowledge until the end of their days.

But its objective is not to accumulate concepts, but to understand their meaning and how they relate to each other to get to form a whole.

This is why they are sometimes interested in religion or spirituality; Faith and experience are even more important to them than knowledge itself.

Their contagious optimism can sometimes make them forget that life also has its least pleasant aspects, and be followed by periods of deep depression without them knowing at all why.

They need convictions, and they usually drag others into their waves of enthusiasm.

However, this can sometimes turn against you when belief becomes fanaticism.

Sagittarius shares with its opposite sign, Gemini, a multifaceted character. But while for Gemini this may be an end in itself, for Sagittarius it is a means to achieve its end: to reach a broader knowledge.

Like the other signs of fire, Aries and Leo, it has the ability to change the course of life. Aries provides the momentum, Leo is the center of attention and Sagittarius infects us with his ideas.

From the quadrature signs with Sagittarius, he can learn from Virgo to pay attention to details and, from Pisces, to rely on the flow of life.

The Sagittarius sign is the energy that understands and synthesizes reality. His psychology full of abundance and generosity is the product of having found the meaning of things.

The centaur represents Sagittarius, half animal, half human. The man with his bow and arrow points and marks a direction and vital sense; and all, with the brute force of the animal.

With Sagittarius we get a broad perspective of what happens. His global vision shows why the facts, resulting in an innate confidence in life.

The Sagittarius sign psychologically develops ideals and thoughts, which are the patterns that constitute his way of walking through life.

The thinkers and philosophers are Sagittarian people. Religion as a search for truth is something intrinsic to the energy of the Sagittarius sign.

The Athens Palace in Sagittarius can see the big picture. They can help others in their mental healing by using pictures.

They can also heal with spiritual means. People with Palace in Sagittarius want to create art that displays universal principles and emphasizes the unique qualities of different cultures.

They are a knight in shining armor, ready to defend truth and justice.

They can act as an advisor to those in power. Their ability to see large patterns can help them teach others.