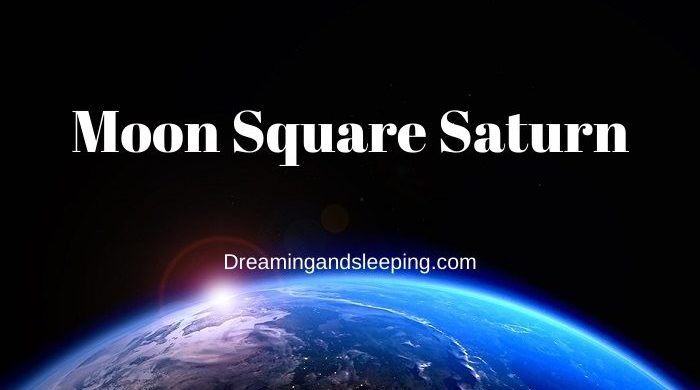 What an interesting combination of two planets, and especially in synastry, because there is the Moon that is always connected with emotions and interpersonal connections.

Here, the Moon and Saturn are connected in a square position and the force that is made in this difficult aspect, in some way give an intensified energy of intolerance.

Therefore, simply this kind of energy in the people who have it causes internal conflicts and only then problems of tension in events from the external environment.

Of course, we are saying that always there is a chance to make things better, and that tension is overcome.

When it comes to the tense aspect of a planet square with the Moon, it is usually the one that creates tension in the soul from the broadest point of view. And here the Moon is connected with one of the most difficult planets in the horoscope, the planet Saturn.

Here, the strong sense of responsibility grows into constant worry and stress, because here, Saturn loads the Moon in a way that people who have this aspect cannot enjoy it even when they need to.

They are constantly burdened with something; they care and are lonely. Aspect carries cold nature due to the cold of Saturn and people who have this position often need a lot of rest.

The burden of overloading carries suffering and depression is also present, and this is usually said to be an aspect of strong karma that is drawn along and the most important thing is that they learn to balance yourself with the worries and issues in this case. 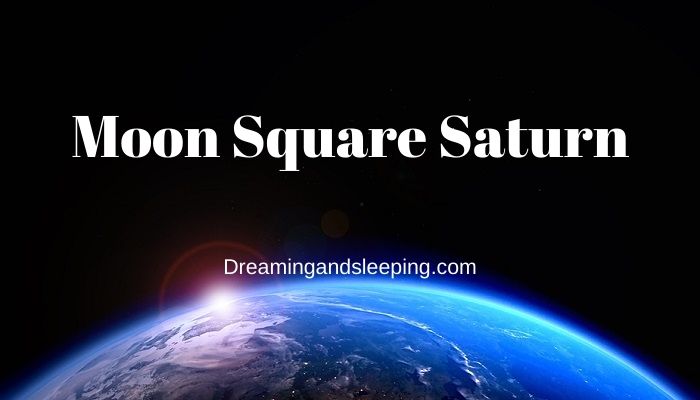 These are the people who have an amazing memory even one that comes from the earliest childhood; they cannot wait a moment when they will enter the world of responsible, where they could be adults and the brave ones.

Anyway, most things happening to them sooner than in the lives of their peers. They feel mature and ready to tackle the new challenges, and when they care a lot about something, they feel very tense.

During life, they are the people who are struggling, and every moment something does not happen as they want, their courage is weakened. Security has not left them, because what can go wrong, they have that inner belief, not just in good, but also in the miracle, at the crucial moment.

So, it does not matter how problematic their path could be and usually is, and they are doing everything in their power, they are fighting their nature, to find that peace of courage, hidden somewhere.

If you ask them something from their past, they will be able to remember everything with the smallest details.

They could truly suffer because of so many things that are irrelevant for the majority of people- they feel that their lives are obscured more than they should be and that everything is gloomy. They could be easily annoyed and have trouble learning lessons on obedience and respect for authority.

Every one of them has that crucial moment when their world began to crumble, and there is nothing much they could do to miss it out, they are falling apart, screaming with fear and sadness.

They have such trouble in realizing that they are living in the unknown menacing world- alone, unprotected, abandoned.

Their driving force in life is the need to find themselves again in the familiar warm embrace, to feel secure, to love – the problem is that many of them are doing this is such a wrong way.

Some people go by, and no one can see what they are doing, even if that is wrong, and someone is showing fear that is screaming silently in them.

Everything is full of feelings in their lives, but they don’t find a way to show them. Often, their love life is determined with their emotionality, ad their tenderness, bad moments that they have experienced them like an eternity.

At the time, neither of them knew that it was the first real crude lesson about growing up, about independence, about self-realization (the first square of transit Saturn with the Moon).

It is like they have deprived of a sense a happy outcome, and instead, there is a sense of dread, the anticipation of a tragic loss, of someone they love deeply. The planet Saturn is the one that brings lessons in our lives, and since it is connected with the Moon, it brings the cruel lesson of emotions.

However, earlier knowledge does not diminish the untold loss, pain and the misery they feel all the time in love, and then they fall into the vertigo of these, and similar feelings and all of them seem like they are losing more and more.

That feeling that something is gone irreversible (on the material level-Saturn) but the love will live in the soul forever (Moon) is always seen in the lives of the people who have this position in their natal charts.

Also, they are able to live just by the memories, and it will be like the sublimation of all love and attention that they once had.

They can live their entire lives like this, just recalling some feeling that will come as the strongest antidepressant, wiped out all black thoughts and sorrows. But they must be aware that this is not real life and that they cannot move on if they act in this way.

What is even more worrying is that often, the older they get, the more unhappy they become in life, and it is no wonder that they come in contact with people that are as miserable as they are.

It is difficult with these associations, and especially the aspect, to find pleasure, peace and happiness in life – of course, unless there are other auspicious aspects that would subside before.

In fact – it can avoid the consequences of the aspect that is extremely challenging (and here we are talking about their own perspective, not reality from the side) is to stay alone, lonely, not getting married, etc.

They choose to escape, and this is never a good idea and not matures, and it brings even more burden on them (and it is like the planet Saturn is the one that made them look like they were born with it).

Maybe good advice for them is to do not get into love connections too soon truly, and this also applies for marriage, and if they do, then it is best that the partner is older (something has to endure, and someone who has wisdom and someone who can put up their misery, and problems).

In any case, this is one very problematic aspect, and it is especially pronounced in love life, as the synastry analyses can show. It takes a really special lover to be with them and to endure it all.

There is no enjoyment and laziness – just doing order and discipline, so as you can see this square position still brings some positive side to the lives of the people who have it. And it is best for a person to choose a job that meets some of their daily needs – what are we trying to say is that they should always choose something that will leave a sense that they are worthy that they have a value and that their lives have a purpose.

This square, along with other unfavorable aspects, makes people feel unloved and like there is nothing to fill the well of their emptiness.

In order to be fulfilled, they are trying to make up for the crowd by replacing what they distribute.

They can find so many things that could use their talents, and even if there are not so many of them, they can make it, even if it takes a lot of hard work. You know where the problem lies – in the fact that they do not believe in themselves – they project distrust in the environment, thereby contributing to cheating on her because she is often not fair themselves.

In the end, we must say that only those who can master this difficult aspect could truly become very successful and uncompromising businessmen or women (and in our list of the famous people who have this aspect you can find both), stock market people, serious traders.

In this case, they are seen as very friendly people, but quite cool and uncompromising. They know what they want, and they know how to get it, they will not leave anyone else to decide, but this is a goal that they yet have to reach, and this is one very rocky mountain to climb.

The position where the Moon has a square with the planet Saturn, in synastry also, it has the most influence on a female horoscope because it challenges a woman to be a woman and to be a “classic mother”.

It is reflected through grief, melancholy, despair, general emotional chaos in life, bringing an inner void, because a person cannot find an explanation for what is happening to him or her, and things get even worse in love connections, then things can be even more difficult.

So, when you find out that this aspect is active, you will probably notice that you feel like you are not present, and the fact is that this position never allows people to understand what they have created. That is why a person rarely trusts others (and here we include lovers here) because they do not trust themselves and project that on their relationships and companions.

When you are doing something, and this aspect has an impact, then you know that you have to invest three times more energy than others to succeed in anything you have intended. Characteristically, it can also bring some poor condition is in the house.

What is needed is to leave as soon as possible from the place of birth or at least from the house where she was born (those who feel these vibrations tend to get married too quickly.

When Saturn is there too, it is quite clear that this partnership will be older or cold – insensitive, strict – as much as the person who has this aspect.

So, there are problems and obstacles that are arising from every corner, and it is up to us to deal with them as best as we can.

In the lives of the people who live with this aspect since it is a part of their natal chart, there is even some inhibition that can create an inferiority complex. And this is one more obstacle that they have to deal with.

They need to remove this significant burden of their shoulders, and this burden is a ballast load will accompany a person to carry throughout their lives.

No, there is nothing to be avoided here, but to consciously accept the duty brought by Saturn – because it is a lesson sought in this life and there is no step forward until it is made aware. Because we all know that Saturn keeps the keys to the gate of paradise.

And when it comes to Saturn, many forget that it’s better to choose something that will cause you problems, but you can control it – than to be imposed on some ballast that you will drag on all your life.

In any case, any burden that you may be carrying in life now will come to the surface, but if you are brave enough to deal with that demon, maybe you have a chance to beat it forever.

Also, this does not mean that you have released all demons from your past, but it is a start.