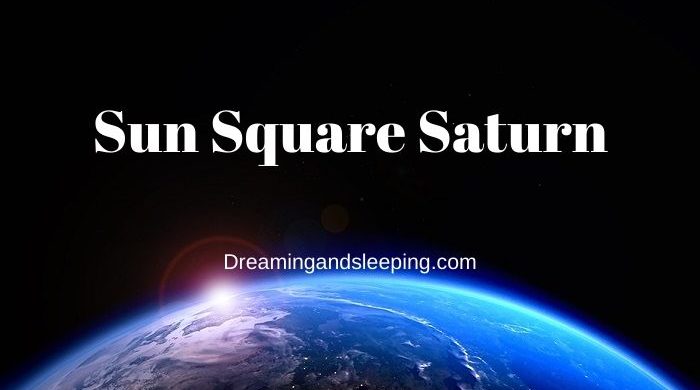 Astrologers say that in the horoscope, both personal and global, there is not much more difficult aspect then the Sun and Saturn positioned in the square position (that is hard as it is, and brings many challenges with it).

Why is this position so hard, for the people who have it (and also on a global scale, for all humanity), and why do you have to be careful if you have it?

It is because the Sun is the source of strength, vitality, immunity and life in general, and Saturn a symbol of darkness, pessimism and all of that is negative in us, a sign of illness and a deeply buried past, our karmic “teacher and enemy”.

One is everything that the other is not, and vice versa, so it is so hard to put them in some good position that could be used for benefit. Everything that is the Sun is not Saturn and everything Saturn is there is no place for the Sun.

So, is there anything that could come from this square that can bring something beneficial to us? There is, and as usual, it is connected to other aspects that could be more favorable.

When these two so different planets, one source of heat, the other eternal cold, find themselves in a bad aspect just like the square position, in order to these people function, one must be the leader, and the one must have a strength to hardships, and at the same time a servant (Saturn) who will bend his back when need to stand up again when the time comes.

That is why those with this aspect are always struggling with authority, not acknowledging it, because they are eternally struggling master and servant, because it is not a person who likes to bend his back and therefore has problems with the spine, especially with the lower spine.

For, to bend is to accept a subordinate role, he is not able to do it even when it would mean relief, and therefore he often chooses the more difficult path and the “less frequent” path.

The so-called bad aspect in itself is not so bad when it represents the potential that we have and which we could achieve with hard work and perseverance if we can recognize what the obstacle for us is. 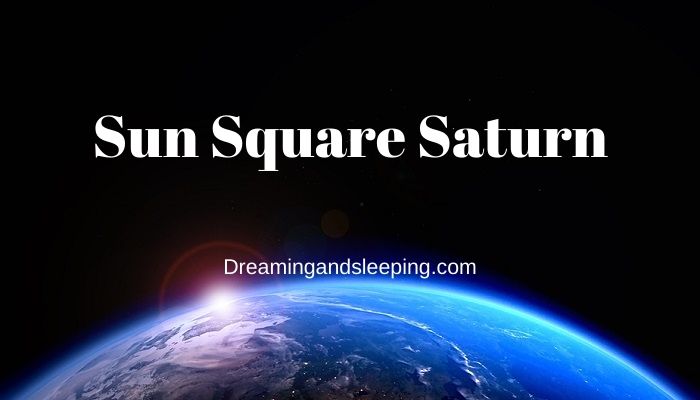 Now, specifically in this in the case of the Sun, the square of Saturn represents limitations that are psychic in nature, signs of our beliefs, expectations, ideals, benefits, etc. represent obstructions that frequently arise from low self-esteem and personal insecurity.

The Sun is found in a certain type of prison by Saturn until to learn certain life lessons and until it succeeds in recognizing “internal messages and warnings.”

Here, there is not one fate that is not extraordinary, but at the same times, not all of them used what has been given to them, but their stories remain interesting.

We have good news for all those who think that they are having a hard time with this aspect – astrologers say that if the Sun or Saturn has other good aspects, they moderate this bad aspect of the Sun and Saturn.

Sometimes these persons impose a strictly almost Spartan discipline on his own because success is hard to achieve only through hard and difficult work, but for some of them it can be done, and they can live a life that they have always wanted.

It takes a lot of willpower and strength to overcome this aspect that brings with it pessimism, a sense of lower value, complexes and unacceptability, but some of them could do it – they can have a great support from their loved ones, some of them could have one of kind talents that are extremely valued.

Many negative traits that are connected with this aspect are known among the people who have it their natal charts, and we also must say that it can be seen in some physical way – vitality and immunity are poor, and it takes a long time to recover when they have low energy.

Their lives are strewn with thorns and full of hardships that can only be overcome by hard work and hard commitment.

Even worse, this is the aspect that makes these people being very depressed, and they have many black thoughts, they can be pessimistic, depressed and closed-minded. In fact, you can see that the majority of problems come from their inner world that is extremely problematic.

What follows this pattern, which is constantly repeated, is the fear of authoritative figures, the formation of negative comparisons between oneself and others, the underestimation of one’s talents, strengths and potentials, the inability to recognize one’s own successes, the lack of activity, the tendency for passivity, fatalism, pessimism, insecurity, lack of self-confidence, as well as feelings of dislike on the part of others.

All of this is seen in the lives of the people who have the square position in their natal charts.

Deep inside, people with this aspect seem to be very lonely and usually have a problem with a strict upbringing – they cannot develop deep and loving relations, because they are afraid that their lovers will treat them coldly.

They become strict and cold in a love connection; they impose only obligations and responsibilities and do not show tenderness and attention. Often, they encounter experience loathing and ridicule from lovers, and they become lovers and tyrants at the same time.

This all takes them to a place where they feel like a stranger in their own house. But, there is one more interesting thing here -they often choose in love lovers that are dominant and emotionally – inaccessible, who do not understand them.

In most extreme cases, they hate all people and convince themselves that they are superhuman that deserves to be alone and that they do not want anyone to love.

Usually, in childhood, persons with this aspect were strictly brought up, especially by their father, or their every attempt to be a child and to act like a child was ignored, as was any attempt to express emotions. This sets the pace for the rest of their lives, and they are not able to express them later in life, and this is what makes them particularly problematic in love.

Some of them select an older partner a partner of a tyrant, who is of a severe nature, who is ill even, and marriage is unhappy, and there is little passion in marriage, and after some years, sex and passion die and passion is as if it never existed.

Remember when we have said that these people often have a difficult and problematic background, and this is the reason why they can succeed in their jobs because when they are older, they try to prove to that they have a value and that is why they work better and more generally than others.

This aspect may indicate that people with this aspect will suffer, having a difficult life and ending up in a strange or difficult way.

Looking at their life, these persons feel constant frustration because they do not see success in their efforts, hard work for little results and everything then revolves around unrealized dreams.

In some cases, this aspect indicates that a person is having a hard time achieving success and that he or she is at odds with authority at work. If a person is in politics (as you could have seen in our celebrity list), he can easily give a fall from office or can be discredited in some other way.

To achieve the goal, strength, persistence and self-reliance are needed, which they lack because they have low self-emphasis and are full of complexes.

So, they have to believe that they will succeed, not to indulge in black thoughts that attract them so much. This aspect brings with it monetary problems and periods of poverty that could be overcome, but only what the hard work, but the main thing to know is that nothing falls from the sky to these people.

They also must overcome one more thing if they want to succeed in life, and work – since they usually have a defensive attitude towards life, are incapable of believing in the people around them, and often expect rejection and failure as a result, which they will then gain.

With this attitude, the universe will, with its unique law of attraction, react to that attitude, them just such situations and people like that. If they become more positive and if they believe more that they can make it, things will turn out much better for them.

This square is, as you could have seen for yourself, brings a stronger sense of restraint as well as a lack of confidence so that such uncertainty makes it more certain and difficult to realize plans – and when this aspect is active, all of us could feel that we are not able to achieve anything that we have started.

Under the influence of this transit, people may find themselves in situations where they may feel as if they are in an exam – something in our lives will be tested, and we will be in front of the judge.

This transit warns you that you need to align your understanding of duty with your understanding of personal values ​​throughout the day that is in front of you; but it also brings something good for you, it can show you the right time to bring life into harmony with the external environment and circumstances.

You will notice that your efforts or demands will be subject to rigorous scrutiny and evaluation by your colleagues, friends or rivals and that your superior will weigh your value rigorously.

This time is not conducive to any changes unless they are absolutely necessary – better way then make some hasty decisions. You need to be very careful about making promises because you will later find that they are much harder to fulfill than you might have thought at that moment.

This is also a bad time to take on a commitment of any kind, as the nature of life is reflected more in contraction than in expansion, and with life circumstances and vitality is a similar case – if you make such a promise, it is very likely that you will not be able to maintain that commitment, and that is why you will suffer some consequences.

In the end, we must warn you of one more thing – all of us should be aware that this is the aspect that is created between the Sun and the planet Saturn has a negative effect on health due to a lack of vitality or excessive fatigue.

It is like a punishment that comes in the form of a disease that you bring upon yourself at this time will manifest a tendency to switch to chronic disease, and it can be both physical and mental.

In this period, when such an aspect is active, all of us should pay special attention to controlling and weighing your inner attitude towards the environment that you are currently in (it can be everything from your love life, family life, or your work), as there is a tendency to be overly strict, critical or inappropriately evaluate the situation or your environment.

So, try to loosen up your attitude, try to look at things from, if not a positive attitude but at least not so negative – all of us should be aware that the law of attraction exists, and that a lot of our life could be altered if we just stop being some negative.