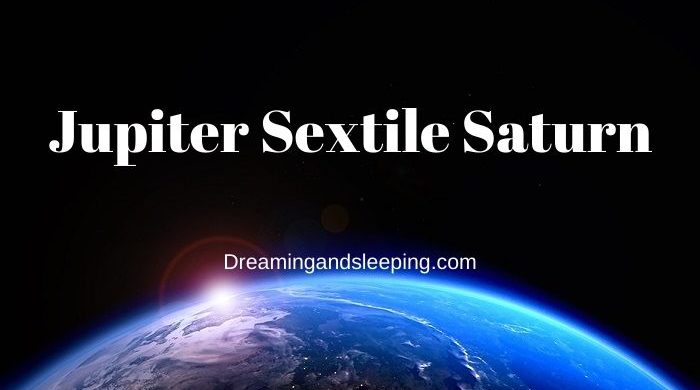 Here, the sextile position is formed between planets Jupiter and Saturn, and for that matter, we must say that it truly brings so many positive things in general and also for the individuals that have this aspect in their natal chart. It is said that unlike some other aspects, this sextile last longer, and therefore you have much more time to make the best out of it.

In this piece read more about this sextile position, both on a personal and global level.

The Jupiter – Saturn contact, among them a sextile position, represents a clear gap between virtue, honesty, balance, holiness and inspiration and, on the other hand, coldness, violence, hatred and all that should be useful and material. But, from all of this, something good could be born.

In some general sense, this is the aspect that enhances all good things that are in people or something that they could strive for – in them, and there is an aspect of wisdom; they can be very moderate and filled with optimism.

This is the aspect that can bring prudence, but the best results are achieved with a lot of patience. This comes from the planet Jupiter, and Saturn is the one that connects it with the wisdom, stability, loneliness, responsibility, discipline, experience.

On some deeper level, this is the aspect that gives a chance and the opportunity to be responsible, serious, and to take our own destiny into your own hand.

Maybe the best place to start this process is from us, and it can be a birthplace of the strength and wisdom to change something together in this not so beautiful world.

So, these are two completely opposite principles, which are basically the essence of human being, human nature and existence. Saturn is a shadow on every planet and does not carry the epithet of the fateful and karmic planet.

These two planets can give birth to the unbalanced personality subject to extreme fluctuations in character and in life. Such a person goes to extreme optimism (Jupiter), time to extreme pessimism and despair (Saturn). Frequent losses are positions, and often honors, or self-destruction. 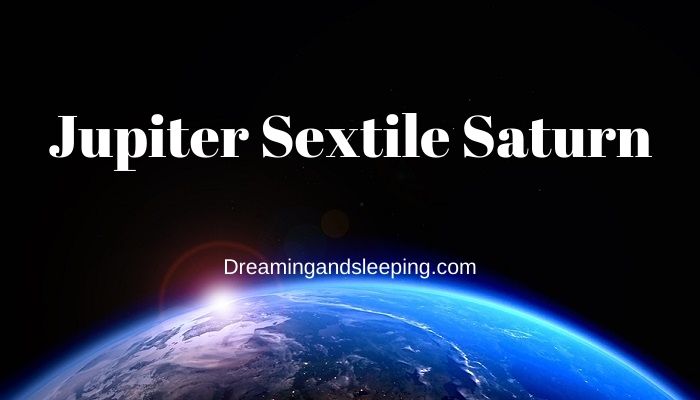 But his or her life can go in the other direction and can be as optimistic as you can be, it can build up his or her life with such strength and patience that it is unbelievable.

Some of the famous people who have this sextile in their natal charts are Johnny Weissmuller, Margaret Thatcher, Whitney Houston, Amal Clooney, Michelle Pfeiffer, Prince, Connie Francis, Joseph Goebbels and Johnny Carson.

So, when you know that this transit is longer than some others, then the results that could be achieved while it is still active are better and can stand the test of time.

These are the people who are born with the mission, and want to see the results of everything they do in their lives – and in this sense, they are very careful with their plans. Everything that these people plan to make real can be seen as a successful future.

The best possible scenario is the one in which these people are able to use the experience, wisdom and maturity of Saturn since they are already blessed with the knowledge (that comes from the planet Jupiter).

So when you mix these two, then you get with the well-developed humans who know how to create a brighter future for them.

This is a great opportunity and a chance for various achievements. On the business plan, on the emotional plane, the financial plan, all of this is possible since there is a combination of optimism, idealism (Jupiter) and practicality, persistence (Saturn).

At times, and this is true, especially when they are very young, people who have this aspect can have problems regarding their finances, and they learn to fix it by constantly learning on their mistakes.

It is also true that they get the great opportunity to wisely and responsibly plan everything for earning, saving and the like. If they have the opportunity, invest in something that will bring money in the long run – and this is not true only for the money part of their lives, but this is true also for everything else.

While they are young and when they do not listen to anyone, they can make many mistakes, but Jupiter is always there to give them a lesson.

But the main thing that these people should do is that they must deal with their inner uncertainty about one’s own opinion, feelings, judgment, which in turn results in lack of will, doubt and, ultimately, fear.

The relationship of one planet of well-being and great fortune, an unprecedented benefit like Jupiter, and Saturn, which narrows and limits as much, such a contact could be interpreted as a fatalistic attitude towards life. If not completely fatalistic, it certainly points to a rather restrained life full of limitations and a lack of free will.

It is clear that this sextile can create a mixture of good and bad personal connection, and in this sense, these people can have a sense of fear of failure, so on the long run, these individuals receive and take much less from their lives than they deserve.

Often, just for the sake of a sense of security, they are put in a subordinate position, satisfied with the minimum and filled with banalities, while leaving more aspiration and aspiration aside.

If these people are directed to the more positive side, they are seen as people who have extreme optimism, which is not accompanied by discipline, a sense of practical and necessary common sense, or on the other side there is extreme pessimism that is devoid of the least hope for a happy life and success, are replaced.

Who is the one that could be with them in the serious connection? It can be an individual who does not realize that he can change these people who can show some of the worst traits possible – frequent changes in Jupiter’s wastefulness and Saturn’s cruelty.

Also, they should be with someone who can understand their inner insincerity, and who will give them a sense of love and feeling that they are being saved and protected from the outside world.

What is, even more, this sextile between planets Jupiter and Saturn always gives a choice: a choice between faith in oneself, one’s own strength and knowledge, and – fear of the forces of the environment (in which case, the individual falls under the absolute control of that same environment and that they will lose themselves in that love affair).

You know how we said that people with this aspect could have fears regarding themselves, and the sense of value, so there are many of them that have high education and experience, but for the sake of security of admission, agree to do jobs well below their intellectual capacity.

Thus life becomes incomplete, filled with banalities and unfulfilled, devoid of all ambition, which in turn often results in poverty, weight and a feeling of bad luck.

They sometimes can feel that they have missed out on their lives and that they will never be happy.

The most important thing that these people should do regarding their careers is that they should stop identifying with the material. The question is how, on a mental level, the happiness needed by man as a material being can be provided.

The interesting truth is that people have the attitude that happiness belongs to them and that they always deserve the best, so this attitude is usually attracted to them. And they are drawn to do the best they can do, and they truly do it.

But the problem occurs when the Saturn is presenting, like in this sextile, since it is quite the opposite, and it follows from this that the relation of these material goods, and the notion that is necessary for happiness.

In the end, we want to give advice for all those who have this aspect in their natal charts, but also for all of those who know that this aspect is active currently.

Have in mind that Jupiter expands Saturn’s qualities, there will be more patience, responsibility, discipline, order, obligations, duty – all put in the good purpose.

Jupiter and Saturn and their relationship in the natal chart are certainly linked to an individual’s financial-property life and its success or failure in that field.

So, in the case of good aspects (sextile and trigone), we see the possibility of getting rich and rising – through patient work. So, for those who know how to use the best of what they have, this is one amazing time of their lives.

What is even better is the possibility to use all of those good aspects and built up a strong reputation and, through great effort, success and wealth, especially through the smart investment.

On some higher level, on a level where we look at things globally, we want to tell you that during this transit, all that you have learned and learned (Jupiter) will come to the fore, you will realize that knowledge is the greatest wealth.

It is true that this transit is favorable for all those involved in politics, education, journalism, law, justice – take a deep look at your surroundings what is going on in society while this sextile is active.