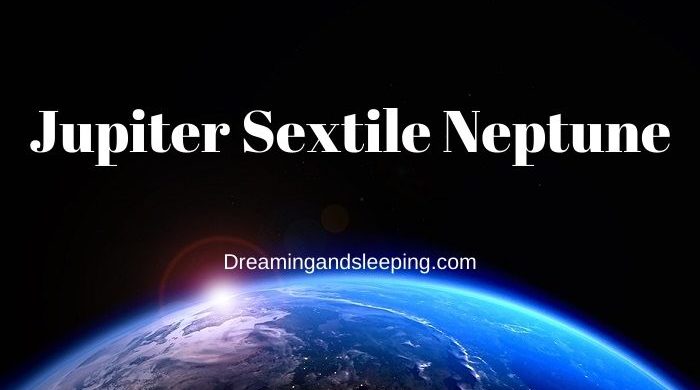 We all know that the time and place of our birth cannot be changed, but what is also good to know is that the planets on the sky are not still, they are constantly moving and have their own journey.

This is also meaningful in astrology and our personal natal charts since this movement affect other planets, and subsequently all life on the planet Earth. This process is called the transit, and these planets are called “transit planets” and their contact changes from minute to minute.

For the planet Jupiter it takes 12 months to go through all the signs of the zodiac, and he stays for one whole year in each sign in the zodiac.

But it is not how much time it spends in every sign, but what he brings to it – and astrology says that it brings “great luck”.

It can generally be said that all aspects of Neptune are indicators of inspiration and motivation, or they are indicators of deceptive lies and delusions – depending on that other planet that makes a position with it.

But when we know that the sextile position is a positive one could be plausible to shake off Neptune’s urges and stay on the ground firmly in the discourse of endless imagination?

Yes, it could be, and we are not saying that it is not challenging, and here in the example of a sextile between Jupiter and Neptune, we will show you how it can be done.

Sometimes for great results and for overcoming problems, it takes a lot of time and effort, but results can be surprisingly great.

First of all, we must speak some more about the planet Neptune, the planet that very often acts most strongly through aspects with other planets, more strongly than through its own sign, so the sextile position here is very important. 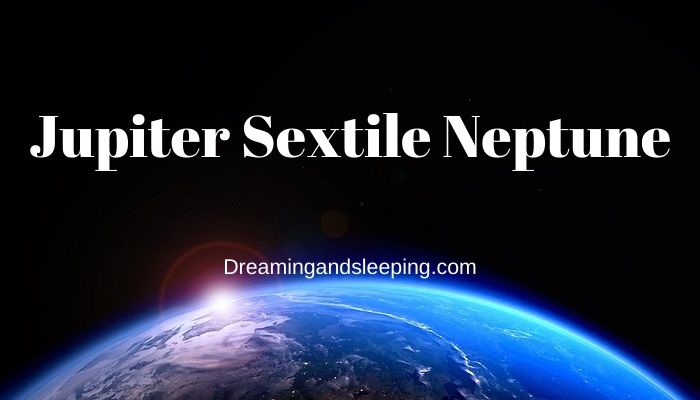 And here sextile is with the planet that is considered a planet of plenty and increase. It endeavors out the framework of the situation but through learning and experience.

Jupiter is a planet of intellectuals, scholars; it is the custodian of the complex mind, and rules higher knowledge and higher understanding.

In this sextile, with the planet Jupiter, Neptune does not just show his power, but finesse, in a better variant inspiration, while unfortunately, poor settings bring lies and delusion – both versions are equally plausible.

In the best variant, Neptune, through its aspects, gives all definitive answers, while in the worst variants it can compromise the very life of a person, owing to the fact that he rules drugs, poisons, alcohol and all the aids that really lead from the real world into the fantasy world.

We must say that when it is connected to the planet Jupiter, people who have this aspect feel deep inside that they need to unite with something larger than themselves.

Such a connection could indicate a high degree of inspiration and deep convictions, philosophical enthusiasm and sensual impulse. They discover the ability to enter the fantasy world and, in general, the ability to think broadly in the abstract.

People who have this aspect in their charts are driven by the quest for the spiritual elevation of a human, and they have such a system of values that they dedicate their knowledge, inspiration, special energy feeling (entity) that guides them toward success.

Because of the correlation that is formed between Jupiter and Neptune, people who have this aspect, have the opportunity to create life out of a dream in which their imagination is completely free from the constraints.

Neptune’s role can first be recognized on a psychic level. This is the planet of faith that most strongly shapes our lives because we live what we believe we are and what we can. They need to believe in what we do not see, which is one of the essential qualities of the human spirit.

In this way, they are ahead the rest of us, and they can make things that others do not even think of.

Now, Saturn makes things “better” here, since this is the planet that has an impact on the immeasurable and extraordinary things in life and aims to drive to a greater purpose in life – so the Neptune alone here is not enough, and this sextile is just the boost that is necessary for that growth.

They are encouraged to get into the search for puzzles, a sense of life, and discovering all the methods to find out. Jupiter, along with Neptune, can still bring optimism, increase (physical and subconscious).

At times, people who have this position in their charts are not able to appropriately cope with their phobias and inspirations or rather resorts to escape, whether real or literal.

They would do everything before they face real life and resolve the problems that they have – this is one version, and another is the one where they are doing things in a wrong way, but still they believe that everything will be great at the end (the impact that comes from Saturn). Not one of these versions is good for their well-being.

In bad connections, persons tend to escape into a world of fantasy and romantic illusions.

In adverse aspects, people who have this aspect can be prone to breaking boundaries so much that they lose perspective on what is right and what is not – they can lie and be prone to theft and fraud.

Sometimes, they are seen as hypocritical false believers, and if their environment is such, they can be exposed in an attempt to steal and deceive.

Also, people with the sextile position created between Jupiter and Neptune can have very poor control of investments, often seeing financial difficulties and legal problems.

In personal relationships, he or she may be too emotional or prone to emotional gasification. Sometimes there is an uninvited loop in solving someone else’s life problems, and then love and care are mixed with things that love is not, and cannot ever be; so in real life, people with this sextile have so much trouble.

The worst part comes when they are not able to resolve it, and what they do best is that they pull away from solving those issues, or they get involved in adultery. It is not hard for them since they are very charming.

They need to feel magic in everything they do, and also in love, and this magic could be shared through the wonderful acts of love that inspire them to their personal search for that part of the Divine.

This sextile represents the idea of love through which they will live their adventure or visit the world of imagination they need.

Here, because of this aspect, spirituality is emphasized down to the level of the prophetic gift. They could acquire money by combining all of this knowledge and tendency, so here we find above-average workers that become very successful.

The sextile of these two planets indicates the richness of the imagination and the degree of creative potential, especially in the field of art.

They are very much attracted to the phenomenon of faith, but it is also possible that he is a devotee of alternative forms of practicing religion. Often they find their desired occupation in some of these areas of work.

Neptune is a world of dreams, intuition, meditation, visions and visualizations, imagination, the pursuit of perfection that has inspired countless artists to paint the most beautiful works of which our breath is still breathtaking.

This sextile connection can take you to the field beyond the rational, beyond thought, because here the planet Jupiter is connected in a specific way with the Neptune so it can manifest its full symbolism.

This aspect represents the need to get out of the limitations of what we call the “real” world we live in, so the only choice remains how to reach it because Neptune is also an illusion, a lie, a deception, a self-deception, a secret.

However, what we can do with it depends on the level of spiritual development of the person whether and another aspect in our personal astrological chart.

And now, for the end, we must say that regardless of how things could be hard, and without perspective, it cannot become a world without dreams, imagination. Jupiter is the one that will ensure that things are going smoothly only if you have faith in the rules of the Universe.

When this aspect is active, try to open yourself to the pursuit of perfection that almost always escapes, but now it can be closer than you think.

Enrich your life as much as you can, and things will be better.