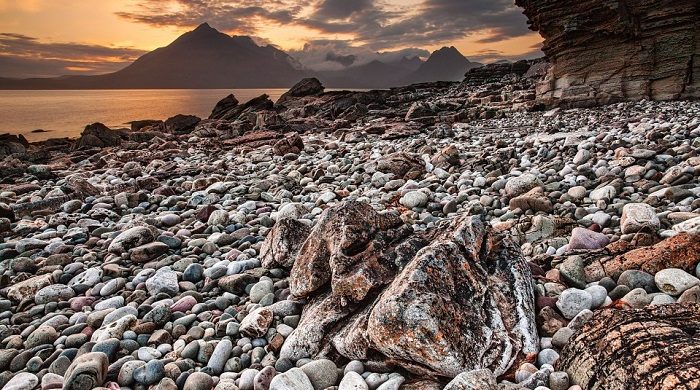 First of all, before we start speaking of dream symbolism of stones (for times when they appear as a dream motive), we must say that the stone is one of the primary elements on our planet (one of the elements that we count in component).

We have stone, then earth, water, fire, air, but besides all of this, the stone is a representation of still presence, something that cannot be moved so easily, or something that does not change by time, as other elements do.

Also, we will add some other traits to this symbol – it speaks of hardness, resilience, endurance, stability and opposition to the change that comes with time. This is the reason why so many people believe that stones of any kind (cheap or ones that are pricy) hold secret and magical powers, and that they have some form of healing magic.

Also, this is the symbol that is understood as the foundation for all things, base, and the essence of all things that are material, the axis of the world even (because there must be something to hold this world in its place).

But, today our interest is something else, we are talking about the dream symbolism of stones, or what does it mean when stones appear in your dream as a motive?

The Meaning of Dreams of Stones

Now let us start with all versions of stones that appear in dreams as a motive, it could be a direct motive but also indirect, as the stones could be seen in the background as a part of your dream.

So, if you have just seen stones in your dream, you did not touch them or do anything with them, such a dream is really important. It is a warning that you will experience discomfort.

It is possible that you will clash with your loved one because you feel that they are not paying attention to you as before.

You will try to justify it in front of others, but deep down, you will be aware that there are disagreements in your relationship and that always one side, mostly yours, draws a thicker end. 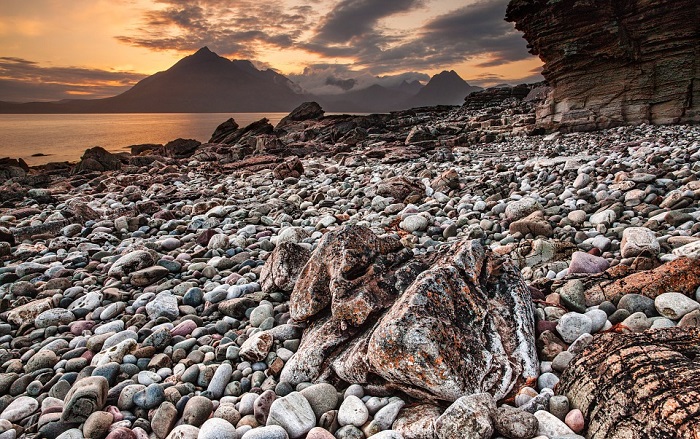 But, in the case that you are dreaming that you are tossing stones on someone or something, such a dream indicates that you will receive a well-deserved reward.

In your example, the accuracy of the saying that justice is slow, but achievable can be confirmed.

You probably did your best to get noticed and promoted by your bosses, but it was by no means the right time to do something like that.

Soon your wishes will be fulfilled, and you will have more than you hoped.

If you are holding stones in your hands, and they are very heavy, then such a dream means that you have many problems that you are not resolving yet, but you are looking for the right solutions.

If the stones from your dream are small, then such a dream means that you are a real person who looks at problems from an objective point of view.

To dream of seeing some stones that are on one pile and that can fall any moment, means that you were neglecting problems for a long time and that now you have to face them as soon as possible.

If you are the one that throws rocks on people, such a dream means that someone who is dear and close to you faces some very real dangers, and you have to warn them very well and do their best to help them, because some of the debts they have fallen into and very much provoke the people who are theirs.

Borrowed money, for example, so much debate and conflict are now expected, because everything you do with that borrowed money is not going to pay off as you have planned, so instead of paying off, that money is going to be the burden on your shoulder or your pocket.

The Symbolism of Dreams of Stones

As we have said, Stones are the symbol of stability, durability, reliability, eternity, cohesion – everything that we find in nature is connected to stones, as they are the representation of stable aspect in the Universe.

In dreams, like in real life, stones could be an indication of static life. Stone, rock, mountain, tree or grove, all symbolically connected, represent the Universe in its material form. All that has been created and that lasts long is made out of stone, and as such, it deserves our respect.

The same connotation comes when we are talking about human nature – sustaining the test of time; it must be durable, made out of stone.

The frequency of dreams about stones is quite high, and their symbolism is varied and quite clear or implicit in most situations, although it is generally divided into positive or negative, but is still most closely related to some specific event or connotation in which such a motive predominates.

The most common dream is the one in which you see yourself of throwing stones, it presupposes that you will misjudge someone and that in the first moment you will not be sure what you have done and for that matter, you will suffer.

The plausible version is the one in which it may be about a person you have almost met, but based on gossip and environmental prejudice, you have already concluded what it is.

Do not be the one that “throws” the stone, just because you could be the one that is on the other side of the throw. You will have the opportunity to convince yourself by reversing a lesson that you often forget that you should not condemn anyone.

In any case, it is a well-known fact that stones are with some burden an or obstacle, and the most famous is the stone from the “myth of Sisyphus”, which symbolizes some futile efforts, and persistence that in the end cannot be paid off (and here you can remember the one meaning that we mentioned in the previous section about the borrowed money).

The same case is when stones appear in a dream motive – like in the case where you are eating stones for example, and such dream symbolizes that you are taking in burden and suffocating yourself in it, instead of resolving them maturely.

As you could see the stones as the dominant motive in dreams could mean so many things connected to the human nature – it is the dream that is connected to our beliefs, to our observance of others, and our ability to misjudge others.

But stones are also the symbol of the burden that we take in our lives, and depending on others aspects of this dream (what we do with stones in the dream) we can find out what is like our relations to burden or how we resolve it.

As you could also see the dreams that are connected to the stones can vary, but the most common one is the one in which you are throwing some stones on someone.

The following will list that we spoke of contents the majority of cases of this, as those that are most common and interesting dreams about stones, but we will say that they have that worrying aspect in them, and we use the term worry carefully.

We mean that you must pay attention to some aspects of your life, most notably, any problem, obligation or something else that you have been neglecting for some time, and now is the time when all troubles that you are having are coming for a pay off, and it would not be pleasant at all.

In some ways, the dream that is connected with stones could mean that you hold something valuable in your hands but that you are not aware of its value, or in another case when you give value to the completely worthless object.

The worrying part here is that you must become a person who knows to make a difference between the two, or you would not be able to succeed in life.

If the dream about the stones is very common and repeats itself from night to night, such a dream invites you to do something – primarily to look at all small details in your life and finish what you started a long time ago.

All those problems that you pretended not to have now accumulated and you cannot take that burden anymore, and you should not do it anymore.

You need to take some risk and try to accomplish everything that you have in mind because if you are constantly pulling backwards and if you are constantly afraid and doubting, there is certainly no chance for you to go wrong, but you can neither succeed nor achieve their ambitions and ideals.

Although some of the obstacles appear to be minor and easy to solve, they are a “double-edged sword” because they are quite realistic and appear constantly, and take up valuable and unnecessary time because you have to deal with them.

The version of the dream about stones where you are intentionally pushing some rocks downhill to tear down someone’s house -you are a malicious and very insidious person, who has the trait of pretending to be wonderful and kind to everyone, but in this way you just gain someone’s trust and try to find out some secrets that you will use when someone least hopes for him, destroy with “his weapon.” It is clear what you should do.