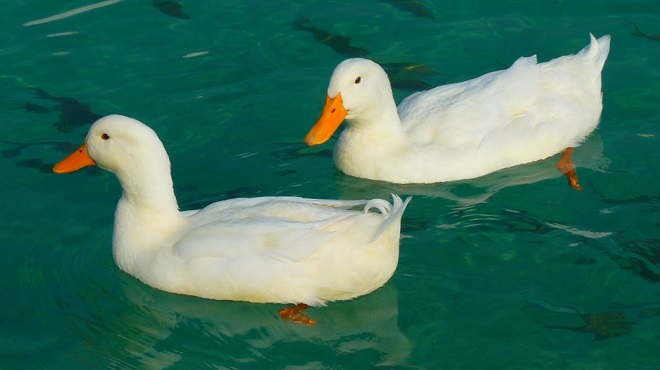 Ducks are domestic birds that inhabit large areas of our planet. We can find them in almost all countries in the world. People domesticated ducks and used their eggs, feathers and meat. Since they have become our usual companions we slightly started to underestimate their importance.

We see them as food source and nothing else but there is certainly more to these beautiful birds than just that. Duck symbolism is strong all around the world and many cultures still value their importance. There are many different sorts of ducks but they are all pretty much similar.

In popular culture they are used as symbols for honesty, resourcefulness and relaxed way of living.

Laidback – Ducks are laidback and relaxed birds. They love swimming around and feeding off small fish from ponds and rivers. They are not aggressive birds with tendency to attack others and fight. The only time when these birds are aggressive is when they are defending their young ones.

Sociable – Ducks love being in groups or flocks and you will rarely see them alone. Hey are sociable birds and being a part of a group is the meaning of their life. This is the way they survive and look for each other.

Resourceful – Ducks are very resourceful and they can get by in almost every situation. When weather gets bad they fly off to warmer areas.

Now that we know some duck traits we will focus more on the symbolism behind them.

Duck as a totem

As totems ducks are representations of many different traits. People born under this totem or protected by duck spirit animal are very sociable. They hate being away from people and more than anything, they hate being alone. This is their worst nightmare and being left alone by everyone would drive them crazy. 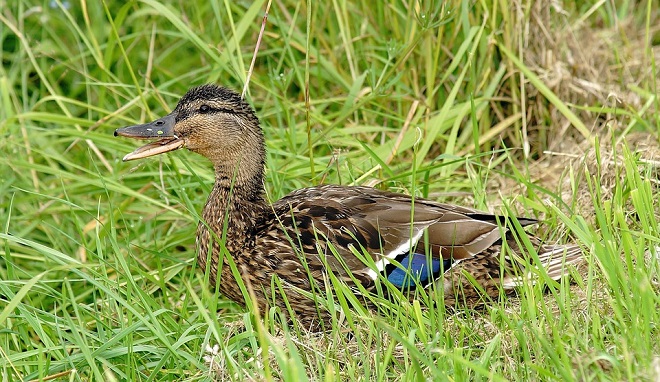 They don’t fall into the category of people who like to sit back and take a moment to recollect their thoughts by themselves. They love exchanging ideas and experiences with others. This is how they find sense in things and figure out solutions to problems.

People born under this totem are also kind to others. They will always approach you with a smile and a kind word. They love receiving love back so they stay away from people who bring in negative energy into their life. “Duck” people love spreading good and positive energy so when someone tries to dull their sparkle they will leave as quickly as possible.

If you are protected by this totem then communication is your strong suit. You use your communicating skills to get by in life and this works out for you in many ways. Jobs that require team work and strong social skills are a dream career for you. News anchors, journalists, managers and similar jobs are a perfect match for you.

Laidback attitude is another important trait for these people. They enjoy relaxed situations, hanging out with friends and being surrounded by their family members. Any kind of drama or stress is unbearable to them and they avoid it in all cases.

This can be taken as their biggest flaw because they tend to run away when faced with a problem. It is not that they are weak it is just that they don’t like hurting other people’s feelings or showing their weakness.

Sensitivity is another trait unique to these people. You can easily insult them or make them feel sad so you definitely need to choose words around these people. But, positive side to their sensitivity is that they are great friends and you will always get great advice from them. These people are going to listen to you and show empathy and compassion.

Family is the first thing in their life. They are fully dedicated to their families and nothing matters more to them than their family.

Overall, people born under this totem are kind and friendly people who like hanging out with their friends and family. Kindness and positive energy is something that they appreciate in others, and any kind of negativity is likely to scare them away.

Duck as a symbol in a dream

Ducks in our dreams can appear often but sometimes their symbolism can be positive and at other times I can be negative. This all depends on the other symbols in your dream and the overall situation you’ve dreamed about.

If you see a duck in the water in your dream, it indicates that you will have an important conversation. It may happen that after a long period of time you will encounter a person with whom you have not stayed in good relations. Since you will have touch points in the future, you will realize that it is better to declare a truce and clear up what has disturbed you.

When you see a duck in your dream, it warns you of trouble. Probably one of your colleagues or family members will say that you shouldn’t stick your nose into things that do not concern you and that aren’t very important to you. You will be very hurt because the goal of your action is not to elevate yourself, but to support the progress of the community you belong to.

If you ate a duck in your dream, it represents sadness. It is possible that you will have excess free time and you will get into a melancholy that will make you neglect your life. You will only think about the opportunities that you have missed, about people who are no longer close to you and about any injustice you have suffered. It will take some time after which you will be occupied again by the obligations that will make you forget the state in which you were.

When you feed ducks in your sleep, it symbolizes joy. You are the person who loves to treat yourself when alone or in company of other people. This can be in form of walking, watching a movie, a trip to nature or some other activity you enjoy. At work or at school, you try to take few moments for yourself and to distance yourself from stressful situations.

If you had a dream about a duck, it indicates that you will find out valuable information through conversation with others.

Duck as a symbol in different cultures

Duck has a strong symbolism that has been used for centuries by pets, writers and artists. Even though this animal isn’t as rare and mysterious as some other animals, they are still important symbols in many countries.

In Korean culture, ducks are symbols for peace and offspring. They are lucky symbols for everyone who is trying to conceive or who doesn’t have luck in love. Ducks are often given as wedding gifts to newlyweds as symbols of happiness and long-term love.

In Celtic culture ducks are symbols for resourcefulness and simplicity as well as for honesty. Their gracefulness and agility in water has always mesmerized the Celts.

In popular culture, ducks have often appeared as symbols in poems and stories told by famous writers. In popular TV shows and movies, ducks have been present for decades. Probably the most famous one is Donald Duck, a character created by Walt Disney.

Many national sports teams have ducks as their mascots like the Aflac Duck, The Oregon Duck and the Wild Wing. And we have all heard of Peking duck, famous dish that is almost sacred in Beijing.

Many people are deciding to give ducks a special place on their skin so they tattoo them. Tattoo symbolism for ducks is resourcefulness, adaptation, honesty and kindness. Duck tattoo designs are becoming more popular and more and more people are getting them done.

In the end, ducks are beautiful birds and creatures that feed us and help us. But, besides being helpful there is a lot more to these birds than we think at first. Their importance has been vital for many cultures around the world and it will continue to be.