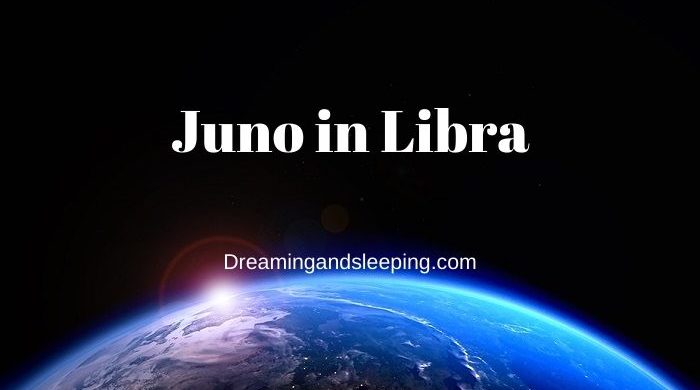 As expected, Libra turns out to be a highly favorable sign to Juno, sometimes even “too favorable”, in the sense that the relationship, in the abstract, and, especially, the social implication of it, conditions a coexistence that Sometimes it is clearly negative for spouses, those who are more dedicated to finding means of “supporting each other” than rethinking the basis and objectives of the relationship.

At the other end of the range, it is the clear Juno-type that does not access a relationship if it is not with Juno’s own conditions accepted beforehand: committed relationship, without compromise (in a good way), thoroughly and for life.

With this position it becomes essential to recognize the equality of the spouse and respect the commitment made; the support between the spouses usually then (despite what has been said before, which is typical of conflictive cases) effective and creative, and the consultations regarding the most varied subjects (of common interest, or not) occur every day.

Marriage as a way to balance is the best phrase to describe this position of Juno.

That can mean different things according to the position of each person, in any case the couple will be that axis of balance in the life of the person, and therefore you will ideally look for someone Equanimeous, of those people who know how to solve everything with a smile.

They give you a feeling of peace, with its always elegant and perfect style, because yes, a spouse who is never dressed or disheveled.

If Juno is retro, and sometimes even if he is not, it will cost you a lot to decide on the marriage because you will feel that you can never be sure if that person is or is not the one.

It is the basic dilemma of Libran indecision, it is better to maintain the vacant position in case someone more suitable appears.

A Libra man easily breaks a woman’s heart in search of his ideal partner, but when in love, in most cases, he thinks about a long-term relationship or marriage. 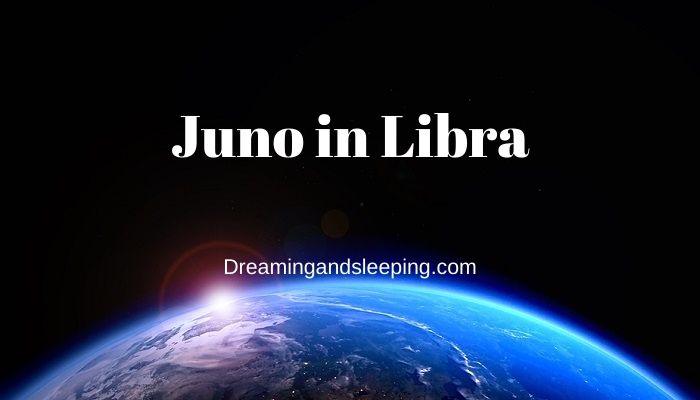 Because of the speed and intensity of the feelings, she can scare off her partners.

Libra men are an interesting combination of intelligence, intriguing attitude and sensitivity.

He is a good lover who equally enjoys giving and receiving, strives to please his partner, but also has high expectations of his partner. He is very honest and will never hurt you on purpose.

Libra women are known for their gracefulness and elegance that radiates their movements. These are very emotional and emotional women who are always ready to flirt. Their charm and contagious laugh is an irresistible bait for men.

Scales are in constant search for love without which they cannot live.

Although these are gentle and sensual women, underneath that fragile portrayal lies a capable and solid person.

In love, they play openly and honestly without hidden trump cards. When she is in love, she is ready to surrender completely to the man.

Libra belongs to the baroscopic elements of the horoscope with a keen mind and expressive intellect that captivate with its charm and elegance.

People born under the sign of Libra are calm and honest, in a constant process of balancing reason and emotions. In order to make a final decision, they must always “weigh” all the options.

These are people who have dominant emotions, are easily aroused and do not like solitude, and act disappointingly when disappointed. The scales can be very direct and loose when they are caused or injured, but they are rarely rough.

They are very social, always surrounded by friends and family. It is because of their balanced nature that they get along well with most people. Members of this sign are impressed with the balance and symmetry.

Although they are able to forgive the mistakes of others and provide a second chance, they are smart enough to learn from their mistakes.

They absolutely do not tolerate or tolerate selfish people who think for themselves. They fear rejection in society and isolation.

Juno in Libra and 7th house character is the natural habitat of this archetype and indicates this person’s most significant life task to achieve harmony in their emotional relationships or marriage.

For these individuals, achieving equality in relationships and mutual trust and harmony is of paramount importance.

From their partner, these women expect absolute life support and support, and therefore can become very dependent on his opinion, character, but also on his love.

Therefore, these individuals will always build their self-esteem through their partner’s opinion of them, and their confidence will depend on it.

The most important life role of these women is to be wives and to realize their happiness in marriage.

However, other partnerships are of great importance in their lives, so these Hera will always strive to develop and nurture lasting partnerships through emotional or business relationships.

Libra values beauty and elegance the most, so they often ignore other people’s flaws hidden beneath a comfortable exterior.

On the basis of appearance, it will favor the more attractive at the expense of the less attractive without caring for the interior features.

Sometimes they do not want to do their best to get something but wait for it to be delivered to them on a platter. Their laziness is even more pronounced if they need help.

Because they want to give the impression of a wealthy and socially fit person, Libra spends a great deal of income on appearance: they go to fancy places, wear branded clothes and use expensive cosmetic products.

Similar to what happened in Gemini, the relationship can be fluctuating in some sense and it is not a bad forecast to count in advance, with periods of relative separation or anticipated changes (as indicated by planetary transits).

As expected, Libra turns out to be – like Aquarius, but in another sense – a highly favorable sign for Juno, sometimes even “too favorable”, in the sense that the relationship, in the abstract, and, especially, the social implication of the same, they condition a coexistence that, sometimes is clearly negative for the spouses, those who are dedicated to looking for more means of “supporting each other” than to rethink the bases and objectives of the relationship.

At the other end of the range, it is the clear Juno-type who does not access a relationship if it is not with Juno’s own conditions accepted beforehand: committed relationship, without compromise -in a good sense-, thoroughly and for life.

With this position it becomes essential to recognize the equality of the spouse and respect the commitment made; the support between the contracting parties usually then – in spite of the above, which is the same for conflictive cases – is effective and creative, and the consultations regarding the most varied topics – of common interest, or not – happen every day.

Similar to what happens with Juno in Gemini, the relationship can be fluctuating in some sense and it is not a bad forecast to count in advance, with periods of relative separation or anticipated changes – as indicated by the Directions, Progressions or Planetary Transits- .

In any case, Juno here grants diplomacy, tact, aesthetic sense and above all an objective and impartial attitude, even if a situation of infidelity arises. It is going to resort to the legal as a way to settle the matter, but that yes, can make a ruinous demand for the couple.

Above all, he claims his rights and his position as a consort in the relationship and access to everything he has shared plus due compensation.

For Juno in Libra, marriage, before being consummated, I must provide some of these guarantees, therefore, it is not uncommon to request some kind of premarital agreement.

Famous wives or women who have become public figures with the help of their marriages can also enter this category of Libra or 7th house. King Alexander, like former US President Ronald Reagan, had Juno in Libra.

Former US President Ronald Reagan was the embodiment of a happily married man whose wife, Nancy, was a lifelong devotee to their marriage and played the role of the greatest support for Ronald and his political career.

Ronald Reagan’s Juno was at the very top of his 10th house on the fixed star Spike, highlighting the importance of his marriage both for his successful political career and for the image of a happily married man who had been building in public.

Of the United States. So we might wonder if Ronald Reagan would have become President of America had he not met Nancy Reagan, as is indicated by his Juno position on Mc.

The ruler of Ronald Asc – Jupiter, forms an exact trigon with the US sun, but also a very powerful trigon with the Nancy natal sun, which helps to confirm that her husband could become president of America.

So does the disposer of his ruler Juno – the disposer of Venus – Jupiter, describes all the support of his wife, without whom this man would most likely not have reached the post of President of the United States.