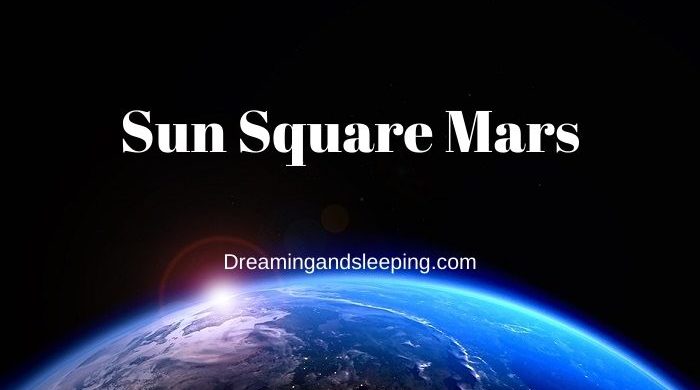 Horoscope, in the sense of a personal natal chart, always takes the biggest interest when is seen in the detailed comparison of the horoscopes of two people (your current lover or someone who interest you a lot, and you are curious can relationship between the two you work).

In this sense, we can determine the degree of alignment between them, as well as the kind of adjustment that will be required for each of them, in order to achieve a truly harmonious connection with the other. And we must say that this is something that all of us want to have in life, right?

For those of us, who are truly realistic, and who are aware that sometimes it is mandatory to change and to compromise if you want to be with someone in a relationship, it is good to know synastry and other aspects in natal charts of both partners.

Now, the real name of comparing natal charts is known as synastry. The word came from the Greek prefix syn, which means mutual coupling, and the word Astron, which means star.

So, it can be seen as the process of coupling seen through the eyes of stars (astrology in this sense, since it is translated as the science of the stars).

Today we will try to answer the question of what does it mean when a person has a square position between the Sun and the planet Mars.

Our interest is mostly connected in relation to others since the synastry awakes the biggest interest, and we understand why this is the case.

Sun is the centre of everyone’s natal chart, it is who you are in real life, what are your powers and what is your biggest weakness, and what can you do to make things better.

On the other hand, almost the only planet that can “put up” the fight against that almighty Sun is Mars. It has that combat spirit inside, and it cannot be fooled.

Now, imagine these two combined, in somewhat challenging aspect, what you get in the end? Read all about it. 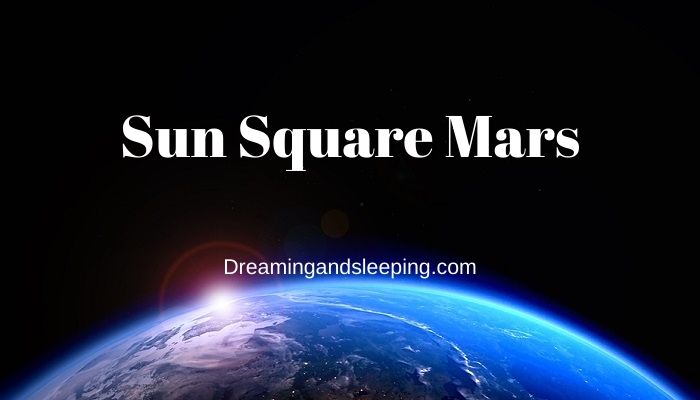 Astrology and astrologers (regardless of what school they belong) claim that we all have the potential in ourselves to create a harmonious relationship with others, but first, we must create harmony within ourselves so that only then can we be able to live in harmony with others around us.

This makes so much sense, and when square position brings many challenges, then people can be disturbed and devastated by the internal disagreement that the question arises as to whether that person will be able to have a relationship with someone.

If you want to say it simply, these are the people who are not willing to have any compromise, and they cannot change, not even for love.

This is, in short, some form of description of the people who have square position formatted between Sun and Mars.

Some say that this formation makes such awkward energy, that it is really weird when looked from the outside. They could be for example very rich and famous people, but when looking from some other perspective, they could be total losers, or they can make some truly weird decisions that are in the complete opposite to their previous actions.

There is also no doubt that talents and confidence are also traits that are work for them, but they have to overcome some internal obstacles, to grow as humans, and then they can be “good” for someone else.

Omg, such an interesting and diverse group of famous people, but they all share this planetary aspect that describes if not all of their life, some part of it, or at least it can provide an insight into the reasons why they did something.

People who have this kind of energy are interesting, but at the same time they can be a bit annoying, they are showing this kind of strength in all kind of situations in their lives.

Yes they do, and there is nothing that any of us could do to stop them doing what they intended to do, they are even very good in hiding their weaknesses, and will never admit that they were wrong.

They have their own way of living, and they do not like follow no one else, they could be so many things, but they always remain hard-working people who have so much to offer to others (and take also).

They are not leaders in some conventional meaning of that word, but they set themselves as those who do not have any competition (and in most of the cases it is true, their talent, dedication or hard work are much more pronounced than in some other people).

This just proves that they can be the best, not just because they believe they deserve that place, but because they have earned it.

But as you know, everything that has power deep inside can be very nervous and angry, since it is a well-known fact that this square aspect brings stress, nervousness, frustration.

These are the people who get angry very easily, and this comes in their lives for a reason and without.

In them, there could be seen irritability, anger, and they are prone to make overly quick decisions all caused by their stubbornness, impatience and quarrels with others.

People with these aspects are generally quite feisty and stubborn, which can sometimes put them at risk. At times, an incredible power that is rooted deep inside of them is making them do some crazy things, and pull some others to come with them to that risky journey.

The occasional generosity and affection mask the appearance of arrogance and showiness, which is very hurtful to them.

Did you know that the Sun represents the husband and the Moon, the woman in synastry? But the connection of the Moon in the natal chart also shows a spiritual connection, and it is that contact that is established with just one glance.

In astrology, man is in charge because he is represented by the Sun. And the Moon revolves around the Sun, right?

Although this is truer for the marriage community, by then, women should be beautiful and gentle, and men should be the first to conquer.

It is very important for the people who have this square position never to suppress what they feel, and it is much better for them to find someone who they have trust in and show what they feel, for real, without faking anything.

It is never advisable for them to endure emotional suffocation, suffering and the like, and in their case, if any emotion brings them to the point that they need to inhibit them consciously, they should express them in any way: say, tears.

So, they need a lover who can understand who they are what buttons to push or not push.

The square says that the two can be together, but that they are not aligned when it comes to sex life. The separation aspect indicates that this initial desire but also love will quench – so this is seen in their love lives, even if they are not aware of it, in any case.

In men mostly, this aspect can give a tyrannical nature to the family, so these people do not show so much patience for children and the weak.

This energy will work physically too, so be careful especially those prone to inflammation, high pressure, and many of them become ill just for the thinking about their problems, but what is more interesting is the fact that they at time are putting themselves first so that they could suppress all kinds of thoughts that are coming to their minds.

Because of this, they could become doctors, and they are interested in medicine; we must say that this interest is not driven by their need to help others, but their inner desire to understand how something works, for example.

Some others could be attracted to some darker occupations, and here you should remember what we have said about them and this square that it brings risk (that is often unnecessary).

Often this aspect can be found in those on the “edge of the law” who deal with crime in one way or the other, and everything can be possible when they are in question. They could be placed on both sides of the law, on the right side, and on the wrong.

There is no doubt that they are talented for something, but at times, they could become dictators or people prone to dictatorship- maybe just in their workspace, maybe to others, and this is seen in their interest for politics.

If they do not have any talent, they will climb on the top of the game just because they are ready to work harder and more dedicated than anyone who is their competition.

They should be more resilient, organize their activities better and take care not to overestimate their capabilities, which is a common occurrence in these and similar aspects.

This aspect is often found in criminals, especially the square position that if formatted between Sun and Mars. The great impulsiveness and dictatorship of emotions, not reason, leads them to rebel.

When the Sun has set out to make a square with Mars, and when such an event occurs in the night sky, and you find out about it, it is the time when you can imagine what will happen to you and people who are close to you.

Maybe you feel scared. Somehow all of us will be more active inside than outside, and as far as external events are concerned, some range will occur from charge, nervousness, silence, repression, to the loss of the will to disperse with the concerned etc.

It is not excluded that some of these quiet anxieties that are usually said to be the unknown cause are also present.

Those who are prone to depression will certainly feel this, and this an aspect that must be mentioned here, and taken care of in any way possible, it cannot stay just in one place, because it will be even worse than it was before.

Many claim that this is one very negative aspects that can act in physically, so in this period we are prone to make nature irritable, impatient, hasty in decisions, thoughtless and energetic, but without discipline.

There is one lesson to learn – try to work on your discipline; it will bring you so much good in life. Do not waste your energy, and it is much better if you can direct it in some way.

In some other way, in romantic one or in a way where two people are in some kind of connection, this is the aspect that is very tense, and it gives outbursts of dominance – this is especially triggered when they come across a dominant lover (with a very strong character), who naturally pushes his story and thus tailors a hat for you to pull this combat aspect out.

Here you can remember that we have said that people with this aspect are not ready to compromise and to let someone else dominate them in any way, and especially in love.

They must realize that an indication that this relationship has no perspective and that relationship will end very soon and react; it is also important to know that there is always a possibility for the two people to be together even though they do not have the touch of these planets, but in the world, it is called – one-night-stand, adventure or affair and this is fueled by instant transit.

Whatever the case may be, do not be scared of this transit, many lessons are there to learn, after that we can grow.