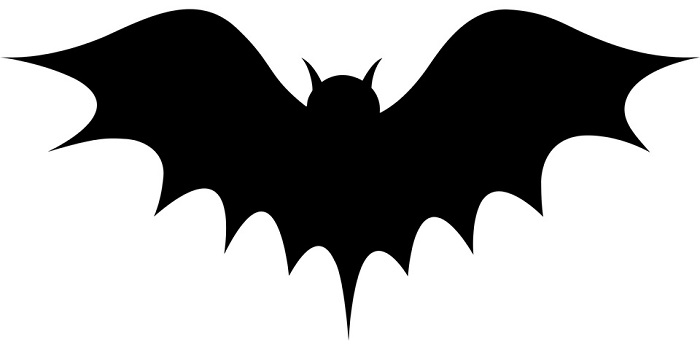 Dreaming about animals, especially those associated with darkness and gloom places, are often given some mystical and symbolic meaning. Things that makes us unease in reality often turn into a nightmare in a veiled, secret world of dreams.

Dreaming has been always considered magical and inexplicable, in a way.

In some ancient societies, dreams were never taken for granted, usually being associated with some sort of supernatural powers and an encounter with the realm of divine. Dreams were often induced on purpose, in order to foretell the development of certain events and their outcome.

Those who were honored with the gift of rich and vivid dreams were usually considered to poses secret powers and the contact with the realm of gods.

As instincts are raw material of our own selves, we need them for protection, just as animals do, but, unlike them, we suppress them and forget about them.

According to some psychology experts, this could be one of the main reasons for animas to appear in our dreams.

They actually help us to resolve our suppressed instincts in a dimension different than our real surroundings, bounded by so many rules and regulations.

Bats are surely not as popular as fluffy animals we take as pets. They belong to a group of living creatures people, especially in Western word, often consider repulsive, gloom and scary. There are many superstitions about bats, usually negative ones.

However, that is just one of the bounds of the fear-based Westerners beliefs and traditions.

Some other societies, however, have more natural approach to all living beings.

Native American Indians have very rich history of interpreting animal totems, approaching them from a position of appreciation for all of the Earth’s children. They believe all things in the world are connected.

Bats are associated with illusion, rebirth and intuition. They also represent communication, journey and a connection to our inner depth.

Bats live in caves and go out to fly and hunt at each sundown; in a way, a bat is reborn every single day, from an Earth’s womb.

Their distinctive senses and very gentle ears are associated with over sensitivity to surroundings and other beings’ emotions.

To American Indians, bats as totem animals are extremely demanding; they force us to deal with our inner demons, to surrender our ego and to always renew our thoughts and beliefs.

Totem bat is considered a devoted guide in our journey to finding better selves.

While bats are quite scary creatures for many people, they may represent different meanings in our dreams.

As an animal associated with rebirth and a hard but persistent work on our personal development path, bat in your dream may represent your unrealized potential to achieve great things.

Dreaming of a bat should make you reconsider your habits and move you to do the best you can, in order to feel accomplished and satisfied. Just as a bat is reborn at every dusk, a person could be reborn, refreshed and ready to pursue their fantasies and goals in the future.

Dreams about bats may suggest you got stuck on a path that needs to be changed in order to reach your goal.

On the other hand, it may also suggest you are searching your way through the dark, blindly entering some life situation and circumstances. It may make you wonder about your actions and make you more cautious when making decisions.

Bats are usually associated with the world of the dead, darkness and quiet, shadowy places, unknown to our conscious. Dreaming bats may be an omen of a family member or some personal loss of other sort. Popular culture has turned bats into vampires, so they are given more of dark meanings.

To dream about vampire bats signify there is something or someone in your real life that makes your energy dry out. It may also signify you’re running out of your confidence, your personal positivism, energy, and your resources of all sorts.

Ancient Chinese have far more positive interpretation of bats. Those fascinating animals are seen as omens of good health, of happiness, longevity and peace.

According to Chinese folklore, a bat in your dream is a prediction of five possibilities; it predicts peace, virtue, longevity, wealth and death without suffering, as five positive opportunities for an individual.

Bats incredible senses and their nightlife nature make those animals a sort of an enigma for human mind, often associating them with the hidden realms in between ours and divine worlds. They are associated with prophetic dreams, transition, initiation, the insight of our past loves.

To see a one flying bat in your dream may represent some issues and annoyances in your life that you could easily solve.

It suggests you should deal with the worries that bother you and move one refreshed and free of heavy thoughts. One flying bat may be a negative sign, but of something you are completely able to handle.

Dreaming about a swarm of flying bats is usually associated with an undergoing negative situation that is out of your reach.

If you dream about large number of bats that are calm and not flying, it may represent a threat that could bring misery to people around you, without affecting you directly.