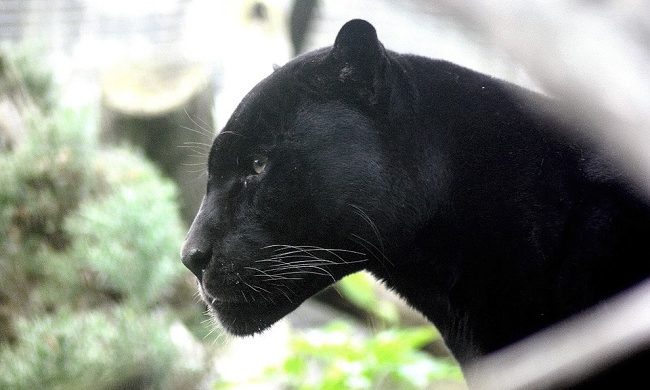 Black panthers are extremely rare animals. They are actually a melanistic color variant of other Panthera species, which makes them even more special.

Black panthers are beautiful and fearful animals. They inhabit Asian and African continent, and definitely fall into the group of extremely dangerous animals. They are actually a sort of jaguars and leopards, depending on their habitat.

Panthers were and are a powerful symbol in literature and art. Their energy has been linked to the one that is evil and malifiscent, but in modern culture their symbolism and image use is more versatile. People were afraid of these magnificent animals for a long time, but also admired their natural beauty.

We will teach you more about the spiritual meaning of a black panther and what this animal represents as a totem.

Strength –Panthers fall into the category of impressive cats when it comes to size and weight. They weight somewhere around 64 to 100lbs and can strangle their prey with their massive jaw. Their paws and whole body is huge which allows them to kill prey and feed.

Panthers mostly rely on their strength since running is not their best feature. They ambush their prey and kill it when it lets its guard down.

Powerful – It is no wonder that an animal of this size is powerful. Their power doesn’t only come from their body and strength, but also their outside and appearance with smooth black fur, makes them even more threatening.

Protective – Panthers are extremely protective of their territory and their babies. They won’t let you near neither of those two things, so think twice about that. They value what is theirs and they won’t give it away that easy.

Black panther as a totem

As a totem, black panther is very powerful. It has been used as a spiritual animal for centuries and people always looked up to its strength and power. They also feared this beautiful animal because of its breathtaking appearance.

As a totem, black panther represents strength. Just like in real life, people born under this totem are strong both physically and mentally. They give out the impression of stability to everybody around them, which makes them superior to others.

Since they are so strong, mentally and physically, there is nothing that can stop them in life. They guide themselves and they don’t need nobody’s advice. Relying on themselves is something they learned from an early age and something that is in their blood.

They are also very intuitive. They can predict their opponent’s next move and cut them short. Panthers in real life catch their prey with an ambush and this is exactly how people born under this totem behave. They find your weak link and bite on it until you are left unchained.

This is something that is in their blood and they can’t do too much about it. Their natural instinct leads them to that and that is more powerful than everything.

People born under this totem are also inspirational. They have the ability to inspire and make others think in ways they never did before. This ability comes from their true self. They spread out the aura of strength and power that makes others feel invincible when they are next to these people.

They are natural protectors and leaders. Next to them you won’t feel afraid or in danger. Their flaw is the aggressive approach they have towards life, that in the end costs them more than others. When they see that their space and privacy is invaded, the invader won’t have a good time.

This is something they value greatly and at every sign of danger they will react. So be aware of this possibility because you don’t want to be on their way when this happens.

Black panther as a totem represents magic. There is something about its black fur that makes people be afraid and amazed at the same time. Panthers have been used as symbols of power for centuries and their fur has been valued greatly.

Darkness that is their trademark, is something we should think about more. Perhaps they teach us how to fight against the darkness and how to overcome every trouble in life. Their strength and focus leads them through life, without thinking twice about the next step.

People born under this totem or protected with this totem are very brave in a sense that they will go great lengths, without being afraid of what is behind closed doors. They have an adventures nature that feeds of adrenaline and drives its power from being active and alive.

Many shamans wore panther’s fur around them as a sign of power and leadership. To have this astonishing animal behind you as a spiritual animal, makes others feel like you are truly magical and that there is something mystical about you.

Panther also represent feminine energy. They are extremely sensitive and can pick up everything with their sharp senses.

Whether this is just suggestive or real, you are definitely born under a special star. It is best to use your power and influence for greater good, and your ability to lead to make true changes in the world.

Black panther as a symbol in a dream

As a symbol in a dream, black panther is mostly a sign of danger, but there are different interpretations depending on the dream situation.

If you had a dream about a panther stalking you, then you have enemies in real life that are out to get you. Perhaps you should be careful who you trust and what you say to certain people, because they might use this to hurt you.

If the panther attacked you, but you didn’t die, then people who are out to get you won’t succeed in their intentions. Their attempts will be unsuccessful and you will triumph in the end.

Panthers in a dream in general, represent power and courage. Perhaps this is exactly what you feel you need in this moment, and you will get it.

If a panther crossed your way in a dream, then you are protected from everything bad. They represent protection and power, and those two things combined will give you the ultimate strength you need to succeed.

Black panther in a dream can also remind you to forget about bad things and focus more on things that are important in life and that will bring you more positivity.

Black panther as a symbol in different cultures

Black panther is a symbol of Carinthian history. In Slovenian language it is pronounced “črni panter” and we can find it as a symbol on arms and coats of the Carinthian Duke Spanheim and Otokar III. Their armies spilled fear and violence across Europe, and their main symbol was this powerful animal.

Black panther can also be found as a symbol on tombstones and monuments across Europe. Panther was the symbol of Austrian state Styria although colors have been altered a little.

In Australia in the area of New South Wales, a so called phantom panther has been spotted several times. The mysterious animal seemed to have caused trouble to the locals, but no one has actually seen any proof of its existence. Since then many have become interested in finding out what is actually been going on in this part of Australia. This is only one representation of how people perceive panthers and that fear from them is definitely real.

Even the Romans recognized the power of this beautiful animal. Panthers often appear on tombstones and they are carved in stone on entrances and gateways as guardians. The Egyptian goddess Bastet, was  presented as half woman half cat, and her hear was painted black.

She was the goddess of warfare and it is no wonder that this deity was presented with exactly this powerful animal. Egyptians worshiped their deities greatly, and they usually had given them animalistic appearances relying on the energy of a certain animal and how they perceived it in real life.

In ancient Greece, they had a similar deity, but its name was Ailuros. The goddess of protection and warfare had importance that is far greater than we could even imagine today.

In modern times panthers are still perceived as powerful and because they are so rare, their value is even greater.

People today love destroying beauty around them ,and demand for the coat of this rare animal has been great until hunt for panthers has been prohibited. They are rare beauties we should definitely keep safe. Kids today will probably recognize this, otherwise, scary animal from the cartoon The Jungle Book.

Here, the panther is presented as the guardian of a small boy and not as a vicious animal. This image is engraved in our minds, or at least into the minds of those who read the book. They are also presented in movies and on television as dangerous but also amazing animals and interest for them keeps on rising.

These rare panthers are very dangerous and should make us feel afraid of them, but their mystical energy and beauty is something we should cherish deeply. This is why the black panther has a special place among spiritual animals and its symbolism is far greater than we could have imagined.