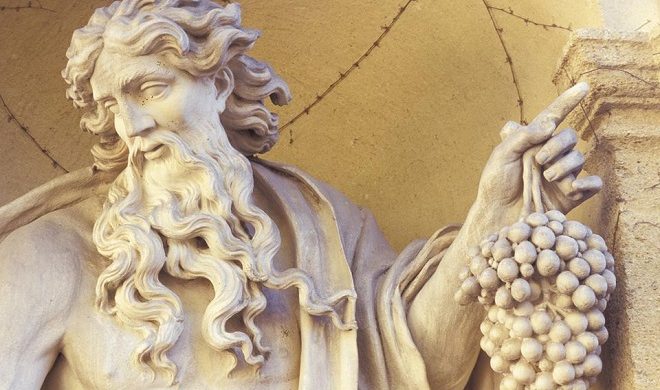 Greek mythology is one of the best known and longest lasting traditions we have in the world. Whether Greeks had a secret formula which helped them keep their tradition alive over years or simply their stories and myths were incredibly interesting, one thing is for sure and that is the impact of Greek mythology in the world.

Greek gods and deities were divided by their characteristics and almost every natural occurrence and event had its own deity. People used gods to explain things they couldn’t understand and this helped them cope with natural disasters, emotions or even everyday simple struggles like jealousy.

In today’s text we wil learn more about the Greek god Dionysius and the symbolism behind his name. This was one of the most influential Greek deities that was ever recorded.

So, if you ever wanted o learn more about Dionysius this is your chance.

Dionysius is a Greek god of fertility, vegetation, life, wine and enjoyment. He was the Zeus’s son and Semele, who was the child of Emperor Cadmus of Thebes. The birth of Dionysius is somewhat strange and it is tied to a peculiar story. His mother, Semele, got pregnant with him and Zeus was the father. Zeus’s wife Hera found out about Semele’s pregnancy and transformed herself into a nurse and befriended Semele. Semele then told Hera that Zeus was the father of the baby, but Hera didn’t want to trust her so she added a seed of suspicion in Semele’s head. Semele then asked Zeus to appear in front of her and after begging he agreed.

Zeus came with lightning and thunder and Semele died because the mortals could not see a god without ending up murdered. Zeus managed to save the baby from his mother’s womb and to hide him, he sew the child inside his thigh. The child was then reborn at the Ikaria island. There is a second version of his birth, his parents were Persephone Zeus, who was actually Greek goddess of the underworld. Jealous Hera sent Titans to kill the baby Dionysius, but Zeus came just in time and saved the baby’s heart. He then sewed the heart of the baby in his womb and the child was reborn.

The interesting story behind the birth of Dionysius became an inspiration to many other cultures, who decided to implement this story into their own tradition and mythology. Dionysius was also known as the twice-born and as the resurrected one, since he was offered a chance to escape a near death.

According to another myth, Zeus decided to give the baby Dionysius to be taken care of by Hermes. Hermes then took the baby and gave it to King Athamas and the queen Ino, to take care of him. The couple raised young Dionysius as a female and not a boy, in order to protect him from Hera because she wanted to kill him.

Other version of this story indicates that Dionysius was taken by ran-nymphs of Nysa who raised him from his infancy to his childhood. Because of their good work, Zeus made them a gift by them among stars (Hyades). The third version of this story speaks about Zeus giving young Dionysius to either Persephone or to Rhea to take care of him. The goddesses were supposed to protect the child from Hera’s anger. The fourth version mentions Dionysius spending his childhood with Maro.

Dionysius wasn’t created by Greek mythology; it was rather taken from other mythologies. Even though the Nysa mountain is a made up place that is often placed near Lybia, Arabia or even Egypt. This was the birth place of Dionysius according to many sources, but there are also sources that mention other locations as his birth place. 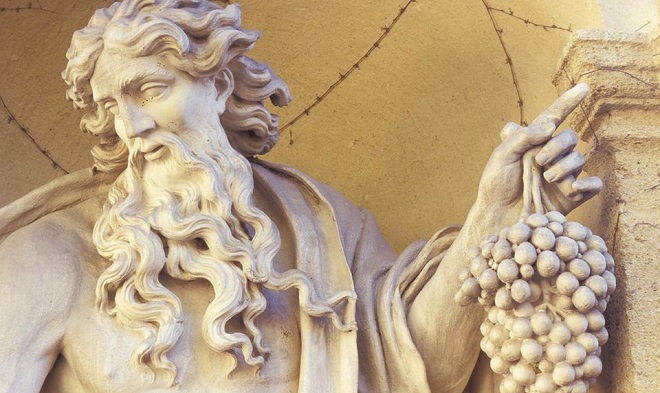 In his childhood, Dionysius discovered the beautiful taste of vine and started to extract this tasty juice from the grapes.

Hera made him go completely mad and he ended up wondering across Phrygia. There, the Cybele who was a goddess found him and cured him from madness and Dionysius continued teaching people how to cultivate vine.

One of the more famous parts of his wandering was his trip to India. He wandered up to the Indus river to the city of Nysa city. The locals later told the story about Dionysius founding this city. In the play called The Bacchae by Euripides, Dionysius returned to Thebes which was ruled by his cousin Pentheus.

The parents of his cousin, his aunt Ino and Autonoe didn’t believe him that he was the son of Zeus. Instead they accused him of making the women of Thebes mad. Dionysius used his power to drive Pentheus insane.

In his youth, Dionysius was also famous pupil of the Chiron, who was a centaur. Young Dionysius had an admirer in the centaur Chiron, and from him he learned dances, chants, initiations and Bacchus rites.

According to myths, Dionysius had many children to many different women. Some of them are Comus, Bacchus, Priapus, Thalia and many other.

In many descriptions, Dionysius was described as a very handsome and appealing. In one myth, Dionysius was sitting next to water and the sailors saw him on the shore. They thought Dionysius was royalty so they wanted take him and sell him.

They wanted to restrict him by using a rope, but there was no rope that could restrict him. After he was provoked, Dionysius transformed himself into a large lion and released a bear upon those who kidnapped him.

Festivals dedicated to Dionysius were called Lenaia and Dionysia. They were held in Athens and were famous for extensive amounts of wine and large feasts. People enjoyed while drinking wine and eating bread, while Dionysius was believed to be close, masked as a pole or as a vase.

Snake and the phallus were also symbols that were associated with Dionysius. Dionysius was often portrayed wearing a skin of a leopard and carrying a Thyrsus, which is a long rod or wand that has the pine cone on top of it.

Sometimes he was portrayed with a maenads, that use to wear ivy and snakes in hair or around their necks. Dionysius was often mentioned, especially in the Orphis tradition, as the god of immortality and death, and some even linked him to the reincarnation.

Another interesting fact about Dionysius is the mystery cult linked to his name. This cult got into Rome from Greece and the Greek origins are influenced by Etruria. This cult was established in the 200 BC inside the grove called Aventine of Stimula.

The cult was created by a priest from Campania that was close to the popular cult of Liber Pater. Liber Pater was a very popular cult in Rome and Liber was the deity of wine, patron of Roman plebeians and god of fertility. He was a close character to Dionysius and the Bacchus rituals had omophagic celebrations. Some of these practices included torturing live animals, eating raw animal flesh and also ceremony of the death of a baby and Bacchus’s rebirth.

In classical art, Dionysius is often painted with pottery, often nude and as an androgynous figure. He was represented as a human and this was pleasing to Romans later on, because it represented a human being who later became a deity. His rise became the ultimate goal of every human being and it showed them how big their possibilities are.

Dionysius was a big inspiration to many artists, writers sculptors and the use of his image continued throughout history.  In the Birth of Tragedy, German philosopher Nietzsche suggested that a tension between Apollonian and Dionysian principals are the base of Greek tragedies. These two opposites can be found in every human being, and we cannot escape these two sides of our character. Nietzsche also concluded that all Greek early tragedies were actually based on Dionysius’s sufferings.

Dionysius or Bacchus is also used in popular culture and one of the most recent uses of his name were in Chronicles of Narnia, Bacchus is represented as a scary, androgynous boy who helps Aslan awaken the spirits of the Narnia trees and rivers. In Walt Disney’s version of the Silenus, Dionysius also appears in the animated film Fantasia. Many cults around the world still worship this Greek deity and show him immense amount of respect. The celebrations usually involve sexual acts, orgies, wine and food. Many cult killings and murders were linked to the celebration of Dionysius, which is why it gained a negative image throughout history.

Greek gods and deities were divided by their characteristics and almost every natural occurrence and event had its own deity. People used gods to explain things they couldn’t understand and this helped them cope with natural disasters, emotions or even everyday simple struggles like jealousy. Dionysius is one of the most controversial Greek deities and the celebration of Bacchus or Dionysius was usually linked to reckless behavior, breaking moral rules of society and enjoying life without any boundaries.

Dionysius’s birth was unusual as well as his youth and adult life. Many Greek tragedies were influenced by Dionysius’s life and tragedy. Many even link the Dionysius’s birth or the legend about it, to the resurrection or rebirth of Jesus Christ. Even though there are a lot of differences between the stories, the premise stayed the same.

Dionysius definitely belongs to one of the most influential and controversial deities in Greek mythology. This Greek deity has a very strong symbolic value and significance behind it, so much that people still worship this deity and pay respect to it.

The story about Dionysius, Greek god of wine, fertility, might be gruesome or scary to some people, but his significance will continue to exist in the future. The level of influence this Greek deity had on popular culture is clearly visible, and that is enough proof that this figure was extremely important to Greek mythology.