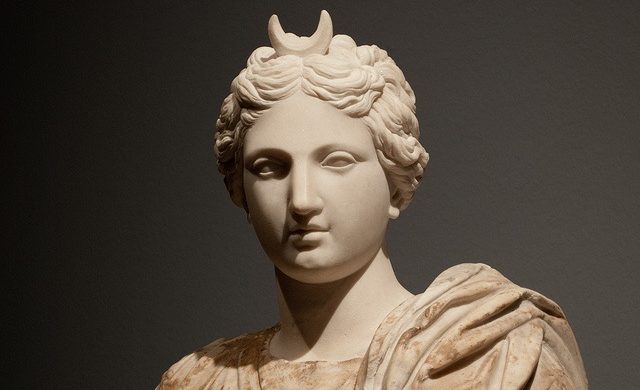 Greek mythology is filled with stories about amazing events and characters that have a rich history and powerful abilities. All of these characters are still living in some form today, because their names are still present in names of various things and events in popular culture. Greek mythology remains to be one of the most popular mythologies until this day, and this is something nobody can deny.

People around the world heard about Greek deities and know something about them. The reason why Greek mythology overcame all the obstacles of time is because people strongly believed in those myths and they cherished these stories for centuries. Greek gods and goddesses are characters that are usually inspired by real events and real people, but some of them are simply created by the human imagination.

In times when people didn’t have a way to determine or explain how something is happening, they explained these events as the work of gods and goddesses. This was the only way they could understand the things that were happening around them without going insane.

Gods and goddesses spoke directly to humans and showed their content or rage by gifting those blessings or discontent by sending them disasters.

In today’s text, we will talk about the Greek goddess Selene who was the goddess of the Moon. This goddess had a very strong cult following and she was one of the more beloved characters in Greek mythology. So, if you ever wanted to know more about this Greek deity, here is a chance to do that.

The goddess Selene was the daughter of Titius Hyperion and Theia. She was the Greek goddess of the Moon and her sisters were the Eos and Helios. Goddess Selene is often portrayed in art and in myths generally, riding a chariot across the sky. She was also well known for her many affairs with men and her love that possibly threw all others in the shadow.

The origin of the name Selena is unknown but some sources indicate that this name is of Greek origin. Some say that the name comes from the word selas that is translated as light. Many people refer to Selena as “the bright one” and the reason for that might be in the origin of her name. She is often associated with Artemis but there are myths and stories that separate these two completely.

In times when people didn’t have a way to determine or explain how something is happening, they explained these events as the work of gods and goddesses. This was the only way they could understand the things that were happening around them without going insane. Another association with Selene is Phoebe which was actually her aunt, and Phoebe in Greek was actually used to describe a feminine form of something. Besides these names, Selena was also called Cynthia, but the name Selena is the one that is mentioned most of the times.

Hesiod’s work called Theogony described us and explained us the origin of many Greek gods and goddesses. In this work, Hesiod mentions Selena and says that she and her sister Eos are the lights on the Earth and that they shine over the gods in the heaven as well. Their importance is far greater and more important than people think, and they are often portrayed as the lights on Earth in contrast to the darkness of the underworld. 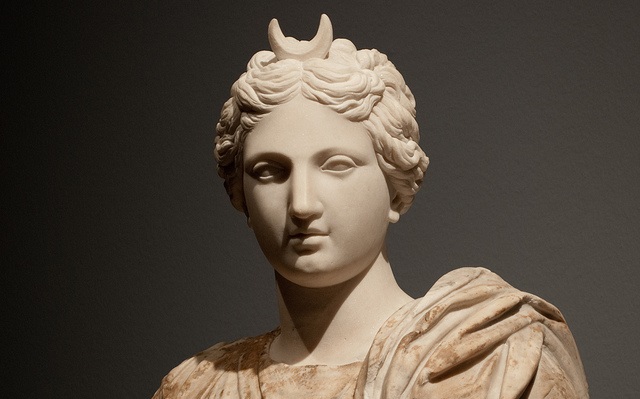 Goddess of the Moon Selene was known for her many lovers and partners. Besides that, she had many offspring and this is one of the first associations that people get when they hear the name goddess Selene.

One of her most popular and famous affairs was one with the human called Endymion. According to many myths and stories, Selene fell madly in love with the beautiful human and couldn’t resist his charm. One story that is linked to the Fall of Troy, mentions this goddess taking care of her lover who fell asleep in the cave.

Some myths tell that this beautiful mortal was Zeus’s son and that his father gave him an opportunity to choose how he is going to die.

According to legends, Endymion asked Zeus to put him to sleep eternally so that he never dies and never ages. But others say that the goddess Selene was to blame for this because she wanted to kiss Endymion while he was sleeping, because in reality he never loved her and loved Hera instead.

Some stories suggest that Selene and Endymion created a beautiful son Narcissus and others say that he wasn’t their son.

Many myths suggest that Selene had many children with Zeus. These myths say that Selene, together with Zeus, had nymph Nemea and Ersa.

Some stories also mention Selene and Zeus to be the parents of Dionysius but other myths deny this claim. Selene’s daughter was Horae, and she ruled over the four seasons.

One of the most famous associations to Selene was her Moon Chariot. According to myths and legends she drove this chariot across the sky and because of this, she was often painted with it in art and created with it in sculptures. Selene drove the chariot over the sky every day and brought light to Earth.

Many stories and legends speak about this event and about the importance of Selene to the ancient Greeks.

Selene was one of the Greek deities that had a very strong cult following. This Greek deity is often found in small sculptures and in art, which only tells us that people often held her figurines at home and prayed to this goddess regularly.

Besides these small findings, a large temple in honor of this Greek goddess was never created. There is one shrine in Thalamai in Laconia but besides this, there are no temples or larger sanctionary places devoted to Selene.

Associated to Selene was Pandia. In later texts it was concluded that Pandia was actually the daughter of Selene and Zeus and not Selene itself. To this character (Pandia Selene) there was a little more respect shown as far as temples and sanctionary go. Pandia was a festival that was held each year, but many celebrated it as the festival in honor of Zeus.

This festival was held during the full moon which might be one sort of homage to the goddess Selene.

Greek mythology is filled with stories about amazing events and characters that have a rich history and powerful abilities. All of these characters are still living in some form today, because their names are still present in names of various things and events in popular culture.

Goddess Selene was associated with the Moon, the sky, the night and the light. Many called her “the one who brought light” and this is often portrayed in many works of art. Selene was the goddess of light because she brought light to the Earth and many worshipped her because of that.

In myths and stories, Selene was often painted as a rich character, with beautiful hair and surrounded by light. There aren’t any other specific details about this Greek goddess because she was one of Greek deities who were rarely depicted in stories. Selene’s description is best interpreted through the words of other heroes and deities in Greek mythology. Some mention her as the bright eyed and others as the one who sees everything.

In art and in sculptures, Selene is often depicted next to her lovers and partners. Besides this, she is also depicted in her chariot or next to the moon itself. Besides being depicted as a woman, Selene was also depicted as the moon and the night sky. She was painted as the crescent moon and many see her as the all-seeing eye, because the moon is always following us no matter where we try to hide during the night.

Selene was the goddess of the moon but her significance was also in the ability to bring light to Earth and bringing people out of the dark. Her eyes are all seeing and no one can escape her sight. Some even link this ability to the ability to see things before they happen and the fact that no one’s bad deeds can pass without a punishment.

In times when people didn’t have a way to determine or explain how something is happening, they explained these events as the work of gods and goddesses. This was the only way they could understand the things that were happening around them without going insane.

People around the world heard about Greek deities and know something about them. The reason why Greek mythology overcame all the obstacles of time is because people strongly believed in those myths and they cherished these stories for centuries.

Selene’s ability to see everything that people were doing is something that was linked to the all-seeing abilities of gods and the fact that no one can escape punishment for bad deeds. There are not many stories about her origin and birth, but most of them suggest that her father was the god of the sun, which is the logical link to her as the goddess of the moon.

Selene’s cult following was almost non-existent, but many other cults came later that respected the moon and were in a way influenced by her resistance. In art she was depicted as the moon or inside of her chariot, driving across the sky and overlooking the humans.

In myths and legends she was depicted as the one with many lovers, and some of them were more known than the others. She many offspring later became important characters in Greek mythology and she was also associated with many Greek characters that had a big influence among people.