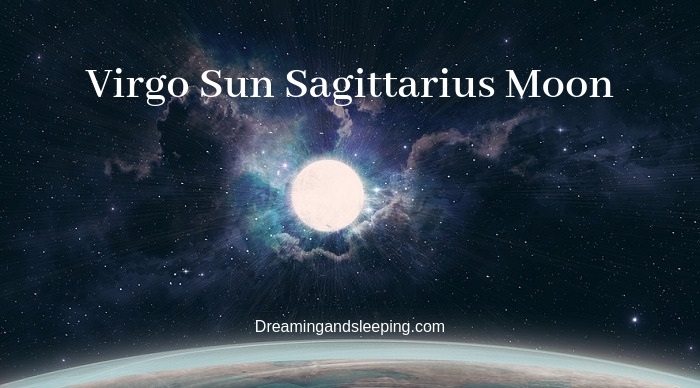 The Moon has more weight in the natal chart than we think, and this aspect comes as a surprise for some, while for others this is expected since effects of the Moon could be felt in our everyday life (in nature, and also in the human behavior).

So, why is this so hard to understand, that the Moon has an impact on our character and life if we look at things from an astrological point of view?

Maybe, because we are more use to speak about the Sun’s influence in the natal chart – it has greater importance, but the Moons impact cannot be neglect since one does not go without the other.

Their combined energy is the thing that makes luminaries so crucial in the Astrology.

The Moon directs energy to the more collective and spontaneous aspects in the human character, to things that are maybe less individualistic and intellectual than the energy that is connected to the Sun.

So, the Sun is connected to the centre, the Moon to the edge and at the same time to the depth (soul and emotions).

Today we are looking into the life of the person who has Sun and Moon located in the Virgo and Sagittarius combination.

What does this mean and is this combination seen as good or bad in the astrological circles? Read all about this.

Of course, we all develop in different ways, depending on the circumstances in life, and in some ordinary circumstances, a person who has luminaries located in the Virgo and Sagittarius combination is the one that respects social conventions and recognised moral values. He lives by these rules, and in many cases, he is the one that wants to set the standard for his environment.

This can also be the person, who is attracted to others, as well as they are attracted to him, and he likes to be valued for his honesty, integrity and sensible behavior (that he undoubtedly has). These three things are the core of his being, his strength.

He is the one person that could be seen as calculated and he speaks and acts mostly when he is sure that he is right, which does not really contribute to some kind of spontaneity. But there is a certain charm in his organisation and calculation, and many of his actions lead precisely toward success, because he is able to calculate the risks and to gain the most out of any situation.

He is the person who is in the majority of time honest and sincere, generous and optimistic, but very attached to one sometimes excessive moral code of honor – it is ok if he manages to be the example for others, but he cannot be the preacher.

In fact, we will also add that his everyday life is enriched by peaceful and generous spirituality; he can nurture the spiritualism of small and great things, without the desire to remove the average of their material life. This is the balance that he wants to have in his life, and often he does have.

As we have said this is the person who lacks spontaneity in his life, and therefore he can miss out of some things in his life. He can miss out many chances because he either is scared to take a certain probability or thinks that that particular chance is not good enough for him and that he can do better.

Such character as this one that has luminaries located in the Virgo and Sagittarius combination can be prevented of some of the most essential and natural personality needs to be truly experienced or sufficiently supported.

Sometimes he can criticise others for the things he sees as wrong, and he must avoid by all costs this tendency to be (or to see) himself as the person who is on the (moral) throne.

He must try to suppress his need to preach others and to set the standards for people.

The keyword for this person in life, and also in love, is freedom – he must be free to speak, and act, and think what he thinks he should. And he needs to be in love with the person who understands the importance of freedom in his life.

In love and when in love – he is a carefree, friendly and optimistic person who is most of the time quite restless. But the Sun in the Virgo brings a specific dose of seriousness and worry, but this may come as good balance for such character.

However, as he is intuitive and idealistic, he often wonders what kind of spiritual horizons are made from him in later years, and then settle down with the person who he cares the most. He chooses lovers by listening, most of the times the signals that come from his heart, and then he evaluates his potential lovers.

This type of Virgo, with the Moon located in the Sagittarius sign, is nonchalant, prone to love openly and he shows emotions more readily than other Virgo people.

For him, life, love and everything in between takes philosophically and from its bright side. He is able to talk openly about someone else’s mistakes, and he feels especially that he has the right to do so with his lover.

The main advice for this human being when in love is to be careful not to disturb others and suffer if he feels rejected – and we must say that this situation sometimes happens and it cannot be avoided.

This happens in times when this person is constantly wondering where he made a mistake and then he is obsessed with it until he finds the reason for the rejection. This is completely unnecessary, and this is an aspect that ruins his optimism and carefree nature in love.

Regardless of how this person can be lovely and amazing in love, still, at the same, he can be an egoist, but also a very generous and unselfish lover. These two tides are present in his life, and he can be the one that will meet only his needs, and also the lover that gives himself selflessly to partners.

He is brave when he feels that someone loves him; he is talkative, easy to get excited, so he is really one of those people who rarely can happen to stay unnoticed in the crowd.

But, even when in a long-term relationship this is the person who will rarely change his ideals, but will gladly try to influence his environment with a word or example(his lovers, in the first place).

Although, this person works carelessly, cheerfully elusive, and very socially, it is prone to very strong business activities, emotional falls because it also has one kind of exclusivity. As much as the Moon in Sagittarius brings freedom and breadth to this person, it is sometimes difficult for him to merge his practical nature with the desire to see the whole world, live according to his rules and has no limitations.

Because of this, this person’s profile has periods of withdrawal, isolation, and lack of interest because he does not know how to get the best in the “social and everyday protocols” of the society in which he is moving.

In the field of emotions in the life of this human being, there is always a period of strong emotions and a small withdrawal, but such a person is more dynamic, more engaging and more interested in a person with whom he can mentally and physically complement.

The perfect match could maybe found in the representative of the Gemini sign – the one that will understand his need for freedom and will have understanding for his needs (he will either accept it or not). This could be a love relationship that will be based on open communication.

All in all, this human being is an accomplice who can carry out what others have in general conceived but is often inclined to work in the shadow. He is the one that will analyse any problem for his friends, and give a piece of open and honest advice.

He also loves his friends openly and can be selfless and very generous (in every sense of this word).

As a friend, the one that has Sun and Moon located in the Virgo and Sagittarius signs is the person who can be relied on.

But he is the one friend in your surroundings that is an idealist who is always fighting for the “right” thing, and will always stand up for the defense of the weak.

The connection between these two influences, the Sun in the Virgo and the Moon in the Sagittarius makes this person, in some way quite contradictory.

The Sun in the Virgo wants security, peace, efficiency and discretion, and the Moon in the Sagittarius gives the desire for the adventure and wants to be on the move always.

This Astrological combination in a person who has Sun and Moon located in the Virgo and Sagittarius combination usually makes a personality that manages to avoid the pure logic and coldness and thus penetrates into the true essence of life, people and situations.

But the Moon in the Sagittarius offers the possibility for such a person to discover the philosophical and ideological meaning of life, which, supported by the realism that contributes to the creation of a strong personality capable of rising above the problems in life.