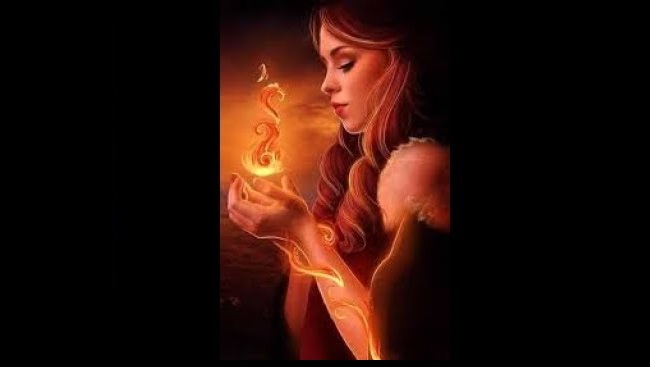 Roman highest deity was Jupiter, but there were many other deities that were worshipped among people. The reason why religion played such an important part in those times of human history is because people didn’t have any other way of explaining natural events and things that happened around them.

The human mind and creativity created mythology to help them overcome the hidden secrets of the world and to explain them in the best way possible. Some deities were good while others weren’t.

Another interesting thing about gods in Roman mythology is that they had the ability to decide whether to be good or bad. While most religions today propagate love and peace, in the past, gods had the ability to kill people and inflict revenge upon them if they misbehaved.

This is a much different approach to religion than we have today, and gods in Roman mythology were much more human-like than deities from today’s religious beliefs. Gods could feel anger, jealousy and all other negative feelings, that shouldn’t normally be a part of their behavior.

In today’s text, we will look deeper into the mythological and symbolic meaning of the Vesta, Roman virgin goddess and goddess of fire and hearth. This deity had an important symbolical meaning for ancient Romans, and many worshipped her. Vesta belongs to one of the minor deities and it is not too complex deity in Roman mythology.

Vesta was the Roman goddess of fire, family and hearth. She was rarely seen in a human form and most of her depictions paint her as a fire or as a presence we can feel around us. This Roman deity belongs to the minor Roman deities and it is not considered as too important by many.

This is, of course, not the reason to devote less time to explaining the symbolism and meaning of Vesta. Her counterpart in the Greek mythology was Hestia.

According to the ancient myths, Vesta’s worshipping began in Italy in Lavinium. Her birth place was Alba Longa, as the first Trojan settlement. From Lavinium, where Vesta was first worshipped, she was transferred to Alba Longa. Roman magistrates would often visit Alba Longa to give sacrifices to Vesta and other household gods that were called the Penates. They were Trojan gods who were first introduced to Romans by Aenas. Vesta was often called Vesta Illiaca or the Vesta of Troy. Her hearth was also called Trojan hearth.

Worship of Vesta originated in homes of Roman people and was slowly established as a cult by Romulus or by Numa Pompilius. The priestess Vesta Virgins took care of her temple and watched over the eternal fire.

According to ancient tradition, the highest Roman priest pontifex maximus would reside in a domus publicus and after assuming office Augustus gave his private house to Vestals as public property. Old shrine remained Forum Romanum or the Temple of Vesta.

Vesta was also the protector of the city of Rome, which is why they built her a temple on top of the city that resembled a fire place. This public fireplace with fire that was never put out was taken care by the priestesses of the temple who were called Vestals.

There were six priestesses and they were under the pledge of eternal innocence. The temple held many symbols of the state and also the statue of Athens, that was brought there by Eneus.

Vesta was also linked to Liminality and brides were careful not to step on the threshold while entering the new home, because this represented kicking the sacred object. This is why the brides, even today, are carried over the threshold as a sign of respect for the goddess Vesta.

According to Roman beliefs, Vesta was present in every Roman wedding and her presence was acknowledged by not stepping on the threshold of the home. Vesta was also linked to the agricultural deities Terra and Tellus.

The reason why she was linked to flowers was because she was vested in flowers.  Even though Vesta wasn’t even close with her powers to other higher Roman deities, her importance was great and the people of Rome respected her.

Even Roman consuls knew the importance of this deity, so they would often bring her sacrifice and ask for her mercy. Vesta ruled quietly and not with rage, but with kindness and with sentimentality.

Romans needed a strong connection to the gods, and whenever their faith slipped, Vesta’s presence was felt around them. Romans adored this goddess because it reminded them about things they loved, and those were their homes and their families.

Vesta was the goddess of fire, home and family. Some even link this deity to agriculture and also weddings, even though her primarily role was the role of goddess of fire. She was the daughter of Saturn and Ops, and her brothers and sisters were Jupiter, Neptune, Pluto, Ceres and Juno.

She was never painted in a human form which is why she is always mentioned in works of art as a presence of spiritual kind or as a fire in the fireplace.

Vesta represented one of the minor Roman deities, but her significance to Romans wasn’t small. She was considered to be the protector of the city of Rome and significance was shown by both festivals that were held in her name as well by temples that were built in her honor.

The importance of Vesta was later shown by Roman consuls and emperors who gave a lot of attention to building temples and shrines in the honor of this Roman deity.

Festival in the honor of Vesta was held from June 7th to June 15th and was called the Vestalia. The animal consecrated to Vesta was the donkey, which is why this animal was often decorated with flowers and fed with pieces of bread. Vesta had no official mythology, and she existed as an abstract goddess for a very long time. She was rarely depicted as human and was most often described as a presence of fire or simply a spiritual presence in the room.

The cult of Vesta started in Bovillae, Tibur and Lavinium. These orders all rooted in the ancient tradition predating Rome and their presence was also noticed in the sanctuary of Diana Nemorensis near Aricia. Vestals, who kept the public fire in the Temple of Vesta, were the only form of Roman full-time clergy position.

They were usually from the patrician class and they needed to take care of their chastity for 30 years. They were called the Vestals virgins and were known for wearing a particular type of clothes or dresses.

They all lived together, all six of them, in a house near the Forum. Vestals role was to keep a close connection of Romans to the gods and to remind them to be faithful and respect the gods.

They would often warn Roman citizens, usually once a year, to remember the gods and to devote their lives to them. T

his was the only way they could live a happy and fulfilled life, because humans couldn’t rule themselves without the help of god’s powers.

Vesta was the Roman goddess of home, hearth and fire. This Roman deity might not be the biggest one, but her significance is certainly great.

She was the goddess that reminded the Romans to keep a close connection to the gods and to never lose this connection no matter what. Roman consuls and later on emperors needed to bring sacrifice to Vesta, or to her Temple in Lavinium.

The human mind and creativity created mythology to help them overcome the hidden secrets of the world and to explain them in the best way possible. Some deities were good while others weren’t.

Vesta was certainly the goddess that leaned on to the positive side and her role was to protect the most important things and those are family and home. She was the daughter of Saturn and Ops, that ruled the world during the Golden Age and her brothers were Jupiter, Neptune and Pluto.

Her sisters were Juno and Ceres. Vesta often appears as fire in fireplace and in temples, which is why her importance is very big in the Roman mythology.