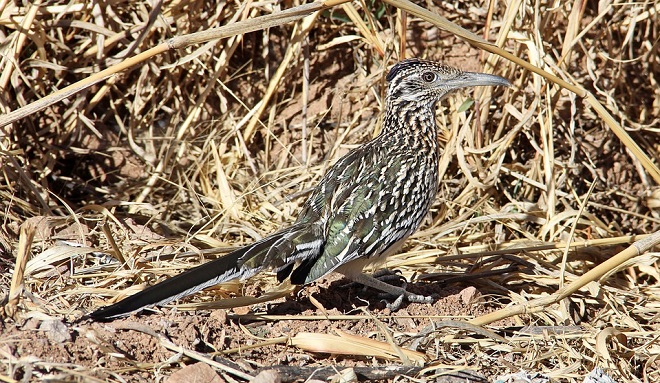 Birds have a special kind of symbolism. As much as we learn about them we get more and more enchanted by their peculiar ways.

Roadrunner is another interesting bird that lives in southwestern parts of US and Mexico, which makes it native to the American continent.

Speed – Just like their name says roadrunners are extremely fast. This is their defense mechanism against predators, so they need to be.

They can run up to 20 mph so it is very hard to catch this bird.

Sensitive – Roadrunners are very aware of their surroundings. They need to be, because there are a lot of predators lurking to get them.

Just like all birds they scan everything that is going on around them, and plan their each step before acting on it.

Roadrunner as a totem

Everyone protected by this totem or born under it is bound to be a good communicator and a social person. These people simply love spending time with other people and exchanging ideas.

There is nothing more important than being engaged in conversations with other people, even if it means neglecting your obligations.

Having fun is what their life is all about, so they often find themselves head over heels in obligations that weren’t taken care of.

That is when they start lacking motivation to handle their obligations, and problems occur.

Roadrunners symbolize diplomacy and communication. They handle very good jobs that involve having these skills. This is why they become good lawyers, PRs and journalists.

Just like roadrunners, people born under this totem tend to react quickly in life. Their intelligence helps them decide smart but also fast. Many other people would get themselves into trouble, if they had to make decisions as quickly as these people.

Overall, as totems, roadrunners radiate strong energy that is a representation of freedom, quick way of thinking and communicative nature.

Roadrunner as a symbol in a dream

They are symbols of new opportunities but can also be representations of your character.

If you had a dream about a roadrunner running, then you will be able to finish something important you have started. This project is something very important to you and it is linked to your career.

If roadrunner in your dream was dead, then you will miss out on a great opportunity in life. This can refer to your personal or private life.

If there were more roadrunners in your dream, then you will be able to establish a good relationship with someone in your life.

This person is going to be very valuable for you, later on in life.

Roadrunner as a symbol in different cultures

Roadrunners live in western parts of America and in Mexico. Symbolism of this bird was created by indigenous people of these southern parts of America, and other cultures in the world were introduced to it hundreds of years later.

Tribes, Hopi and Pueblo, believed that roadrunners are medicine birds that have incredible healing possibilities.

They were used as protection against bad spirits and negative energy.

Roadrunners were also considered were used for racing as well, by tribes that lived in these parts of the southwestern region.

Their feathers were used as decorations but also as protection for the newborn babies.

Their feathers would be tied above the babies cradle in order to scare away the evil spirits.

Pima tribes and other American Indian tribes considered it lucky to see a roadrunner. If they saw one in nature, they knew that prosperous times are coming and they can be relaxed.

Roadrunners meat and other body parts were used to cure illnesses and to boost stamina and strength.

In popular culture we all remember the Cartoon, “Coyote and Roadrunner”.

This popular cartoon depicted perfectly a character of a roadrunner and brought joy to many children’s homes.