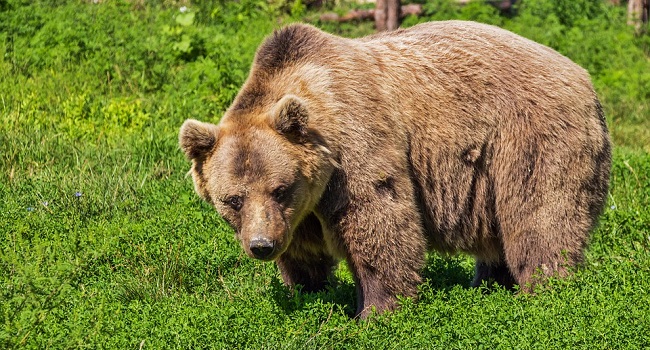 Bears are magnificent creatures. Their strength and resilience is breathtaking and their mere appearance scares even the bravest of us all. For centuries, bears have been used as totems and symbols and their images can be seen on various cave drawings and in old scriptures.

Bear as a spiritual animal has a great power. Many cultures all over the world respected this dominant animal and admired its strength and power. Bears drive their power from their strength and resistance to even the toughest life conditions on our planet.

In popular culture, bears are portrayed differently, but mostly they are used as a positive symbol, even though in real life they are not really a “pet like” animal. In cartoons and children movies, bears are often used as symbols of goodness and loyalty.

Bears inhabit almost every continent and living conditions in which they live are very different. Polar bears are probably the most beautiful and most rare of them all. They are surrounded by snow and ice their whole lives, but still they manage to survive all of that and continue to enrich our planet with their existence.

Polar bears have been very interesting to the people who lived in the icy places of our planet. There are many myths and legends explaining the origin of a polar bear. Their white fur and beautiful appearance has stunned people for centuries and left them speechless.

Before we get to the bear’s spiritual aspect, we will learn more about his main traits and characteristics. Here are some of them.

Deep meditation – Bears are well-known for their long naps they take during the winter time. They spend most of the year preparing for their hibernation by stacking up pounds and eating enough to get them through tough times.

This period is also marked as the period of deep meditation for bears. If we would apply this to humans, we would probably get a person who is introverted and deeply in contact with its own thoughts and inner self.

Strength – Bear are, without a doubt, strong creatures. Their magnificent physique makes them extremely dangerous and life threatening for everybody, including people. There are numerous accidents in which bears have attacked people, and only a small number of them end happily for the humans.

Bears weigh several hundred pounds and can grow up to 5 feet, depending on the breed. Bears are extremely sensitive and territorial, especially if their cubs are disturbed or if their territory is being taken.

Ferocity – Bears are ferocious to the extreme. With their large physique and great strength, they will certainly tear their opponents apart. Large claws and strong jaw, makes them extremely dangerous to everybody.

If you ever enter a bear territory, be sure to walk away as quickly as you can, because you never know what might tick them off. Bears can easily be listed into the “predator” category, together with lions and panthers for example.

When attacked or provoked, bears will not hesitate to use all of its strength to destroy an opponent, and there aren’t many of them for sure.

Protective – Probably the best characteristic we can use to describe a bear is protective. They are very sensitive when it comes to their territory, their cubs or themselves. They will certainly react to even the smallest provocation and attack anyone who enters uninvited.

Bears protect their young ones with everything they got. There aren’t many animals who act this way with their babies, so this is what sets bears apart from all of the other mammals.

Resilient – Bears can adapt to any living condition on Earth. Their thick skin and resilient bodies help them cope with cold weather during winter and after shedding in the spring, their lighter coat helps them survive warmer temperatures.

In the snowy parts of our planet where nothing grows and almost nothing exists, polar bears find food and shelter. These magnificent creatures manage to cope with ice and snow and feed themselves and their cubs in such extreme living conditions.

Having a bear as a totem is a sign of great power and strength. These people are extremely strong willed and opinionated, and everybody is going to have a hard time if they try to convince them to something they don’t agree with.

These people are also very strong in a physical sense of the word, meaning that they can outstand sickness and hard physical tests without any problems. Their minds and their bodies are perfectly aligned, making these people both mentally and athletically superior.

If your plan is to break them and make them feel sorry for themselves, you will definitely fail. These people are made to survive even the toughest life situations and conquering things no one else can.

They will react to even the smallest provocation and you won’t be able to harm anything that is dear to them in any way, because they will fight you with everything they have.

Bear is also a symbol or totem that represents resurrection. People with this spiritual animal are introverts and they rely greatly on their gut. They won’t rush into things without giving it a good thought and they certainly won’t do something irrational and childish.

These people love spending time alone with themselves, thinking about life and meaning of everything. They are great thinkers and philosophers who will always have something deep and profound to share with you in your toughest moment in life.

Bear is also a symbol of guidance, which means people born under this symbol or totem are great leaders and providers, who change the world with their ideas and their power. Sticking with this person seems right and you feel protected and appreciated.

These people are also not the ones who rush anything. Bears travel slowly through life and they know what a true joy in life is. All they need is food and water to survive. This is exactly the life philosophy of a person born under this spiritual animal or totem.

They know exactly what they want in life and their desires go beyond materialistic and greedy wishes. They will take time when making an important decision because they know the importance of it. They love to enjoy good things in life, that don’t always have to be materialistic and earthly. Company of good friends and family around them is what is most important to them.

Another great characteristic is the strength these people have. They are marked as leaders and wise man everybody wants to ask for an advice. They are born to lead and they are born to fight. Conflict is something inevitable in their life, which makes them a perfect combination of brains and strength.

Bear as a symbol in a dream

Bears in dreams are quite often symbols. They can represent many things, depending on the situation we have dreamed about and depending on our vision of it. To see a bear in your dream represents your independence and power.

You feel stronger than ever, maybe because you have defeated an obstacle in your life that was troubling you deeply. As a symbol in a dream, bear can also be a protector and a female figure in your life that is always there to keep your back.

Bear can also represent a vision of life and death, resurrection of some kind that is provoked by your thoughts and introspective nature. You overthink everything and everything has a deeper meaning.

In Celtic culture, the bear goddess Artio is a representation of transformation in the nature. Just like bears sleep or hibernate during the winter and in the spring they wake up, the goddess brought summer and warmer weather after the long and cold winter. Goddess also represented femininity, emotions and renewal of things.

Many cultures also associated bears with the moon, because of bear hibernation cycles were usually aligned with the lunar cycles.

Probably the biggest symbolic meaning of a bear is found in the Native American culture. Bears were considered as a strong medicine and power of wisdom and knowledge. The tribe leaders would often wear bear charms on them as a symbol of strength, wisdom and power. Their deep connection with the nature, water, forest and air, is represented through bear’s ferocious nature directed to those who enter his territory or hurt his natural habitat.

In Chinese culture, bears are represented through Dou constellation. They are associated with strength, male energy and great courage. Among Taoist, bear represents light and dawn and healing powers through visualization. In the Han dynasty in China, bears were worshiped as sacred animals and bear was the totem of the whole country, representing strength and power.

In Aztec culture, Tezcatlipoca god is connected to the Ursa Major constellation and it watches over warriors. It also represents a crossroad of some kind with major consequences for those who are going to be challenged.

In Shamanic culture, polar bears carry and extreme amount of symbolism as educators and as sages. Vikings wore bear skins to provoke their enemies and to awaken fear in them, during battles.

In the modern culture, bear’s hibernation cycle can be used as a good example of how we need to get more in touch with ourselves and our inner thoughts. Busy lifestyles and chaotic lives have made us stressed out and exhausted, so this is why hibernation might be beneficial to all of us.

It could remind us of the things that are more important in life and give us strength to survive, yet, another day just like the magnificent bears do.