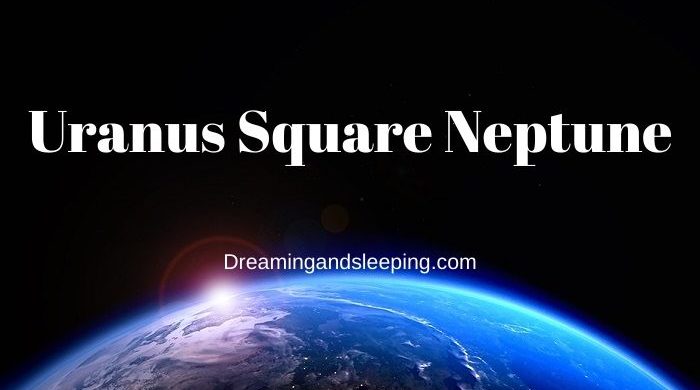 It is truly interesting how this hard and problematic aspect can make people feel better than ever before, and this is what can happen when Uranus meets Neptune in a square position.

This aspect is reflected in the lives of the people – they can become intelligent, and passionate but also people who cannot deal with their own emotionality, so they are too active in their reactions and are prone in acting in bad manners just for the gain of attention.

This is also the aspect that makes our perception of ourselves, and the world becomes distorted. This can lead to strange ideas, sudden disappointments or embarrassing controversies, but there is also a space for some growth and progress that can come out of those ideas.

When the planet Uranus is in a Square position with the planet Neptune, this is the transit for people who have this position in their natal chart, means that are able to grow and maintain a collective consciousness for different movements.

This is the aspect that can give control over yourself, and you are able to influence society as a whole, and the best part comes from the ability to fight for your views.

It is a known astrological fact that the planet Neptune represents inspiration, humanity, imagination power, intuition, aesthetic appreciation and idealism.

Have in mind; the planet Neptune is also in charge of the world of fantasy, illusion, imagination, dreams, confusion, and it manages lies, self-deception, deception and trickery (this is also seen in the lives of the people who have this aspect in their natal charts-

When combined in a “bad” position with the Uranus, you get the area that is beyond the limits of reality. 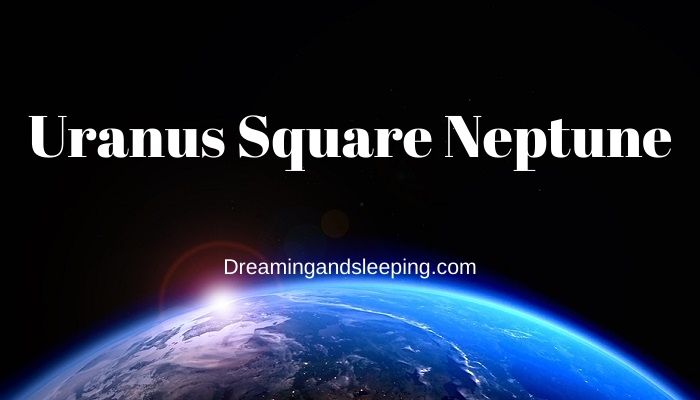 So, if you look at this position from a positive point of view – then people are given the opportunity and possibility to make capital through some form of art, it is a great way to use their creativity.

In this way, that positive trait is seen that there is no discrepancy in the spiritual segment of life that is also visible because of this square; they are easily dealing with complicated situations and avoid the bad consequences that Neptune can have on their lives.

We are not saying that something is perfect in their lives, and we are also not saying that those who have this position are blessed, but the fact is that they are able to avoid problems, in certain times.

But, the square position is not hard without any reason, it brings problems and challenges, there is no doubt about it, and here it is seen in a possibility of great health hazards, illness, suicidal ideas, opiate use, alcohol or serious risks in business.

Those who have in their natal charts some other planets in some other unfavorable positions are prone to risky behavior, and we do not mean only in the work area of life, but in life in general. They make stupid mistakes for a stupid reason.

When transit Neptune makes bad aspects with the Uranus (like in this case where they are found in a square position that some do not even call bad, rather challenging), it indicates the presence of spiritual imbalance and an individual’s propensity for self-deception. Yes, they are prone to live in a dream world, where everything they have is a question; most of the time, it is their illusion.

This aspect also indicates possible conflicts and disputes with a partner, and we will speak some more about this in the next section, where we will deal with interpersonal relations and synastry.

It can also refer to the lack of creative talent boost, and here we are talking about the moment when those with great talent are not able to let it flow, they have a blockage of some kind.

They will have to work very hard to strengthen the area of ​​imagination and creativity.

It can also be a hint of great material loss, damage and fraud, and people who have this aspect have to be careful about business negotiations and offers.

When Uranus makes square position with the planet Neptune, it represents a period of heightened stress, and this is very much seen in the synastry.

Lovers that are found in this planetary position are unable to communicate in some way, they are not speaking from love, but they are speaking the words that come from stress.

It also can signify changes in the plan of romance, suffering and unrealistic view of the situation – either one lover does not see the entire situation clearly, or both lovers have their own vision of that other person that is everything but real.

Mostly, people, who find themselves in such a position, must know that this is one aspect that brings about a lack of balance, exhaustion, health problems, difficult adjustments, prejudice and a tendency toward destruction, what this could mean when seen in love connection – nothing good.

All in all, we cannot say that this is some very good connection because people will have a feeling of an internal void, a will that is going away, an inability to move on, after they somehow come to the realization that the love is over, or that it must change is form if it will remain alive.

The planet Uranus, in a general way, represents a positive, dynamic mobilization of intuitive abilities and Neptune, even if found in this difficult connection, creates a negative, receptive and ultra-sensitive state of consciousness.

The incompatible aspects between these planets may create some vague disagreement, among, for example, colleagues, that is difficult to explain, but it is no less real.

In some positive light, even here the planet Uranus can count on Neptune’s imagination to create a level of emotional enthusiasm that is difficult to control but which in some cases can inspire Neptune to reach a new level of artistic creativity and enhance his spiritual alertness.

We must say that, as we have mentioned before, people of this aspect are prone to some unnecessary risk, and this is seen in the work area also.

But, if we look at the work area of life exactly, it brings the possibility of success and connects with a period of heightened creativity.

In some way, it can refer to greater optimism and enthusiasm. However, in the case of squares or recalls, it refers to a period of delusion and is considered unfavorable in the area of ​​trade or gambling.

These two planets symbolize opposite poles of high-level consciousness, and this can be good if they deal with some matters of the world, like high politics, etc.

The planet Uranus can only enhance Neptune’s ability to be deceived its inability to formulate its ideas with crystal clear precision; even if this is possible, there will be a lot of confusion for all of us, when this planetary aspect is alive.

Neptune may be able to bring a vision and compassion to Uranus’ ideological point of view, or cunningly play on a partner’s ability to excite, which can either increase his innate intuitive ability, making him even more restless or leave feelings in total confusion due to the unpredictability of a partner.

As you can see, the impact that comes from this aspect tackles all parts of our lives.

All of us should expect some vague discontent in communion, which will be provoked by certain lurking, nebulous anger that is difficult to identify and even harder to cure. We can act in this way, or we can notice others who act in this way, and it bothers us.

This planetary contact between the two planets that are equally interesting will be best mastered by persons who are highly self-developed or those who strive to be like that.

And, in the end, the fact is that this is the time to make your own dreams come true, not because of them, but because of the experience itself, that can be beneficial. Even if it is hard, even if it is unbearable at times, we believe that it is worthy.