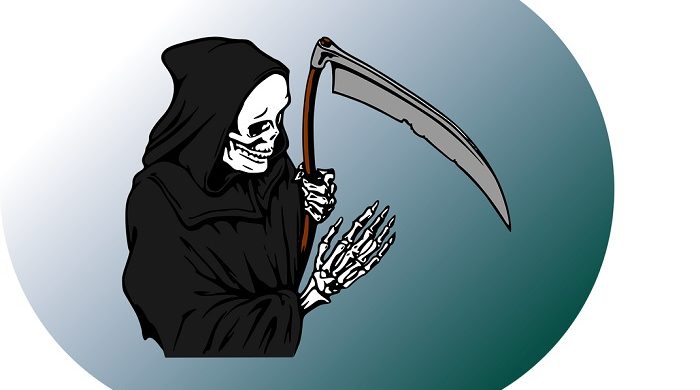 Dreams are a collection of memories, ideas, experiences and events that are present and stored in our subconscious mind, which we often forget.” As he claimed, our consciousness is just the tip of the iceberg below, which is home to a huge part of the subconscious.

Therefore, our dreams are in some way, the “messengers” of what is going on in our subconscious -these are the aspect that is most common hidden and not just that we cannot explain to ourselves.

Therefore, if we can interpret our dreams in some way, it can help us to understand ourselves better, and this is the entire idea that is behind these pieces about dream meaning and symbolism.

Although dreams of Death, in any of its versions (you or your loved one is dying or you have an encounter with the Grim Reaper), can often provoke fear, they generally have a positive symbolism and indicate that it is time for some important changes to happen in your life.

In addition, it is known that if you dream that a person has died, that way you prolong that person’s life. And all of this we connect to the one very specific dream, the one that speaks of the Grim Reaper.

The dream about the Grim Reaper is among those dreams that are connected to Death, but that does not signify that Death is coming for you or someone you love.

The Meaning of Dreams about the Grim Reaper

If in a dream you have seen a Grim Reaper coming for you, such a dream could indicate that you are missing something about the person who is close to you in real life, and you are finding ways to deal with this pain.

In addition, this dream may mean that the person no longer means anything to you and that it no longer has any role in your life – and now the Grim Reaper has come to take that person out of your life, symbolically speaking.

This is a completely normal feeling that you may have, and Death in dreams in any of its forms, in fact, speaks of ending something. The same case is, as you could see with the Grim Reaper that appears in your dream world. 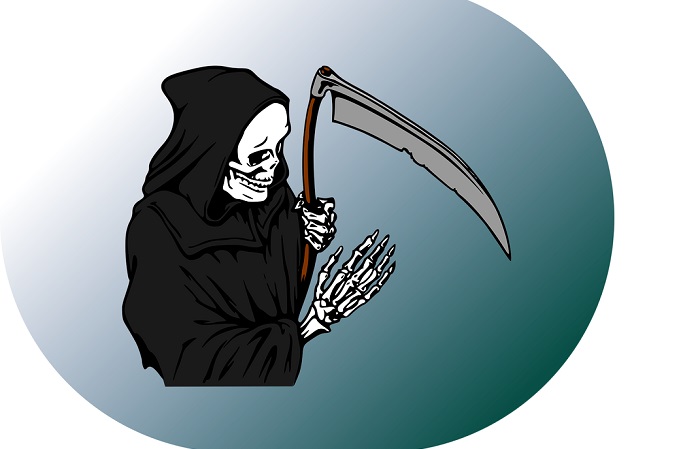 If you had a dream that you are dying, or that you have died, and that the Grim Reaper is standing by your side, waiting, and such a dream means the inner changes, self-discovery and transformation that is happening in you or in your life regarding some aspect of your life.

This dream is considered to be the positive one because it indicates that you have big changes ahead and that you are going through a phase of awareness and spirituality.

You leave the past behind, so Death, in this case, is only a break with old habits and emotions.

So dreaming of your own Death should not scare you, though it can sometimes cause fear and tension, even when a scary creature like the Reaper is standing by your side.

If you are talking to the Grim Reaper in your dream – such a dream is the assurance that you are looking for a fresh start and that you need life changes.

Once again, the meaning that is behind this dream is not a negative one, but it speaks of your inner feelings that are matured enough to grow and enter some new stage.

They are coming your way, and it is all about you, can you accept them or not. As long as you deny changes that are about to come, and as long as you try to avoid them; such dreams will repeat themselves every night.

The Symbolism of Dreams about the Grim Reaper

As far as the symbolical values go, the dream where the main motive is the Grim Reaper, such a dream carries the symbolism that various changes are happening in your life and that you are becoming independent of your past life. You are leaving that life behind and moving on into the direction that you wanted for so long and now is becoming a reality.

If the Grim Reaper in your dream comes in some other form, but you still know that it is Him, such a dream is the sign that you no longer have to live in the past and that it is time to move forward.

If the Grim Reapers from your dream is not talking and He is just holding your hands, and taking you “somewhere”, such a dream symbolizes that you need to take yourself seriously and no longer allow yourself to behave immaturely. In addition, such a dream can also symbolize a new phase in your life and your own self-discovery.

If the Grim Reaper in your dream is telling you that you are dying, and you feel scared because of his words, such a dream is a sure sign that you are feeling a lot of pressure and that you have to make a big difference in your life. You have a choice of whether to embark on a new life adventure.

If the Grim Reaper is speaking to someone else in your dream, such a dream symbolizes a change in relation with that person. This implies for you in reality. It signifies that your feelings for that person are dead or that there is a big change in the relationship with that person.

In the end, if the Grim Reaper is smiling in your dream, such a dream symbolizes you and the fact that you are not touched by the changes that are happening around you.

Do not be scared to interpret dreams about Death- it is about connecting a symbol to the images, events, and things we see in our dreams with something in our lives that are causing us the problem.

Anyone who dreams of the Death or any scary aspect that is connected to Death, like the scary Grim Reapers, feels scared and disturbed, and how could not be, this image is pretty scary, like from a horror movie.

What do these dreams really mean? Are they telling us this person (from a dream or you who has the dream) is really going to die – so do we have to be worried? No, you do not have to be worried, because the Death in dream symbolism is not about dying, but it is connected to the ending and changes that are coming, or that should come in your life if you want to make some progress.

There are numerous versions of this dream – they may mean that something is wrong with your relationship with someone you love; or that you are afraid of losing that person or of abandonment. Similarly, dreaming of the Grim Reaper means that you need to give good consideration to the relationship with that person.

Such dreams represent your need to take certain steps to improve communication with one another or spend more time with that person to regain and strengthen the relationship you once had, which is now breaking down and figuratively dying.

Another interpretation of the dream of the Grim Reaper is the end of something important in your life and the change that must come, and you cannot avoid it.

You may be trying to break free of some old beliefs and rules that you have adhered to for years. Or it may just mean that you are trying to change yourself in some way.

Do not be worry, and believe us, when you let go, soon you will come to a realization that dreams about Grim Reaper will stop.

Sometimes a dream like this where you see a scary figure just like the Grim Reaper can mean that you have seen a change in particular traits inside yourself that you have not experienced before.

It signifies that it is the time for a change -try to think of the aspects of your life that are mandatory for a change. So, do that, as we have suggested in the previous section, and these scary night visions will end.

When viewed from a scientific point of view, nightmares can always represent the kind of stress, anxiety and upset a dreamer.  Undetected health problems, alcohol or drug abuse, feelings of guilt or shame, etc. can be the cause of dreams like this.

But, in a normal individual, these dreams, including the one about the Grim Reaper, speaks of changes that must come, and the more relaxed you are, the change will be easier.

This is a kind of precognition or clairvoyance, but as you could see not the one that speaks of dying – however, keep in mind that dreams like this are never “true”, and never are the true omen of one’s Death. There are many ways to interpret it.

The key is which interpretation of the dream can be applied to you, so you think of your life, all small and big aspects of it; what is that problem that you have for a long time, or what is that personal relationship that must end. Then you will know what to do.