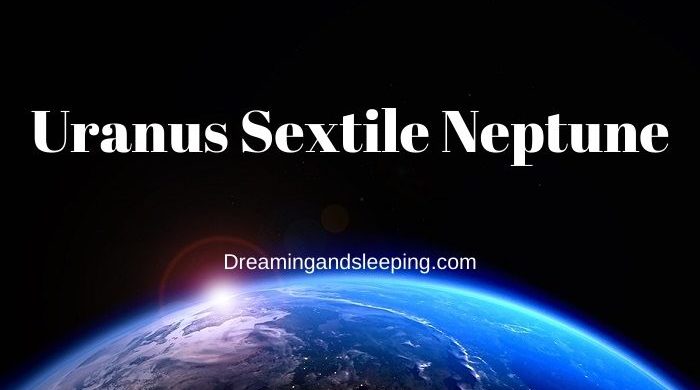 Generally, all planets take place in the night sky (our solar system) that is somewhere within the 360-degree natal circle, and what is also very important is that planets are not standing still, they are constantly moving, sometimes fast and sometimes slows, but the movement never stops, so subsequently the aspects between the planets are changing.

So, as far as our natal charts go, each and every planet takes its position at the moment of our birth; in a certain house and a certain sign, and at a certain degree of that sign.

Each part is divided into 30 degrees, and twelve characters make up those 360 degrees – this is clear and obvious, and following this lead, it is not hard to calculate aspects that make your own natal chart.

Well, a certain distance measured in degrees between two planets is an aspect; it can vary a bit; so the length displayed in degrees is of the maximum value because not all distances are aspects at all.

Here we meet one very interesting aspect, the sextile position that is beside the trigon position considered to be very beneficial; and here under the angle of 60 degrees are Uranus and Neptune.

What can come from this, and that is used for progress in life, on a private and public level? Read all about this amazing energy that has a true potential for personal growth.

So, the sextile position takes 60 degrees between planets Uranus and Neptune (in this particular case), and astrologers consider it to be the mildly easy or beneficial aspect.

This means that people who are affected by it are strong and able to the well-influencing character as two characters of different groups merge – in some way, this is the sextile that takes the best out of both worlds.

It makes a solid character base that is a guarantee of a solid future, having in mind that all other aspects are aligned in a way that they help enhancing all advantages that this sextile brings. 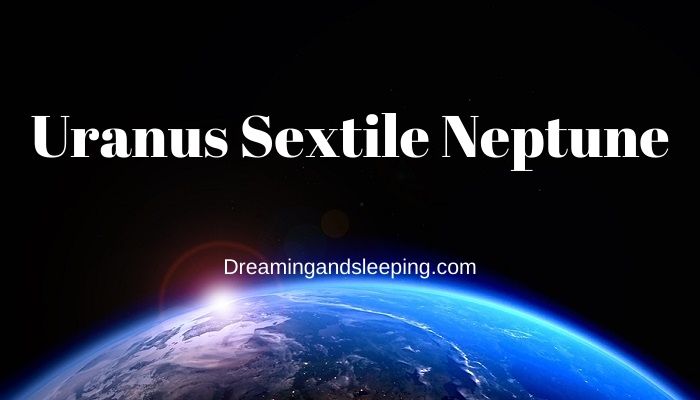 On a global level, this transit is responsible for the support of the social and political debates, all for the process of changing the reality that it is in the current moment. Those debates do not have to be official, but they must make an impact.

People affected by this transit often tend to criticize and try to turn social situations to their advantage, and since they have a greater good in their minds, we cannot say that this is a bad thing.

Additionally, what this sextile does is that it can serve as a marker of dissatisfaction with the way of life that is current, making room for the necessary changes.

All of them share this sextile aspect, and in the sections that follow, you will read were from their “incredible” talent comes from.

If we want to speak only of the benefits that this sextile provides to the people who live under its influence, we will say that it creates people who have a modern view of spirituality and are inclined to create their own solutions and rules.

They are always able to bring something new into the world they are living in, and it does not have to be something that is affecting the entire world, and it can be just their small group that is thriving under their “command”.

We must add that this sextile between Uranus and Neptune makes these people those who are not easily conforming to the conventions of the environment but are almost always positively intoned.

They are thinking revolutionary and opposes all authority and restraint that is possible in their environment, and will direct their actions to eliminate this, according to them, negative impacts.

In some deeper analyses, we must say that many people who are under this sextile are very capable of driving the masses with their pronounced charisma.

They may not be conventionally beautiful, but there is something so special in them, and their intellect is their most important trait that if used properly can lead them to the top of the world.

On some different note, this sextile can take its toll on those who are under its impact, and it is seen in their personality – the sextile position between Uranus and Neptune make tense and nervous people who are struggling with their own limits and are not able to see where their strengths end and where their limitations start.

This is, even for them, very difficult task and it is even harder having in mind that they are natural-born idealists who cannot clearly imagine their idealistic aspirations and reflection.

Some of them are seen as rebels without any cause, especially when they in their young age; and they do it all for the purpose of identification with the marginal, questionable and marginal groups of society. Some of them rise above them, and others rise to that group hierarchy and become leaders of such groups.

In the worst-case scenario, those who have this aspect are revolutionaries inclined to disclose a revolution or giving up halfway, so the worst possible scenario is the one in which they are starting with some “movement”, and they are investing their energy, but in the end, they are abandoning those ideas and are dedicating themselves to some other goal.

People usually fall in love with these human beings because they see them as beautiful and charming people blessed with the ingenious talent that will manifest through the area of their choice.

Those who have the idea of being with them must also be willing to fight for social reforms and general freedoms and may be required to detect unusual occurrences, simply said it is the best when these people could connect with someone who is similar to them and who is able to follow them, even if their ideas are not so efficient.

They fall in love passionately and often instantly, so they are endowed with strong intuition, where others see ugliness and non-potential, they see unique beauty and a potential lover, so they could truly be successful seducers.

It is the fact that they are able to see out of the usual forms, and this is the reason why they have truly unusual lovers.

As you know whenever the sextile position is formed with the planet Uranus you know that in the practical terms that means that those who fall under its rule are able to work (or they are attracted to work in mass media or on movie production, anything that could bring them closer to the impact they want to leave in this world.

This is one group of people, but the Neptune is in the picture, and that means that some of them have a prophetic gift.

Of course, caution should be exercised in interpreting these aspects, as these are very slow planets, and it is superfluous to expect entire generations to be endowed with these talents.

So, there must be hard work and time invested in any of these talents, and this is the only way that they could hope to become closer to the success they are craving for.

Of course, always have in mind that if other aspects of this horoscope are good, then the progress of these people will be faster and more intense.

You always have to observe the totality of one horoscope, not just one part.

Astrologers say that in this case, where there is the sextile connection between the planets Uranus and Neptune we get to see a mixture of the two transcendent impulses, where both of them are taking what they need and are giving something in return.

When this sextile is active, then you must know that it triggers a person’s ability to initiate his creative powers, to emphasize his or individualism and to unleash creative inventiveness.

All of this could be seen in all areas of their lives, and mostly in general communication with other people, not just in love.

Also, this is the planetary aspect that allows people to enter into the conversation of profound mistakes from which they can no longer see the way out, and which can have fatal consequences.

Here we come to the one element in this sextile that demands special attention if it is a part of your natal chart.

But, have one relevant thing in mind, this sextile gives you the ability of creative vision that can go to a level of divine inspiration, and it can be manifested in very different ways.

So, options are present, it is up to the person itself, and other aspects in the natal chart are positive or compatible with this sextile while they achieve something greater or not.