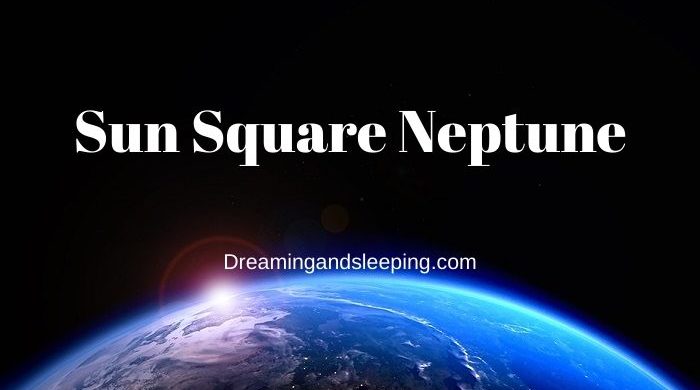 The Sun in the astrology is always the one that wants something, and it is the point in our lives that knows where the path is true and where we belong.

The Sun is who we are, who we are meant to be, it is the driving force that floats in our blood, but there is so much more to the Sun, and how this energy change depends on the planetary aspect.

Here it is the square position – the one that brings lessons throughout the pain.

Neptune is the one that gives imagination and intellect, and this is why he is the one that plans, manages, and the government is the question that we want to ask to another part of the square position, and that is the Neptune part.

The Neptune is the one to go, and they can direct the true path that can lead us to the place that we belong, even if that path is very hard.

Here, the square position is the path we chose to operate. That path has its signs and warnings, and it has its enemies and dangers, and those rewards as in the game when some huge investments fall from the sky into your folder.

In Synastry, this is the aspect that can bring many contradictions in a relation; but this is the simplification of the entire aspect. There is so much more to it.

This is the aspect that is connected to the time when we are about the test ourselves, and people, who have this aspect in their natal chart, are prone to self-evaluation, and they love to reflect things that they have done. 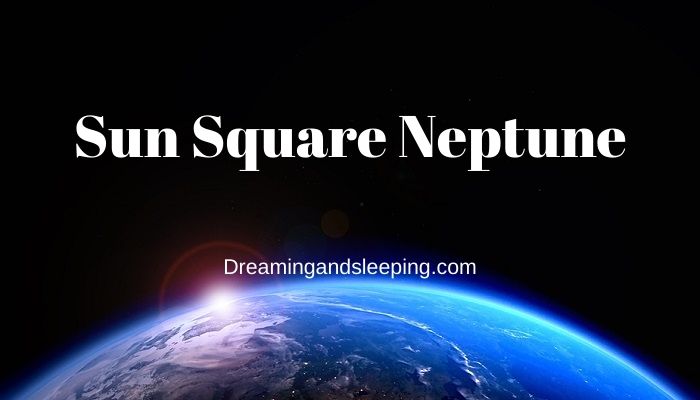 The difficult part comes from the inability to realistically see their past because it is in some kind of illusion (fog).

But, at the same time, this is the aspect that ensures those who have it (or those who are currently under its impact) they will be testing some others who are in their environment, close to them. And the same analogy goes when the Synastry is in question.

More importantly, this is the aspect that speaks of the personal roads (the path that is chosen for us), but since the square position is present, that road also has a fog around it, as we have said previously.

They (people with this aspect) move without seeing anything, and in the sense of reflection, they must be able to see the past, but how can they see that past if there is a “fog” around them.

The past is the starting point, the one from where you started. And the same goes for the future and what are ahead (those who have Neptune in a square position constantly think about the future).

They resolve this issue because they are aware that all that they are left with is their intuition, a strong belief that at some point, the cloud will rise or turn them where we need it and escape.

Not everyone will find their path; some of them will just sit where they are in the current moment, and wait for it to pass.

This applies to all of us who are in some way affected by this aspect – it is hard in a sense that it makes us chase and rush because we do not like the sight diminishing, the plans, therefore, and as the visibility diminishes the consciousness and we are subconscious with all the scarecrows who are now chasing us through this fog, hallucinations are rising instead of fog and a lot of commotion.

They are prone to have illusions, but in their case, it is the trait that is taking them toward art or some other form of creative actions; in them, we can recognize the attempt to take themselves and others to the divine tripe, but also to make us mad that it cannot go on.

The best thing that they can do is to direct all of their actions to something creative so that anger and hatred and fear cannot return (there is always this option).

This is the aspect that also speaks of the past, in a sense that they are the people who are constantly throwing something in the “garbage”, misplacing something that later causes them problems, but somehow they can deal with it.

You probably have seen that we have used the word mad or madness when it comes to the difficulty of this aspect, and this is true, in some cases, people with this square (and some other bad aspects along with it) may believe that they are chosen and that their mission is to save the world and that without them, the world will perish – this complex is making the mess out of their lives.

And one more thing it does not have to be connected with a religious question, but more with the matters what kind of faith they have.

Some of them believe that there is something higher than they are that is leading them, and when it is not visible when it is not in their power, they feel isolated and extremely alone, and that is all they have.

Madness and blessing are similar to them, one seems to have been in this place forever and knows for another that he is not afraid, but finally a little rest from a world that always thinks they know and know nothing.

Another interesting thing that is negative is their inability to keep secrets, even if there are some hidden that should be forgotten.

In other times they want to be very important and believe that the world would not be the same without them; even if the proofs are different.

Here are one very interesting Synastry analyses in the sense that they are very passionate people who do not think of their actions, not in life and not in love also.

Sometimes you can see them as people in a long-term connection who have a deep inner desire to go out and forget about all the problems In love, they may feel disappointed, betrayed (Neptune) and will in any way try to make it easy for himself at least one evening to feel good or at least better at the moment (Sun square Neptune).

However, this is an aspect of liability and indulgence, and it intensifies all vices by itself, soon one glass of alcohol turns into many and control is easily lost. It does not stop there because this square seeks to “hurt”, to feel alive, and every decision at that moment seems to him like the right one.

This is the position that gives people an apparent strength and no one can convince them that they are so wrong until they break down mentally and starts crying and breaking down to a million pieces that no one could connect together again.

Because Neptune is the one that will tear the entire relations and in the square with the Sun, it breaks our ego and brings us to our knees, and logic is in the background; emotions are controlled and guided (which is not a bad thing at all).

This is an aspect of the explosion of creativity, and it comes in every shape and form, and you can imagine how many different things they could do, successfully.

The most important thing that they could do in life is to find what is creative for them, what is controlled by no logic and no material world; they should be as free and individual as possible.

They are so imaginative that they are able to make fireworks in their head and find strength in what they are good at, even if it is a crumb of what you normally rule. In this case, faith is what drives it, believe it, and it will happen.

Yet this is the aspect that brings them to believe in miracles, and those who are fortunate enough could make a living out this belief that miracles are possible.

And they are, but never come to those who are not believers.

We will continue in the same direction, and it is truly important to know that this belief is also why this aspect is dangerous for anyone who is under the negative influence because this is the moment when you can lose control.

Following this lead, the moment when this square between the Sun and Neptune is active maybe is not a good time to try to leave some of the bad habits alone, because it is nice to us in the pink world for as long as it lasts, however, when the colors start to fade, when they bring us back to reality, these feelings change the feeling of less value.

Any offer that can alleviate our immediate anguish is a challenge that we accept because we are clutching at straws.

Advice for all of us is to try to control yourself over the time period when this aspect is active because you must know that just one wrong decision can cost you something worthwhile.

If you are hypersensitive, irritable and do not care about anything too much it is ok and completely normal for this transit – face these emotions in solitude, survive them and sleep on them, because tomorrow will bring you to some other perspective.

Tomorrow, and any other day, when such impact is over, and we all feel a bit relaxed, it will already be a different story as this aspect changes us, strengthens us.

This is the moment to look into the universes, into a repeated image of the universe that disappears completely out of sight instead of into its self imagine, which is nowhere to succeed.

This is the aspect that brings mystery as meaning, magic as salvation for those who are able to listen to what this transit brings – because we do not know, but there is so much time to learn, even of those lessons will come after a serious search, as expected though the fog.