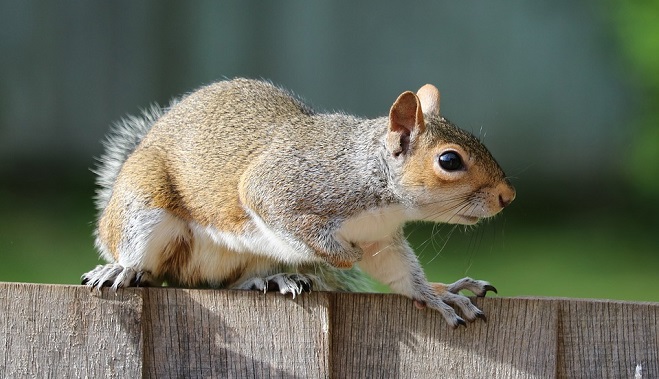 Squirrels are simply adorable creatures. We rarely get a chance to see them up close which makes them even more interesting to people. They mostly inhabit Northern parts of our globe, which means we can’t find them in deserts and dry areas.

Throughout history they had different symbolic meaning depending on the culture and nation. But their symbolism overall has been positive and still is. When we look at their habits you can easily link them to people’s personalities.

These quirky creatures tech us about the importance of accumulating reserves in an emotional and physical sense. They are always in search for nuts, but if we look at this trait through symbolism we will see that their habits can represent important lessons for all of us.

Active life – Squirrels are always on the go. They are either climbing up trees or running on the ground in search for food, but in all cases you will rarely see them sitting quietly. They are also hard to spot because they can run pretty fast and jump high.

Fast – Squirrels, like I mentioned earlier, are hard to spot sometimes because they are very fast. One moment they are on the ground eating and the next they are already on the top of the tree. Their bodies are designed to be in constant action so they rarely sit around or lay around.

Resourceful – One important characteristic of this small mammal is that they are resourceful. They gather food all year round and accumulate enough for the winter. This way they never get hungry during colder, winter days when there isn’t much food lying around.

Now that we learned few traits and characteristics of these animals, we will look deeply into the symbolism behind them. This way you will understand what makes them so special and unique.

Squirrel as a totem

As a totem squirrel is every bit important as any other animal. People protected by this small mammal or people who have a squirrel as their spiritual animal, are known to be vital. They love moving and exercising and the worst thing for them is to sit around and do nothing. 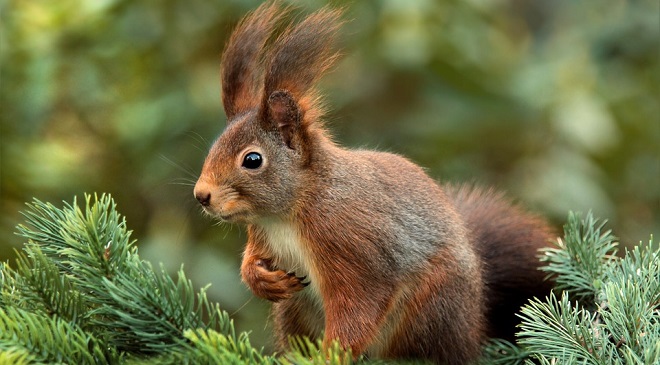 They are very hardworking people who know that nobody else is going to help them unless they get up and do things on their own. They are extremely active and always in search for good ideas. They aren’t afraid to take action and invest their time and effort into something productive.

This is their driving force and motivation that never seems to go away. People born under this totem are also fun loving. Besides being hard working they enjoy having fun with other people. They are always in the center of attention at parties and social gatherings. Breaking new jokes and interesting stories is something they do best, so they are definitely beloved guests at any social event.

As friends they are very loyal and trustworthy, which I everything you need in a friend.  There is two sides to people born under his totem. They have their serious side and their fun side. Their serious side lets them provide enough resources so that they can go out and have a really good time. Squirrel people don’t take life too seriously even though it might seem to some people that all they do is work.

After they have fulfilled their need for work and productiveness, these people are going to take some time off and do something they always wanted to do. This means that they know when it is the right time to stop and do something nice for themselves. They’re actually rewarding themselves for the good work they have one.

Managing your time properly takes some planning. This is why these people are masters of planning. They need to know exactly how much time they have to complete a certain task in order to later sit back and watch the fruits of their labor.

Just like squirrels who gather food during warmer months, and later enjoy them during winter, people born under this totem know when to work and when to sit back and relax.

Energy is something that well describes these people. They love being around others and listening to their stories. This fuels up their energy and makes them feel like they are ready to take on any adventure.

After you have had a conversation with these people, you will feel full of energy and motivation. This is because they are always on the go and nothing seems to be hard for them. They enjoy spending their days being productive instead of sitting in their room all day or sleeping.

That kind of life to them is a waste of time and they cannot understand people who live like that. An important trait these people carry is that they know how to balance their life perfectly in a sense that they enjoy life but still get work done in time.

People born under this totem tend to be a little shrewd. This trait is considered to be positive by some people while others find it to be a negative trait. This depends on how you look at things in life. Squirrel people value their own work greatly and they don’t like seeing fruits of their labor go to waste or get taken by others. They are very good with finances and no penny goes to waste whatever they do.

Overall, people born under this totem are considered to be hardworking and energetic but they also love having fun. They balance their obligations well so they get to have fun after all of that hard work.

Squirrel as a symbol in a dream

Squirrels in our dreams can have different meanings. They are quirky little creatures that seem like a positive symbol to dream about, but that doesn’t always have to be the case.

If you had a dream about a squirrel in general represents your habit of accumulating feelings and thoughts over years. You find it hard to express emotions to others, so instead of sharing them you lock them up inside you and avoid any type of confrontation with others.

If you had a dream about a squirrel on a tree, then this dream is a representation of good luck coming your way. Things will definitely be going according to plan and everything you planned is going to be successful. Make sure you use this period to improve any areas of your life that require some work.

Dream about a lot of squirrels is a representation of a business you are currently in. maybe you have made a pact with several other people, and you now realize that this was a mistake. Things aren’t going according to the plan and since you formed this partnership you only experienced loss. Maybe this dream is a warning sign that you should leave all of this behind and focus on building a career by yourself.

If you had a dream about a squirrel running to the tree, then this dream is a representation of a goal you have set up and you wish to achieve. This goal could be related to your personal life or t your career, but either way you have a strong desire to make this goal a reality.

Squirrel as a symbol in different cultures

Squirrels are overall beloved creatures. Their symbolism hasn’t changed much over the years and they preserved their image throughout centuries. In many different cultures, people respected these small mammals because of their hardworking habits and ability to survive tough living conditions.

In China, squirrels are known as playful and fun beings. They easily overcome obstacles and they rarely give up on their goals. This is easily shown by the amount of focus they invest in finding food. They are extremely hard working and love having savings, so people reflected these traits to people.

In Europe, red squirrels are species that inhabit Euroasian continent. They have been a part of literature and folklore all around Europe. Some examples are children’s books by Beatrix Potter and Ekorren (The Red Squirrel) in Swedish children song.

Norse mythology saw squirrels as carriers of gossip. They gather news and take them inside the world trees. From there, the news got spread out like gossip to the world. In Finland red squirrels were considered precious for their fur and hunted until regulations were implemented in order to protect them. Phrase “squirrel pelt” is a phrase considered to represent money in many parts of the world.

In popular culture, squirrels are often used as characters in movies and cartoons. They are usually represented as energetic and playful characters that sometimes play tricks on people, but still are their friends.

Squirrel tattoos carry various meanings, from socializing to energetic personalities to playfulness and preparation. Symbolism for squirrels remained pretty much the same through all of these years and t seems as though it is going to stay that way.

They are still lovable characters that sometimes cause us trouble but end up being our friends in the end.