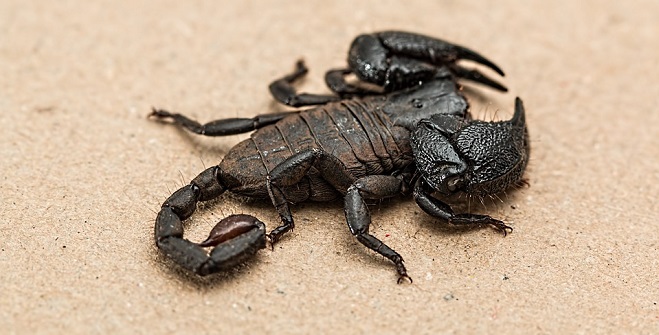 The fascination with scorpions has never been more at rise. There are endless references to this dangerous animal, and its popularity is highly influenced by Astrology.

Scorpion symbolism is very strong among many cultures around the world, and in most of them this animals is considered to be an omen.

Deadly and dangerous – Scorpions are often deadly animals that hide venom in their tails.

They attack at even the smallest sign of danger and can kill even a larger animal with their venom.

Resilient – Scorpions live in tough living conditions and therefore they need to be strong to survive them.

Their armor (shell) on the outside helps them be protected from enemies and all other outside influences.

Scorpion as a totem

As totems, scorpions are symbols of passion, dominance, defense, transformation, rebirth and ardency. People born under this totem are not the ones to mess around with since their characters are highly sensitive and defensive.

People born under this totem are both highly emotional people. Their entire lives are run by their feelings which can be both positive and negative. They are easily triggered by someone’s behavior and their reactions are always overwhelming.

When these people love they love to the fullest, and when they hate they hate with their whole being. This characteristic comes out not only in their personal lives, but also in their career.

When they are passionate about something, they are going to build an empire

. On the other hand, when they lack interest for something, they are never going to move forward.

This can be seen as a flaw, since they are not so easily adaptable to changes especially if these changes are not up to their taste.

People born under this totem love dominating every aspect of their life. They are control-guided people who can only feel good if things are the way they want them to be. Ardency is another trait these people possess and it can lead them up to great highs in life.

When they come up with an idea they become enthusiastic and their ambitions go through the roof. These people are often great leaders who know how to get things done and aren’t afraid of taking a risk once in a while.

Transforming their lives is something these people do the best. They are masters of re-invention and standing up after falling down. They rarely give up on their goals and are determined to succeed in whatever they planned to do.

In love and relationships, they come off as passionate and caring partners but if you betray their trust, they will turn against you in a second. Overall, they are strong personalities and keeping up with them can sometimes be hard but the emotions you feel with these people are incomparable.

Scorpion as a symbol in a dream

If you saw a scorpion in your dream, then this represents damage. It is possible that you are too strict about yourself and that you set yourself goals you cannot achieve. You often look at other people and wish you can be them, and neglect your own life and all of the positivity inside it.

If you see in a dream that the scorpion floats on the water, it implies that you get painful feelings. You probably cannot recover from the loss you suffered from.

You often think that you could do something to prevent it and you keep replaying images in your head to figure out the lesson behind all of this.

If you kill a scorpion in a dream, it symbolizes a successful fight. You will probably recognize some bad qualities or habits that prevent you from achieving what you want. You will be ready to face them and win them.

This dream also means that you are very self-conscious, so you always look for the culprit in you and try to get better.

Scorpion as a symbol in different cultures

Scorpion symbolism has been present since ancient times. People even worshiped this animal and considered it to be sacred. Symbolism of the Scorpion is deeply present in the Gypsy blood.

Scorpions often rule the rivers, deserts and even junkyards, so this animal perfectly reflects the life of a gypsy.

They are symbols of self-reliance and unique spirit that is passionate and untamable.

In Western Astrology, scorpions are signs that reflect a passionate and dangerous personality. They are guided by deep emotions and often mysterious to everyone around them.

The influence of astrology has affected the awakening of the scorpions symbolism, that is now probably at its peak.

In Greek and Roman mythology, scorpion is represented as a venomous and dangerous animal. Myth about Artemis (Diana) and the Orion, Artemis uses a scorpion to sting Orion’s foot and kill him. After this, Zeus showed its devotion to the scorpion and made it one of the Zodiac symbols.

In Egypt, scorpion amulets were made to protect people from evil. Even though it was considered to be an omen, scorpions were respected and feared by the ancient Egyptians.

In Africa, shamans used scorpion’s venom to heal illnesses and believed in the high medical purposes of this animal.

Scorpion’s symbolism is also linked to the dark magic and often portrayed in popular culture as an evil and dangerous creature.

Whether you respect this creature or not, its symbolism is deeply present in many cultures around the world and scorpion’s power keeps mesmerizing us even today.