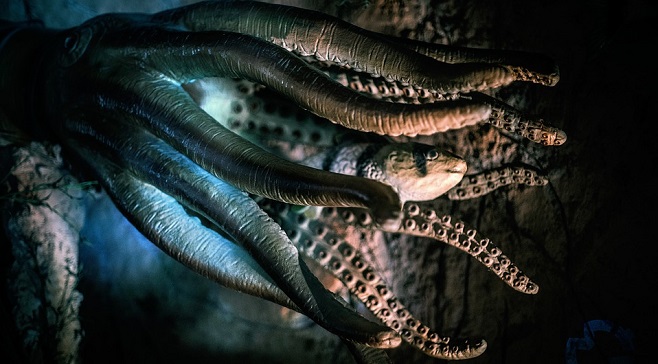 Octopus symbolism was highly influenced by its appearance. People knew little about animals, centuries ago, so the only way they could interpret symbolism of an animal was through its looks.

Octopus was named after the eight tentacles that are both his arms and legs.

Because of the number of arms and legs and also due to its specific physique, cultures around the globe created a unique symbolism that was often used in art and poetry.

Flexibility – Octopus doesn’t have bones so it is able to move in water in a floating way. They use their tentacles to swim around and move their bodies. Due to their flexibility they are able to get into places that are hard to reach and hide from predators.

Intelligent – Even though they look like large balloons that float through water without any goal, octopus are very intelligent animals. They use their intelligence to escape predators since body strength is not something they can rely on.

Octopus as a totem

As totems, octopus is a symbol of emotions, intelligence, logic, flexibility, potential and creativity. People born under this totem are very emotional and intelligent people. They are able to use their logic to achieve great things in life but also preserve a warm heart to accept everyone around them.

People protected by this totem usually choose careers that challenge their minds and make them work for something they want. They enjoy every job that makes them think and use their brain. Intelligent conversations with other people intrigue them and everything that is ordinary is going to make them feel bored very fast.

They love when other people challenge them and make them think about the conversation for hours later. 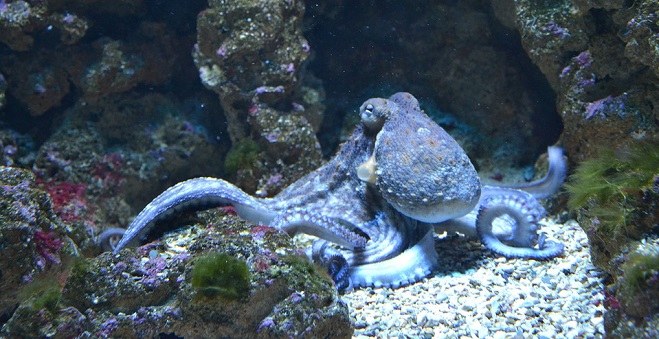 When it comes to work, and life in general, people born under this totem are very focused and determined. When they make their mind about something no one and nothing can distract them.

Even though people born under this totem enjoy the logical thinking, their hearts are soft.

They are romantics who enjoy spending time with people they love, sharing moments to remember. They fall in love very fast, which quite contrary to their intellectual ways.

They are creative people who find inspiration in love and emotions. This creativity is later expressed with a deeper meaning that is not easy for certain people.

They often become artists who express their thinking through magnificent paintings, buildings and other creative platforms.

People born under the octopus totem are great writers and journalists as well. They are able to notice details others miss and put together a story that always captures attention of others.

Another great trait these people share is flexibility. They are able to adapt to almost every life situation without a lot of stress.

They easily accept whatever comes their way and find the best in it. Since changes are hard to accept by many people, this can be counted a one of their most valuable trait.

Overall, people born under the octopus totem are hard to forget and they mesmerize you the first time you meet them.

They are intelligent and kind, which makes them precious gems, you need in your life.

Octopus as a symbol in a dream

As symbols in a dream, octopuses can have a positive and negative meaning. If you had a dream about an octopus, then this dream symbolizes enemies you have in your life. These people want to see you fail in your attempts and take away your success.

Be careful around those who are suspicious to you if you don’t want them to succeed in their plans.

If you had a dream about catching an octopus, then this dream symbolizes success in all areas of life. You will be able to defeat all of your enemies and excel at everything you have been working on.

If you were eating an octopus in your dream, then this dream is a representation of a positive period that is ahead of you. Everything you start doing at this moment is going to be mega successful and you will be pleased with the results you are going to achieve.

When octopus in your dream was swimming in water, then this dream is a symbol of changes. Something is going to happen in your life that is going to shift your life completely. This change doesn’t have to be something bad but it is definitely going to make you look at life from a different perspective.

Octopus as a symbol in different cultures

Octopus is a diverse and very impressive animal. Their symbolism was highly influenced by its appearance and therefore octopus symbolizes flexibility, creativity, intelligence, expansion and unpredictability.

To many ancient cultures, octopus was seen as an eight legged monster from the sea. Since some of them can grow very large, when encountered with these sea monsters, people began telling stories about these incredible creatures.

Some of these stories survived until today for us to enjoy and get an insight into the origin of octopus symbolism. To the people of Mediterranean, octopus was an animal to be respected and worshiped.

There are many early paintings and art dedicated to this animal. In Greek mythology, probably the best known mythical character that was influenced by an octopus was Medusa.

Krakens were also considered to be mythical sea monsters that lived near the shores of Norway and Greenland.

In Hawaii, the creation myths tell a story of creation of cosmos. According to this Hawaiian myth, cosmos was destroyed and the only survivor from the previous cosmos is the octopus. They are representations of an alien cosmos that no longer exists.

Another, monster-like, creature represented by an octopus is the Akkorokamui. The story about this sea giant comes from the Ainu folklore.

Even though octopuses avoid contact with humans, sometimes their roads intersect. A large octopus, almost 2.4m (8ft) attacked a diver that was filming underwater in the Pacific ocean. This large animal camouflaged itself and attacked the unsuspecting diver

Still, there are many people who worship these animals and see the beauty behind them. They often use them as motives and tattoo them on their bodies to express their own character through an octopus symbolism.

Octopus symbolism continues to change and grow as years go by.

Since many of the underwater world is still undiscovered we might find new species of this amazing animal and even some monster octopuses that are lurking down in the deep sea.