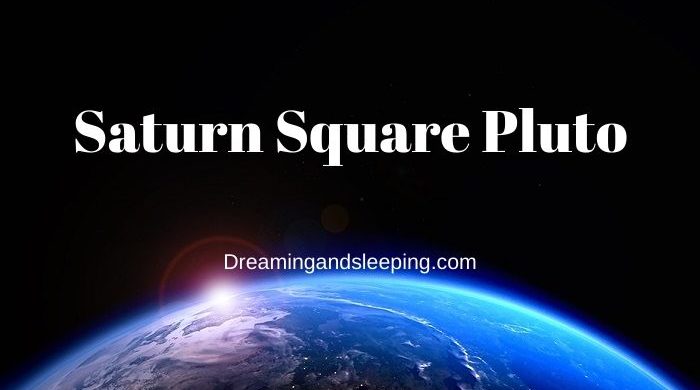 Astrology could be called a science, but maybe it is too much to say that it is a science that can predict the future, as in forthcoming events that are about to come in near or distant future, but there are so many things that we could learn for it.

There is virtually no part of the human or worldly life that astrology does not provide some form of explanation or answer. But the most interesting part is the one where astrology provides you with the clear sight of opportunities that are ahead of you.

Now, the main question is, do we really need to believe that we are governed by some pure planetary force, or this is just a derived belief that comes from the astrology? Or is it really a psychological representation that can be viewed in planetary positions?

So, for example, if we are talking about the square position that is considered to be very hard aspect among planets, it can point toward violence (Saturn, Pluto), or it can point to a blocked (Saturn) sexual energy (Pluto).

So, depending on other aspects, it can show two completely different challenging situations.

As you can see, squares as positions that are formatted between planets are the most difficult and most challenging aspects in those natal charts. But these positions are also those that can bring something good from something “hard” (we would not use the word bad). It can be seen as the force us to change and grow spiritually.

Today we are looking into one very interesting square position that is formatted between planters Saturn and Pluto – it is an extremely strong position in the sky, and it is all about transforming energy, breaking down the old, and building a new value system.

One note here is that no one says that that new system will be good and that another system was bad; so the only sure thing is that this aspect speaks of transformative change.

Some say that when a square is formatted between planets Saturn and Pluto, people who are under its impact could be attracted to not so traditionalistic values in life, but the life that is a humble way of life – they may do not strive for anything big in their lives, they just want simplicity and do not have any problem in living hard. 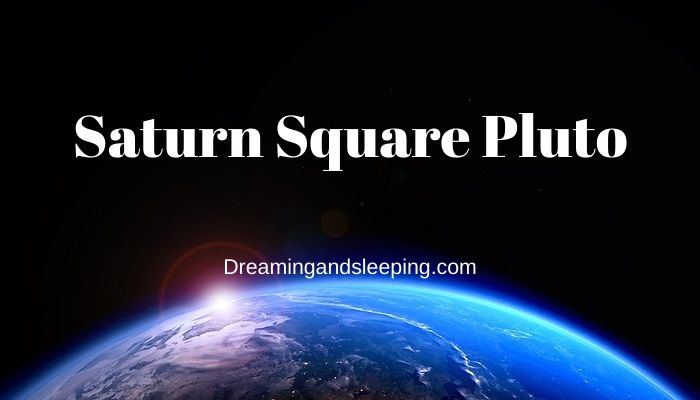 They may come into the stage in their lives where something old was broken, and something new has come into their lives, and of course, just like the majority things that this aspect brings, this “new” is also very hard.

They have that inner need to be exposed again or to a far greater extent to some spiritual or religious principles. They may have, during life, some strong desire to come into contact with some religious people or religious places. Alternation is that these places or people are not religious but more spiritual, or meaningful for them in some way.

So, in the lives of these people, you should look at everything through this perspective – for them, God is love, God is peace, God is serenity.

Maybe only energy, without matter, without Saturn’s bones and muscles, and the very thought of it tempts us because with present knowledge such a concept can only be connected to end and nothingness, but what we know about it without knowing complete reminds us of Pluto who says – nonexistence is not reasonable, only existence is endless, as is movement that is constant. And what if that energy is actually our true essence, as it rests on Saturn’s borders materialized by skin and bone? So, both planets here bring valuable lessons.

Who are those celebrities that have this position? The crowd is interesting – Martina Navratilova, Agatha Christie, John Howard, Mel Gibson, Anita Bryant, Nancy Pelosi, Wes Craven, Theresa May, Meghan Trainor, Tom Hanks, Lee Miller, Simone de Beauvoir, Harry Styles, Carrie Fisher, and David Copperfield. Clearly, people who are attracted by some form of self-discovery, and are able to dig deep to find the answers, even if that process can cost them a lot.

There is no doubt that these people have strong and directed minds and they truly believe that they can summon the situations that are happening to them, but the best of them are able to take the full responsibility for what is happening to them and raising their spirits above old habits.

In this way, they could truly live their lives without any problem, because all of their thoughts, feelings and actions are exactly what brings them results in life.

With the planet Pluto and with the strength of the Saturn people can live or at least see the future, since they already know the consciousness of eternity, their faith because it is what we will one day is.

As you can see for yourself, in the lives of these people there is nothing that goes lightly and easily, everything has to be meaningful and very deep so that they show any interest in that.

They are deep minded and are very curious in searching for the answers regarding their souls, and what is even more interesting they are not afraid to go into the darkness, it does not scare them at all.

If we want to speak some more about the negative impact that this position carries inside, we must say that they can be slow learners who can stick to their believes firmly, and are not willing to change, even if they are aware that their chosen way is not working out.

As time passes, they could realize that they are stuck, even if in the back of their minds they are utterly panicked, still convinced that someone is holding them and it does not let them succeed.

Since they have so many talents, and they can do hard work, they still have so many chances to succeed, but unfortunately for some of them, it is too late.

For those who have other difficult aspects in their charts, they have to struggle with the feeling of being tormented by some karmic debt from the past.

It is truly important for them to learn that they live here and now and that they have a great gift to create a new reality in that “now”.

Now, as always is synastry, love and personal matters are always the most important matters, and here in the square position that is created between Saturn and Pluto, the real and only question they can ask themselves is whether they are filled with love, peace and tranquility.

If the answer is no, they did not find what they were looking for in life, and this is something that must be meet in their lives so that their mind can be a focus and their heart at peace.

So the mind is for them that source of pleasure and happiness or dissatisfaction and unhappiness, and both options are equally plausible.

These people are so certain that they know everything right and that they cannot make a wrong move and this is true from their point of view. They must not forget that that other person is also convinced that her or his point of view is right, which is why the most valuable lessons for them to learn is that they must become very capable of seeing all the realities, all corners of a situation, the perfect time to learn that their needs may not always be primary.

Their lovers should not be ever surprised with their dark episodes and should get used to their weird and sometimes controversial behavior.

There is absolutely no doubt that for the people who have this aspect, success is something that is either tangible or material or it something that most of us could not comprehend at all.

And now you may already have a clearer picture of what the difficult aspect of Saturn and Pluto actually represent – at certain times of their lives, it can be seen in too many material limits for the energy they carry and not use. In this sense, all that they have could not be even used in the right way, or they so issue what they have that they are lost, and just move into a different direction.

They are blessed with talents, and in the majority of their occupations, it can be seen that there is no job in this world that they are doing lightly or superficially, they are digging to the core until they come “on the other side” and discover something new.

As it comes to the advice that we should give to all of you when you find out that this square position is active in the night sky; primarily we want to tell you that this could be the perfect time to understand what is holding you back.

What is holding you back, and in fact, could be something that is holding that situation that experience? It can be a relationship with a spouse, with family, friends, work colleagues, neighbors, anyone really.

Now you have the chance to discover what is a relationship that disturbs you and does not fill you with love – you need to let go is simply let out of your own mind.

This is the time to leave out the role of a little god or supreme divisor of justice, and learn to resolve conflicts so that all conflicting parties profit, that there are no defeated or destroyed.

As you could see, this combination of planets in a square position is seen both as best and worst. Be aware, when this aspect is active, it is usually the time when there are so many fake people who are using the bad times that present, and there are existential worries.

Not knowing that there is more than that, people turn to those who claim they can solve their “unsolvable” problems. This may be the fruitful time for them; but it is the time that all of us could use for the process and really, spiritual transformation. This could be seen in your reality, and you should know that the solution to your problems lies in the amulet, in the prayers on the papers, but in the strength in you.

Now, the real strength must be found in your heart, even if we know that the easiest and hardest thing to do is to give up hate, envy, anger, frustration, bad beliefs. Make places in your hearts and minds so that you can fill them with love, motivation, right habits and positive beliefs. And everything will change magically.

Always be the one that repent, and who should forgive. The bottom line is that you have taken full responsibility for your life and that you have realized that you have manifested all your life situations, created yourself. If it wasn’t for you, something like that would never have happened.

Open your heart, pull your hand out of the basket and release yourself finally.

It’s not easy, and it’s never been. But this is the only way to create a masterpiece in your own soul, precisely thanks to the square of Saturn and Pluto. Is there anything better than taking care of your own soul? We think not and do not be afraid of what you will find there.