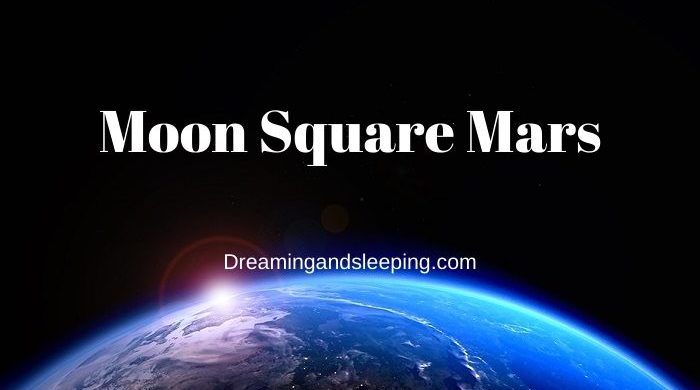 Here we must first speak of two “astrology matters” that appear in this piece, they are square position, and the other is synastry.

The Square position as the planetary aspect comes into our lives as the representation of the relations that are not easy and smooth but are more defined with states like stress, tension, the pressure of all kinds. It can be seen in all aspects of life, and since synastry is mostly related to love matters, especially heart.

Of course, we would not want to sound depressive, so we will say that this is the aspect that could help us learn some lessons and why not, grow in some directions, if possible.

You are well aware of saying that is related that any growth is connected to pain, so, if you observe square position that is causing you a headache, maybe in the end, it will be all worth it. Maybe the lessons being are much more important than the pain you have to endure.

Here, the two planets that are combined into the square position are Moon and Mars, and you could imagine how interesting this can be (we are not using the word easy, but interesting certainly) since the Moon is always connected to our sentimental nature (to our feelings, not so much actions, but those hidden talks with our own soul, to the reactions on things around us, along with the other things that may be connected to our past and that define us in the present moment.

On the other hand, the planet Mars represents activity, action, persistence, combativeness, energy – think of the planet Mars as the warrior the one that is equipped for the battle that will start in any second. It has the courage, and it has the intellect and all that is necessary to win whatever battle is in front of him.

Synastry is an analysis of the relationship of two people by comparing their relationship between the planets in their natal charts – now you know why we said that these pieces are mostly connected to love matters.

Any astrologer could give an opinion on that analysis, and we will do the same, and the reason why we are tackling into all aspect of the life of one person is that it also can affect love life. Either way, we will look at the essence of this analysis.

Read more about this connection and what it means for people who have it in their natal charts or you can learn more about times when this aspect is active in the night sky. 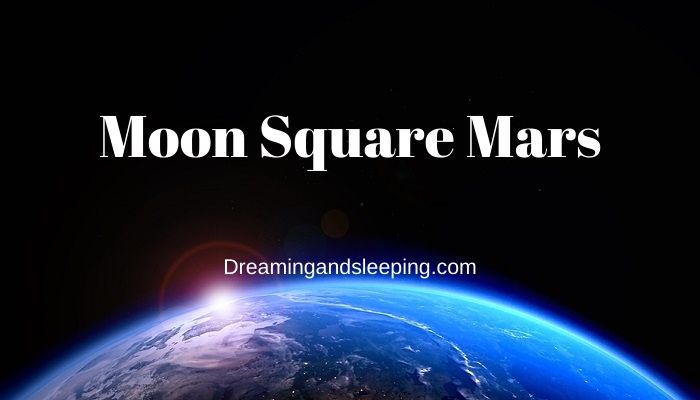 At first, we must speak of the most common attribute that is connected to this square position, the one that is created between Mars and the Moon, and it is the one that comes as an indication of repressed anger.

Yes, there is such an aggressive instinct in the character of these people, and often this is a position that indicates that these individuals (who have this position) grew up in families where they were taught that expressing anger and anger was “bad.”

We are not saying that they bad childhoods that they were abused or something, but that their aggressive core is still present, it is just that some of them handle it well (thanks to other aspects in their natal chart) and others cannot do it so well, so they are letting their anger comes through the curtains.

Of course, this release of suppressed tension could be good and bad, healthy or unhealthy; it all depends.

These individuals have learned to suppress their needs, anger, disapproval, and this is one thing that mostly speaks of their personalities and how and in what way they are living their lives.

There are so many variations of how this aspect is seen, and the most interesting part is their love life, where they either choose in wrong way, or they cannot act in a proper way. In any case, they have so much to learn for it.

Maybe in the first moment, you can think that they are the people with successful and well-gathered lives, but on look at their biographies, you will see something else. In some cases, something more sinister.

The combination of these two planets is a combination in a square position in the synastry gives out the people who are interesting in a sense that they can be one of the most sensitive, empathetic and familial people that you want to be with them all them and you have a feeling when you are with them that they will take care of you like no one else in this world.

But this is not all – people who have this aspect, are able to express physical, active and sexual energy. Of course, this could be seen in all aspects of their lives, and if they handle that energy in a healthy way, they can truly become rulers. This is the energy that is so strong, that when directed in the right direction, for them, there are no limits.

And, in love areas of their lives, you can imagine what kind of lovers they are – the ones that cannot be forgotten long after they are gone.

Unlike the combinations of Venus and Mars that imply a game of seduction, the attraction between the Moon and Mars seems almost unconscious, spontaneous and natural. And this is such a plus for them, of course, if it used properly.

As we have said, the Moon has such importance here, since this aspect indicates that there was some unspoken tension in the family, and this is one thing that could set course for everything else in their lives.

In worst cases, such square position indicates that there was violence in early childhood and that these individuals were suppressing early childhood traumas. In this case, the lesson is for the person to express anger towards their parents and to express all those traumas from early days.

Until this is done, these individuals will be attracted to situations and people who are aggressive, violent, etc.

And the worst part here is those suppressed feelings of any kind, and also the one kind that is the worst, anger or sexual tension, or both, it can have such problematic circumstances on their future lives.

We are not saying that people who have this aspect will become killers, but we are saying that if other natal aspects are “bad”, then their successful and “normal” lives are questionable. In the vast majority of cases, they need a lot of time to overcome these “tails from the past.”

Often times for them, the best solution is to speak with experts.

We must say that people who have this position in their charts, usually when they grow up, they attract people who are aggressive towards them – it is like somehow they attract what they suppress in themselves.

Such an aspect could mostly be seen in their love life, where it seems that the universe constantly sends such people and situations to them until they learn that it is perfectly ok to express anger, hatred, their needs, disapproval.

People who have this aspect were born with this aspect not because they should be punished, but because they learned the lesson I stated above. And how can we learn the most then though love? When they accept that it is ok to suppress these and similar emotions, in that case, they could find true love.

Mars is a planet that represents our sexual energy as well. When this aspect is on, when it is active, it indicates that these individuals are very passionate and love intense and rough sexual relations. But, this is what they love, and we are not saying that their sexual preferences are the problem, but the accent only on that.

If they want to do anything, they must feel a strong attraction and physical chemistry – so, they choose their lovers by inner feeling, by the instant attraction.

In love relationships, the square of the Moon and Mars denotes disagreements and discrepancies. This is a difficult aspect, but it instinctively gives great sex appeal between two people, or in some way it gives a sex appeal to the people who have this aspect, as we have said.

Many recent astrologers find the combination of Mars and the Moon the strongest signifier of sex appeal in synastry, accompanied by a strong desire to reproduce with a partner. It is also the most fertile aspects where they want the child of the Mars owner while Mars has the need to touch constantly.

The combination of these two planets fosters an extremely tumultuous attachment, which in itself can hardly survive for long because of a heightened passion. But the couple can learn to channel it, extending it all.

They need to fully understand how much it hurts their unconscious and conscious behavior, because they look for the causes of their behavior in the map, but apart from the initial natal incompatibility, and also the expression of emotions and insensitivity that made them feel physically used, even where there is a great deal of physical attraction.

There is one version where people with this square position can be hurt by the actions of others, and they cannot find their place in the world, but when there are some other planets that are in favorable positions, then they can mitigate and balance the negative effect of this square.

In this case, it means that they can succeed in business they want – it is truly important for them not to be overly selfish and independent at the expense of the quality of their work.

When they are doing something and care deeply for it, they can be overly aggressive, but also too moody and insecure.

However, despite the overwhelming attraction of Mars, the Moon can act excessively abruptly, possessively and aggressively, along with excessive sensitivity.

Therefore, this aspect is often also found in the category of injury aspects while they are giving their best in the work they are doing; they are trying to overcome the physical pain.

They want to fully challenge others to express all of its original qualities while channeling refers to teaching themselves how to mitigate the aggression that comes from Mars, and Mars how to watch the lunar sensitivity (the aspect of Moon) to find a measure in the relationship.

This is the aspect that brings so many interesting things to us – it can be an indication of love with the person if you have not even touched if your views have not been met, you have not even kissed that person, you only that it is somewhere there, meant for you.

This square position speaks of the lessons – you can’t always find the ideal right now, and maybe it doesn’t exist, but you will be loved by someone who is close to you, sooner or later even if it’s not perfect. Because it’s easier or because it’s supposed to be.

The purpose of synastry is to correct a problem, solve it with your help, not whether something will happen to someone. Awareness is also very present here, and it comes with the same purpose — love, sex, maybe marriage, living together, or having children.

People who have this position must learn to overcome their attitude – often accused of being very cold and a bit aggressive, there is even a dominant side, the side that wants to rule. All of us should learn how to compromise.

In the end, even if you know what is going on in the night sky and how it can affect you, it is just a wand, he is a helper, and he helps you to align. And if it doesn’t go, it doesn’t.

Not people change, only circumstances change. Good qualities get better, and bad ones get worse. It is so important to be remembered, and they are going to need a lot of luck.