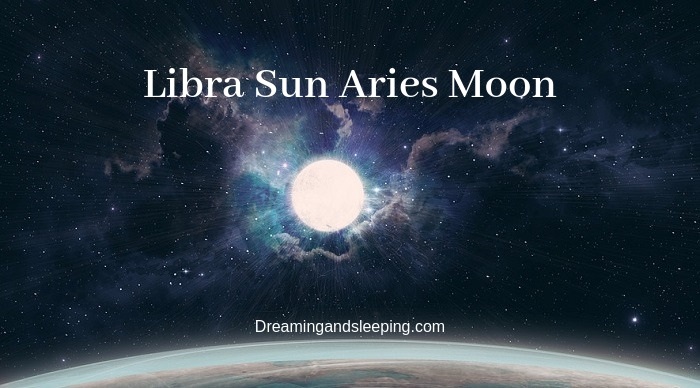 Astrology is a language that is represented by the symbols (like planets, and houses, to say it simply), so by knowing these symbols, we can know the rules of this interesting science, and in a sense the meaning that is behind those symbols, along with their influence on the environment. And among those symbols, we also meet the impact that is connected with the Moon and Sun.

Some astrologers say that these two are the most meaningful aspects and that their symbolism is the most interesting among all other planets.

We must say that the Astrology is also the belief or assumption that something born or created at a certain point in time will carry through its complete life-cycle potentials and qualities that are determined by this time and place of birth.

Astrology presents the map of this ability and says, “as above, so below”.

In other words, the symbols of astrology become significant within the cosmic chart above – and today we are dealing with the position of the Sun and Moon that are located in the Libra and Aries signs.

You will found out all relevant information about this person and every point in his character that could be improved.

In the life of the person who has luminaries located in the Libra and Aries -life is oriented towards enjoyment and balance in life; he is hungry for life’s joys, but that success must be realised in front of everyone, in the triumph of sentimentality. He must have both things in his life, and the need to be in balance, he wants success, and his emotions must have an important place.

In a sense, such a person can be imposed on others by a life force that is both effective, dominant, and wise, and can be distinguished by so many talents that he has and likes to show off (the impact that comes from the Moon located in the Aries sign). He has talents and skills, especially those that are connected to the beauty or humanitarian sphere; and this is the person who achieves a major success if he chooses to deal with these occupations.

Even more, he is the type of human who must show of all that he knows, and in this case, he wants to do such thing because he wants to inspire others to become better.

In a more general way, we must say that the person with this combination has in a way a double nature – realises its synthesis only if it consciously overcomes its internal conflicts that are common.

This is the person that will impress you with exceptional persistence, ambitions, and a strong need for justice and truth (which often comes intuitively).

This is also the human being who constantly mediates between peace and security – and along the way this human being is perceived as happy, exclusive, when necessary and intrusive (the impact that comes from the Moon located in the Aries sign).

Even if he tends to waste energy on others unnecessarily, he is very diligent and always interested in useful things.

As all Libras, this person can be indecisive and can hesitate before he moves in a direction that, after all, he chooses with pain. He may resolve his decision-making problem by making decisions too quickly and without any decent consideration, and he may make things even worse.

This type of Libra must learn to make choices faster than he wants, but he must not be too soon, or he will make decisions that he will regret later.

He is the type of person that is overwhelmed by the instability and the loss of time in thoughts, changes, scatterings that leads to the inability to bring to an end the job he has started, which can be discredited in the eyes of others.

He often starts so many projects, and has so many ideas that he does not what he is talking about, and this is the energy that moves him in the right direction, but that amount of lost energy is never a good idea.

In the long run, his sociability will suffer from it, and uncontrollable desires will cause a strong sense of frustration, which can lead him to some sort of unpleasant obsession with fear of failure.

When it comes to love, a person who has Sun and Moon located in the Libra – Aries combination tends to try everything – and the other way – to better understand its many motivations.

He has many relations and is involved with many different people during his life – he is not problematic in this matter, he just “feels” that a certain person would be a fantastic partner, at least for that time being.

The constant line of his temperament is lively sentimentality, a spontaneous and hungry feeling that pushes much to expect from others while he will never give up his independence.

The Moon in the Aries sign gives this person the tendency to emphasise contrasts in order to win only one component, while the Sun in the Libra wants to reconcile opposites, without the desire to discard any of them.

This combination can bring so many good things in the love life of the person who has Sun and Moon located in the Libra and Aries signs, and the Moon in the Aries especially brings character courage and dynamism in the interpersonal relationship.

He is the type of the person who will fight for his convictions when necessary and who goes into arguments much more often than the typical representatives of the Libra sign.

Basically, he is restless, and the type of lover that easily gets excited, but when it comes to his lovers, he will accept different people, and sometimes challenge himself in the field of love.

But, sometimes deep inside, this person can be filled with the unsatisfied desires, that it takes time to become a reality.

He is also, one of those people who does not hate anything more than shallowness in interpersonal relations, or even worse the lack of interest in lovers, even averageness – his lover must be a special person.

In then, when it comes to interpersonal relations, this human being is eager for all kinds of experiences, but it’s difficult to evaluate his boundaries so that he can make some mistakes in this sense.

So, we concluded that the person who has Sun and Moon located in the Libra and Aries combination is very sentimental. But, he is also a person who can fear of love, from marriage, from the close relationships that he has over the course of his whole life.

But, in the end, he is the person who is devoting himself in love in the most honest way possible; and very often he is ready to invest everything in the love that he gives to others while neglecting his own.

But, the main thing is that he is correct when love returns to him. Fulfilling his own personality often depends on the success he has achieved in love life or marriage. The perfect lover for this human being is born in the Gemini Zodiac sign, and there are many reasons for this claim.

This is the lover that can be very relaxed and there are no taboos topics for him – a trait that will suit perfectly to our candidate. The Gemini lover enjoys flirting and sending secret sexual signals and is the lover that is open to show intimacy in different places. Communication and entertainment are very important to him, and the person with the Sun and Moon in Libra and Aries loves this.

When it comes to friendship, rarely who can stand in line with the person who has Sun and Moon located in the Libra and Aries sign – action often preceded by thinking, and as a friend, when this person promises more, much more than can achieve, there is drama!

And he, unfortunately, is the one friend that usually forgets his promises and obligations, and his closest friends will find this as one irritating quality.

He can easily say that he is a person who exaggerates (he may talk about the events that never occur, just to be interesting in the society, or can make some events much more interesting than they actually are), but remains favorable in the company of his friends: do not bear in mind when he questions his benevolence and sincerity.

He is a generous person who gives a lot to others, and also a lot and he expects, sometimes too much – but all is forgiven since he can provide so much as a person.

The impulse of the Moon that is located in the Aries sign disagrees is better with a balance and a sense of nuance, which is characteristic of the Libra sign (the Sun is located in this sign).

He is the active person and fighter and he coexist with a being that is delicate, selective and inclined to diplomacy -he has all of these traits, and he usually uses them for a good cause.

There are two opposite energies before us, the Libra as a sign of harmony, balance, and Aries in a sign that is in opposition as a quick, impatient, restless, and there can be a conflict in the personality itself from the impatient desire to come to perfection, which strives for personal the highlight that is difficult for the Libra, because she needs the support of others.