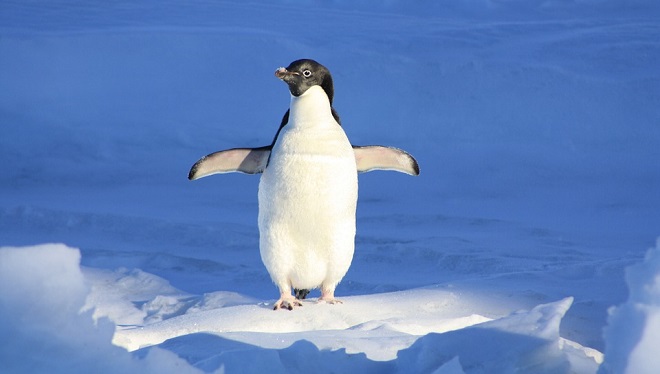 Penguins are simply lovely creatures. There no person on Earth who would look at a penguin and hate it. Their wobbly walk and tuxedo-like appearance, gives them something that cannot be seen in any other animal.

Penguins occupy colder parts of our planet and we can find them mostly in the Southern hemisphere. They are aquatic flightless birds that spend parts of their lives on the ground and parts in the water.

People who lived in the Northern hemisphere could not witness these beautiful birds but as soon as people started travelling more, penguin symbolism and myths began spreading across the globe.

Penguin symbolism is especially important for people who had a chance to enjoy stories and myths about penguins, that were transferred to them by their ancestors. So, if you ever wondered about how people saw this bird before and is there any symbolic meaning to it, this is the chance to find out.

Adaptable – Penguins live in specific environments. They inhabit ground that is close to water so that they can feed off fish. However, even though they try to find places that will suit their needs, sometimes they have to endure consequences of being that close to oceans, like hurricanes or storms and even extreme temperatures. For some birds, these circumstances would be too much to handle but penguins get along quite fine.

Dual – Penguins are birds who spend most of their life with just one partner. They choose this partner carefully and start a family with him, just like us humans do. This is an especially important penguin trait since not many animals in the animal kingdom share the same habits. Being monogamous in the animal world is extraordinary, which is why penguins melt many people’s hearts when they express their affection to their partner. Too bad, we cannot say for many people these days.

Penguin as a totem

As a totem, penguin is very interesting. Penguins are animals who are an expression of adaptability. Just as I mentioned earlier, penguins can get adaptable to any living conditions as long as they are close to water. Hurricanes and storms will not chase them away. Just like penguins, people born under this totem are very resilient.

They will not give up easily and surrender to circumstances because that is not in their nature. Being as clever as they are, these people are going to find a solution for their problem by looking at it in an unconventional way. They will try many different things until one of them gives a positive result. 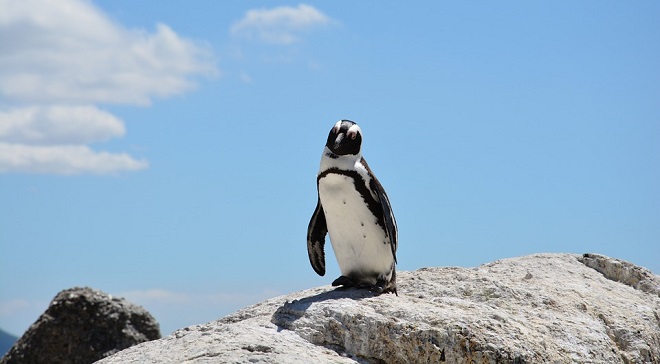 If you were born under this totem or if penguin is your spirit animal, then you might even change your location in order to find better opportunities for yourself. Being adaptable means that you can easily transfer to another place without suffering to blend in.

Another trait that helps with blending in is communication. People born under this totem are born to be around other people and know how to transfer their thoughts and ideas in the right way. They are born journalists and teachers who will use their skills at communication to engage with others and make them listen.

Being around other people is your driving energy. You cannot imagine being alone or closed up somewhere for too long. Exchanging ideas and sharing thoughts with others makes you feel like your true self and you would not know how to live otherwise.

Penguins are monogamous and people born under this totem value relationships greatly. You will probably choose your partner wisely and carefully, but once you find that perfect partner you will not let him go. Giving and receiving in a relationship is essential and people born under this totem know how to treat their partners and make them feel like they are on top of the world.

Heartbreak is hard for people born under this totem simply because they believe in true love and love forever, so once their relationship fails they cannot understand why. They assume that, if they give everything to someone that that person will give the same in return. This is why people born under this totem fall in love hard and have a hard time bouncing back on their feet after break up.

Penguin people are very sociable. Even when they reach certain age, when solitude would be a perfect option for many, these people will still be outside and where the action is. Other people fuel up their energy and this cannot change easily.

These people are great friends and even better partners, so if you have some like this in your life you will never be bored. They are the life of every party no matter how old they are. In addition, since they value partnerships, you will most likely have this friend for the rest of your life.

Penguins are also symbols for duality and opposites. They have their own opinions and these opinions will not be the same as other people in most cases. They value their individuality even though they like being a part of a larger group.

Penguin as a symbol in a dream

Dreams about penguins can be unusual especially if you have not thought about them or even seen them anywhere. Random dream about a penguin can have different meanings depending on other symbols that were present in the dream. Here are some examples that might help you understand the penguin symbolism in your dreams.

If you saw a penguin in your dream then you will finally be able to reach peace in your life. Things will fall into place and nothing will be able to stop you from progressing. This is the right period to start something new and experiment with different projects. In addition, things that were bothering you before are now going to disappear and you will be able to relax.

If you saw a penguin in the water then this dream is a representation of your ability to adapt to changes. If you are about to get into something new and you are afraid how you are going to adapt, this dream might come as a positive symbol that brings you positive news. You will not only do good you will excel at this new adventure.

Dream about a penguin talking to you represents good news that will come from someone close to you. Yu will probably hear good news about something you have been worrying about, or the news might even be related to your job or career. In all cases, luck will be on your side.

Dream about a dead penguin, on the other hand, is a negative symbol. You will stumble upon some problems that will not be that easy to solve and you will be forced to make some changes in your life in order to get your life back on track.

Dream about a penguin crossing your way is a dream that represents a new opportunity that is coming your way. You have probably been waiting for something like this to happen and now it is the right time to grab that opportunity and climb to success.

Penguin as a symbol in different cultures

Penguins have been people’s favorites for many decades. Their cute wobbly walk and unusual appearance makes them stand out from the crowd. However, another very important trait is that penguins are not afraid of us. You will not see a penguin scared of people, which makes them more loveable.

Penguins inhabit Southern hemisphere so people who lived in the Northern hemisphere did not have the opportunity to see a penguin or connect with them. Only when people started travelling and discovering the world, they were introduced to these magnificent creatures.

On the other hand, people who lived near penguins has to know their nature and lovely character. They carry the symbolism of partnership and family to these cultures and since they were not afraid of getting close to people, they were always considered friendly creatures.

There are not many myths and stories about penguins and they pretty much gained popularity around the world in the last century.

Overall, their image in popular culture is positive. They are often portrayed as clumsy but positive characters in children’s books and in cartoons. One of the most popular characters was the one in Batman, where one of the villains was named The Penguin.

In recent years, we actually saw a number of movies with penguins in them. Movie Happy Feet was entirely devoted to penguins and children all around the world were introduced to these lovely creatures. There are also penguin characters from the popular animated movie „Madagascar“, where they were once again portrayed as not so positive.

In literature, penguins have been used as characters in many books and poems. They are often used as metaphors for people and their actions, simply because it is interesting to see how these cute birds receive a different side to them other than the „pleasant“one.

Besides cartoons and books, penguins are frequently used as characters in movies, television and video games. Many football teams have penguin mascots like Pittsburgh penguins.

Tattoos in popular culture combine the symbolism of an animal with the personality of a person who is getting a tattoo. Penguin tattoos carry the symbolism of renewal and evolution. They are also a representation of dreams and community as well as protection and partnership.

Overall, penguins are still loveable characters and no one could ever take that away from them. Their interesting appearance and social skills make them simply adorable. Even though this bird does not carry that strong or mystical symbolism in it, it is still a powerful symbol of friendship, partnership and communication and that makes them unique and important in their own way.