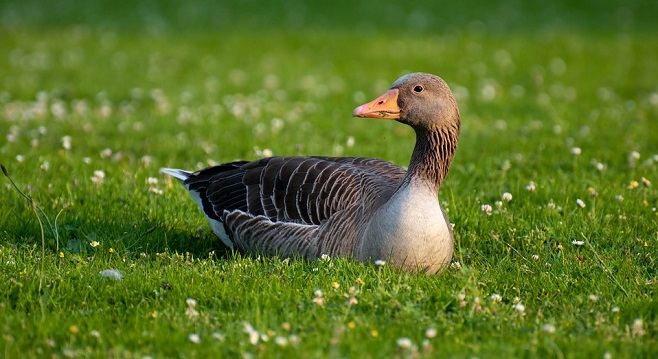 Geese are domestic animals that have been around people for centuries. They adapted well to our habits and people mostly used them because of their eggs and meat.

Geese aren’t those exotic animals you can find on your Safari travels, but just like any other animal, goose has a lot to offer.

Since they have been close to us for centuries, we developed many stories and myths regarding these creatures. They have been an endless inspiration for writers and artists, and a regular motive in every form of artistic expression.

If you ever wondered is there more to this animal, then keep on reading and find out more.

Domestic – Even though there are a lot of wild geese in the nature, most of them are domesticated sorts who live near people. Just like chickens and pigeons, geese aren’t that afraid of humans. They were close to us for centuries and reasons for that are many, but most of them come because of their contribution to humans.

Protective – If you ever tried aproaching a goose while she was with her youngs, then you will know what we are talking about. They are extremely protective of their young ones and their teritory. You won’t be able to come closer to a goose when she has something valuable to protect, which is an interesting trait people used to associate with the human characteristics.

Nurturing – Like most birds, geese take care of their young ones more than any other animals. They feed them and take them everywhere they go.

Now that we learned more about traits, we will get into the symbolic part of this animal’s character.

Goose as a totem 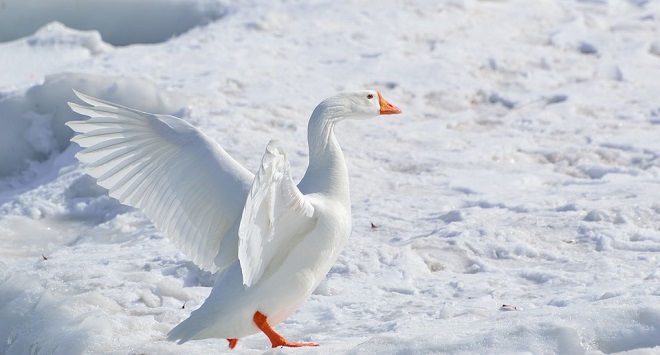 Geese as totems are very powerful. Even though many of us would instantly think that there isn’t much to this animal, geese have been highly respected by our ancestors. Goose totem is a representation of kindness. Person born under this totem is a gentle and friendly person, who likes aproaching people with a smile and a nice word.

They are almost never angry and upset, and even when they do get angry, they get out of this mood very fast. Being bad to others is simply not in their nature and they wouldn’t know how to be that way.

People born under this totem are also very friendly. They enjoy being around people and chatting with their close friends, makes their day a total win. Goose people tend to have more friends than other people, simply because they value friendships and take care of them.

People born under this totem are also family oriented. Having their family members and friends at one place and around them is something they live for. They care deeply about other people’s troubles and they are extremely sensitive.

Goose people love throwing birthday parties for their family memebrs and giving them gifts as a sign of appreciation and love.

If you have a goose as a totem then you are a very passionate person. Everything you do is with a full heart and you wouldn’t know how to do something without caring about it. This makes you a great worker and achiever, especially if you choose the right profession.

When a person protected by this totem, finds a job that combines love and work, the sky will be the limit. Being communicative is also an advantage for these people that can help them get into various social circles. They tend to meet many influential people who can help them achieve their goals.

Geese people are very hard working and they stand with both feet on their ground. Nothing is more important for them as being well balanced in life. this is why they can easily be broken down if this balance gets disturbed.

Possible negative side of these people is that they have a hard time dealing with lack of control in their life. when someone close to them acts uncontrolably or when things on work are simply not going their way, they can easily fall in depression. This is when it is important to remind these people that they have people who are there for them and who will help them.

People born under the goose totem are also very devoted. This devotion comes to light in all areas of their life. whether this is their job or partner, they don’t change their minds easily and they will stick to something if they know that, this is the right thing for them.

They can be over protective at times, but this is all coming from the love they are feeling towards their young ones.

Overall, people born under this totem are kind and nice people, who rarely stand out for unconvetional things. This, however, doesn’t make them less interesting than others. They are great friends and entertainers but they prioritaze certain things over others. Family and friends play an important role in their lives and they will do everything for the person that is important for them.

Goose as a symbol in a dream

Goose can appear in our dreams after we have seen them or heard them in real life, but sometimes symbols in our dreams appear for no reason at all. If you saw a goose in your dream, then this dream is a warning sign that you might have been acting irresponibly in your life. you should take better care of your obligations and not let them get neglected.

If agoose crossed your path, then you will deifnitely have a lot of luck and success in the upcoming period of your life. things will start to look better for you and you will be able to make all of your problems go away.

If a goose in your dream was dead, then you might stumble upon some problems in your life. you might be dissapoiinted by some people in your life too, which is something you won’t be able to accept.

If you saw a lot of geese in your dream ,then your financial situation will be extremely good in the upcoming period. This is the right time to start investing in new projects and looking for new ways to expand your financial horizons.

If you dream about geese ofzently, then this is a good omen for you. Geese are symbols of wealth, luck and happiness so there is nothing better than having these symbols in your dream often.

Goose as a symbol in different cultures

Geese are usually symbols for wealth and prosperity. Many nationsaround the world, used geese in poetry, art and literature to describe deep thoughts. Even though these birds are domestic and we sometimes uderestimate them, our ancestors knew their value.

In China, geese are oftenly used in literature and poetry. Chinese poets like Li Bai, Du Fu and many others used geese as an important symbol in their verses. Geese were considered to be a natural or physical representation of ying and yang. Geese only have one partner for life, so the Chinese people took on this characteristic and represented it through symbolism.

They considered geese to be symbols of marital bliss and partnership. Geese were also given as engagement presents for newlyweds, which only goes to show how important this symbolism was for them.

In popluar culture, geese are used in many sayings and some of them derive from old folk stories and myths. In San Antolin a festival called The Day of The Geese is held every year in honor of this animal. However, it doesn’t really look the way you imagined.

Competitros actually compete in trying to decapitate a goose head that is suspended on a rope above the town harbor. This cruel festival is based on old tradition. Sailors who lived in this are, used to compete among themselves in who can catch more fish or more animals and bring them home.

This isn’t the only custom in Spanish countries that involves animal cruelty, which is why many animal rights fighters are concerned.

on a brighter subject, geese are nowdays often used as tattoo symbols. People express their own characters and traits through animals or totems, and geese is a representation of family, wealth, prosperity and kindness.

Geese are definitely amazing and helpful creatures, that have been on our side for centuries. Honoring them and respecting them for everything they provide us is essential, but so is recognizing the symbolism that has followed them for decades. Our ancestors recosgnized these values and so should we, because no animal is small or unimportant.