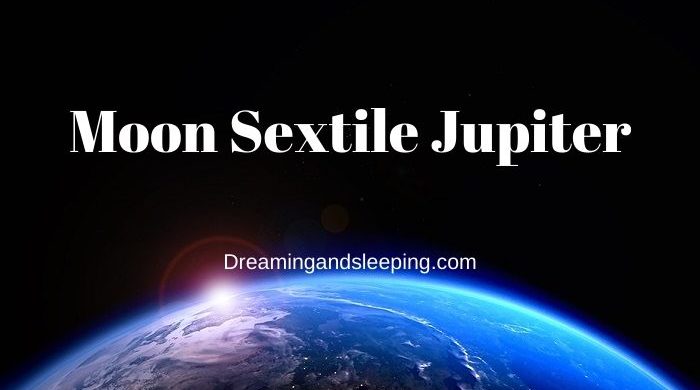 Right in this intro section, we must tell you that one of the most important aspects of the Astrology and observation of the natal charts is the Moon, of course, besides the central element, the Sun.

All of us could agree that its position in the natal chart, aspects, but also the transit of the Moon, which moves very quickly and makes a number of important aspects during a day, and which relates to very short time intervals, can play a crucial role in any field of your natal chart.

Look at the impact of the Moon in this way, if we know that the Moon makes an affirmative aspect on a certain day, and that moment is missed, aspect begins to fail, which can lead to business failure (for example).

What we are trying to say is this – the Moon is really important in the natal chart because it affects all others, and if you want success – whether it is for business and investment or for making relationships of all kinds, you must have a positive position of the Moon. Like sextile, for example.

And here we will speak more about its impact, but we must speak that Jupiter when it is connected to it, it is considered to be very good – especially for starting anything and it points a good aspect to make all the legal decisions, travel and marriage.

Read more about this position that is between the Moon and the planet Jupiter.

All of this is possible if you know that the Jupiter is the supreme God, and in the natal chart and in astrology in general, it represents the symbol of good fortune, and the position of Jupiter indicates what your relationship with luck is. Do you have it or you can have it if you do a certain thing?

As a planet of expansion, it also symbolizes nobility, wisdom, generosity, progress, growth and abundance – and here it is connected to the Moon that speaks of hidden aspects of our soul. 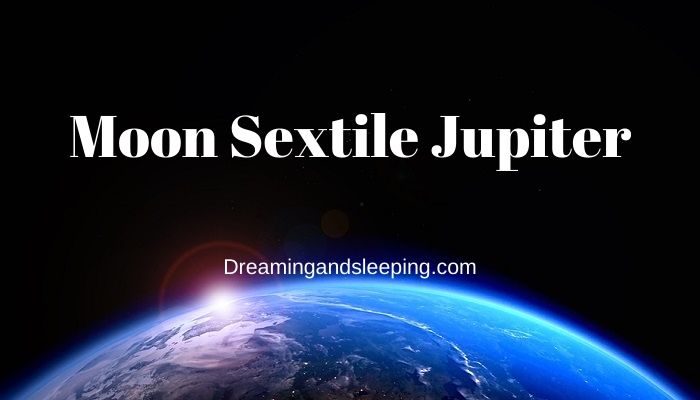 So in the translation, this is the aspect that brings such an expansion to the people who have it in their charts but also brings a great energy position, the one that can move.

In this sextile, relationships could be revealed, along with the easier acquisition, higher spiritual level, kindness to the person – these people are loved by many, and they are those who bring peace and joy to the people who are close to them.

As Jupiter also represents education, a person in addition to a high spirit usually carries the opportunity for atypical or very specialized education, once acquired abroad.

Success in contacts with foreigners, people from abroad and in general with foreign countries. It is an aspect of honesty and honor that a person can earn in the environment and abroad.

Some of the celebrity persons who have this aspect are James Stirling,  Freddie Mercury, Wolfgang Mozart, Bono, Tobey Maguire, Willie Nelson, Warren Beatty, George H. W. Bush, Charles Chaplin, John Hinckley, Kian Egan, James Madison and King James I of England. These people have different careers, upbringing and they even lived in different centuries, but they certainly share some things in common.

Many agree that this is the aspect, the sextile position of the Moon and the planet Jupiter is, in fact, seen as a partnership that will benefit people who have this position.

Mostly, we could say that these people are able to work in a way that they can live harmoniously and be respected. This contact will help to smooth the differences if they exist – and this is the aspect that moves this ability to the environment.

We could also say that the Moon, in this case, will have to adjust in this relationship, but beware the planet Jupiter likes to make false promises.

It is a shame not to use this contact as it mitigates many adverse circumstances and partners will always be able to find some way out.

You have to know that the planet Jupiter, in any connection, is the planet that brings benefits, and in combination with the Moon, that speaks as the symbol of the family and emotions it does wonder.

What to say except that this is one of the best aspects possible – it gives to the people who have it the opportunity for spiritual progress through culture, high-level education.

Lots of travel, relationships with strangers, and sometimes overestimating due to the opportunities that will be offered.

But, it is better to use them, then not, just because of the fear that is maybe present.

Some claim that as much as this aspect brings good, it also, in combination with some other planetary aspects, could bring problems; they say that this is one important and very difficult contact.

These people who have it in their natal charts could, if the circumstances are such be prone to the psychological distress, difficulties in emotional expression, withdrawal into self, shyness, lack of imagination, discomfort, lack of confidence, restraint in expressing emotions (or exaggeration), and above all they can show an incredible amount of the emotional insecurity.

They gave it all, but if there is one thing that they do not have, they will put their focus on that aspect and will enhance that problem to the maximum.

Otherwise, there is clearly an over-emphasis on duty, without warmth and spontaneity – this is one major lesson that these people must learn because not everything has to be planned and for that matter overly complicated.

When you look at the person who has such connection of the Moon and the Jupiter, you will feel like that person is not out of your world, their look is something different, and it seems like they have retrieved the finest genetics of the upper class of the family, that he is therefore at an advantage.

It does not have to be a reality, but these people truly look like their beauty is not something that is ordinary, and this is the reason why they are adored.

Many of them are drawn to the rich and successful partner, and will easily fall in love in someone who is spiritualized or educated and who gives a great direction in life, that tomorrow could be common life, in two.

Now, when you know that the Moon is connected to the emotion, and Jupiter is the planet that generally exaggerates the situation and things where it is found, you can just imagine what could happen in love life of the people who have this sextile in their natal charts.

Therefore, it exaggerates emotions in this case as well, because it negatively affects the Moon which is the carrier of emotions – they truly need to be careful who and where they fall in love because very easily they lose their minds over the person they like.

That is why it brings dissatisfaction with what has been achieved in love, and they are never happy, they want more and more, and when they cannot get it, they show frustration in love.

The person who suffers is their lover, so they need to put their smart heads into the whole story, and things will be better.

In the same way, you can observe their work relations, where everything could also be exaggerated – these people with this position are never happy with the results they achieve, and they never have enough, always more than they can at a given moment.

Depending on other aspects, this is sometimes not so bad, as it develops an ambition for the person to fight for more.

So, it can be good, but also it can be truly frustrating for them -they want, and they work hard, but somewhere in the middle of the road they come to the conclusion that the bite they want to chew is too much.

This means that desires and opportunities are not the same, and it is the process of learning to make a difference between the two, and this should not be the problem for them since they are able to learn fast.

One more thing, we all know that the Moon in the natal chart is a symbol of a home, and Jupiter is a real estate, so some of them could work in this area, and they like to invest their money in real estate.

It is mandatory for them to save money because this aspect gives the person the tendency to spend more than he needs.

Therefore, it can also cause difficulties in business.

In the end, after all that we have said, you know that this is the aspect that could truly bring joy and the specter of amazing emotions, but it is also the continent between two planets that can be truly difficult communication.

Here we want to give a piece of advice for all those who may experience the worst-case scenario that this aspect could bring – it can direct them to experience some form of psychological distress caused by the source that they do not know is there.

The fact is that people who have this aspect can have difficulties in emotional expression, and withdrawal into self so they need to deal with these issues if they want to grow in the proper direction, where they will never have to hide because of their discomfort, or lack of confidence.

And the most relevant lesson is that no one should ever have restraint in expressing emotions (or exaggeration) because it is unhealthy and in the long term it can lead to emotional insecurity.

Try to be more relaxed and at the same time more realistic about interpersonal connections in your life.