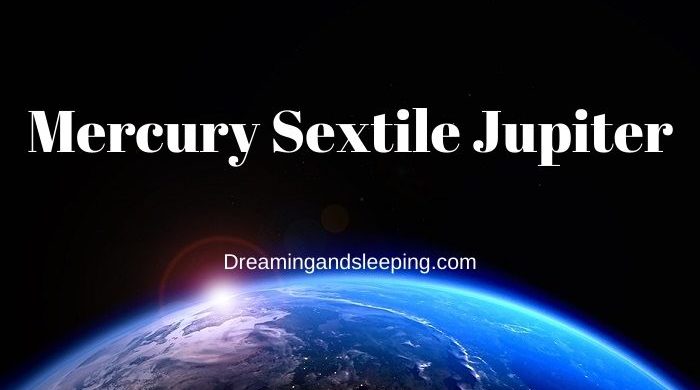 Sextile as the position in the natal chart can point out all beneficial aspects of your personal life, in the smallest details and the ways how you will use it in the best possible way.

So, it can bring you options, but it is up to you to find out how you will use it. It is the angle of the 60 degrees between two planets, including the Sun and the Moon.

We can call this perspective the favorable character among the planets, so it includes for the great features.

This is a perspective we can conceive of as a common arrangement within the two planets. It is somewhat more diminutive than the trigon, so the orbit of this aspect is smaller, up to 5 degrees.

In this case, we are talking about the sextile position between the planets Mercury and Jupiter – and believe us, here we encounter one strong energy that is usually connected to the optimists and optimism; these are the people who live for the day when hope and faith make sense.

Read all about these people and think of the thing that you can do, if such a position is active in your life, or in general.

It is considered to be a very favorable aspect that could bring so many opportunities when this aspect is active; and if you have to seal some contract or call loved one, this is the best time to do so.

This is the aspect (the Sextile that is between Jupiter and Mercury) that connects all things that are positive and optimistic, with the communication, messages in the first position – these are the people who make the lives of others more beautiful, and they firmly believe that one message can change a lot.

Often times, they change lives by doing so, and this is the aspect that speaks of learning, studying (Jupiter) if there are those who study. 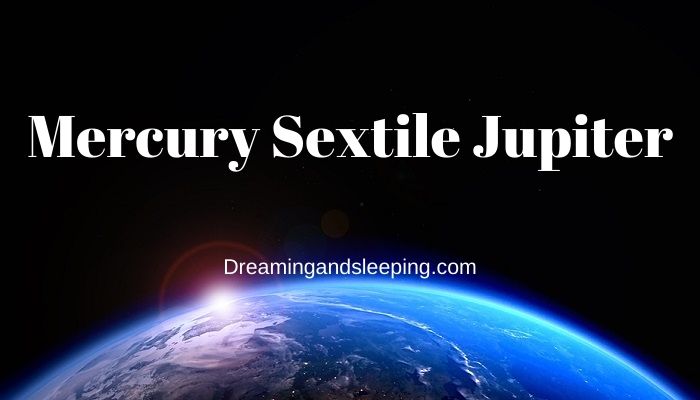 Even if they have long passed the phase of college, they continue to learn and to enhance the knowledge because they want to beat the competition the best way they can.

These are the people who love to travel, are able to do positive thinking, optimism awakens, and business transactions will have more chances for success.

In the natal chart, the planet Mercury represents the mental structure, the way of thinking and communication, the travels and the means of transport, our childhood – everything is a game.

So, you can look at these people as on those who have a soul of a child who wants to be the best, but if he is far from it, then he feels bad and wants to have vengeance.

They know how to work in a way that they can conclude contracts; they want their place among superiors, with the government, successful acquaintances.

But this is the Sextile that has one more meaning – everything they do is turned into heart, emotions, love, children, their relationships are all about love, family, business, friendly. It is true that they are able to maintain their personal relationships very high in their lives, as they draw strength from it.

You can take a look at their personal stories and find out, what it means when people have this position in reality.

Now you know that this Sextile brings so many benefits to the people who have this position in their charts – it brings the benefits of intellectual labor.

These are the people who know how to use their strength and intellectual power, but their lives are even better if you know that in the sense that they have so much luck in life.

The fact is that their reasoning is solid; their mind is cheerful, the intelligence imbued with purpose. At the pier are gained from speaking, writing or travelling, and those who have valuable and lasting friendships in life.

And what is even more important is that their friends are very loyal to them; they like to talk, and they are most interested in philosophical or spiritual questions.

This may come at their lives sporadically, or they could dedicate their lives to these matters, but the most common scenario is the one where they can live one way of life, and then another, that is completely opposite to the previous one.

Often times, they became rich, and wealth is just kept rising; most of the ventures they start under this transit, and it will end in success. It usually does end in success.

In a bad aspect, the Sextile between planets Jupiter and Mercury will incline people to make hasty and wrong decisions, so the bad moves they make in life.

Often they make so many bad moves that they are hurting others who are close to them, even those who are loyal. This is maybe the worse aspect of their lives, their inner need to always be right, along with the stubbornness that destroys their lives at times.

What is most important to understand in this aspect is this – these people have the ability to be theoretically strong but practically weak or vice versa.

It all depends on how they will use their strength, and this is true in everyday life mostly.

They make mistakes because they do not see the one who carries the knowledge, and they can be blinded when they want something to achieve in life, and sometimes they must ask, and not do.

Often they are prone to delays in life and work; they make so many bad decisions in their work that they could fail, but also rise in work and life.

It is good to know that the planet Mercury is the planet of practical mind, so unlike other constellation members, emotions are completely removed, but not from their hearts, it is more the question about putting emotions in the shell, and taking them once again when they need them.

Sometimes they seem like people who neither love nor hate, and it is sometimes hard to know what they mean is it good or evil, though they can make both impressions.

In love matters, this can have such a good connotation, since they can be seen as lovers that have a bad attitude and warm heart.

It is all about the timing when and why they are with you in a relationship – if you are just a passing station for them, then do not expect that they will show emotions to you.

But, if they find something more in you, expect to be the center of their world.

If they are not emotionally involved, these people lack that urge, and they are cold observers, disinterested critics, calculated and when they know that they want someone they will have it because their approach is methodical.

They can be nimble and communicative, but sociability is always helpful, so they can act like an educated gentleman/great lovers, they are adept at expressing themselves and easily mastering thought tasks, they are most powerful in the analysis.

It is important also to know that these people are blessed with the practical approach to acquire money, so it is best to use it in trade, transportation and foreign affairs. This is also an aspect of travel.

They are inclined to philosophy – this aspect that extends them to authority. Constructive intellect, a wealth of thoughts, optimism, favorable acquaintances, business transactions, successful contacts with superiors. Good for negotiations, contracts – they can find their place in the marketing business, or any corporate institution, whatever they do is very successful.

The best quality that the Mercury and Jupiter in Sextile make a better understanding of the global life context, and they are extremely friendly to people (that at times use as instruments so their work can grow). Their mind is active and will set high goals; they want to do everything they dreamed of doing one day.

They are interested in alternative sciences, such as astrology; often they can use this transit to supplement their knowledge.

Even when they make an effort to see things in their broader context, they at times will not lose sight of the details, as they are aware that everything big is made up of innumerable small elements.

Mercury and Jupiter in a sextile make such a good aspect, for people who have it; it gives a strong mind and the ability to merge the theory and practice qualitatively with the ability to acquire knowledge, money or wisdom.

Mercury, besides Pluto, is the only one containing in its characteristic all three elements (circle, semicircle and cross) and thus it is rounded and sufficient in itself.

Mercury is not an emotional planet, and he has no sense of atmosphere, he is skeptical and cannot or does not want to indulge.

That is why Mercury should not be the main channel in life, but one of the possible ways of thinking. Mercury cannot be something, and it can only consider something.

Advice for these people is always to expect higher profits and more cash inflows, especially if they are dealing with trade, transport and foreign affairs.

When this aspect is active, it is a great day to sign a contract, and you can easily agree on everything with colleagues and safes, you can hope for improvement. Do not miss the opportunity to travel.

If you were thinking of buying a car, computer, home appliances and appliances, take advantage of this positive aspect.

In its depth, this is the aspect that puts you in a good mood, people who are under its impact are able to spread love, happiness, joy, and you will make valuable and lasting friendships.

All in all, whenever you see this aspect in the night sky, make a bold move; it will pay off for sure.