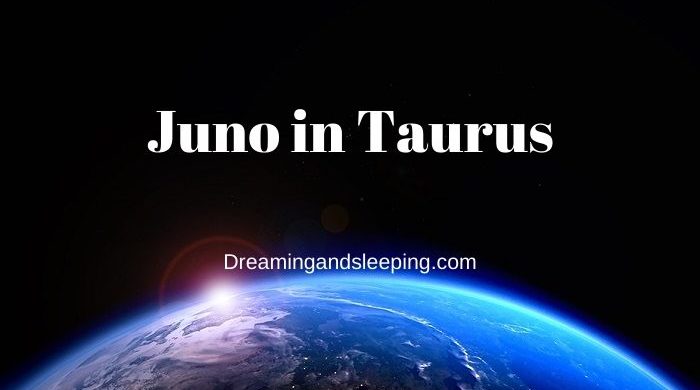 Juno or in Greek mythology Hera is actually Zeus’s wife, though she is also his sister, which is less important.

She represents the part of the woman who is very attached to her partner – she will always put him first and then the children, while in Ceres the situation is quite the opposite – because priority is given to children and it is less important whether there will be time and attention for the partner.

Hera was jealous, so much of Greek mythology detailed her anger and conspiracy about Zeus’s actions and posterity, but Hera or Juno never divorced.

She has the need to be a woman, not anyone, not a wife who would not be appreciated but rather – a woman who is alongside the most powerful man – the supreme god of Zeus.

She wants to be seen, loves to marry because that is her primary goal, and so even in marriage she is the most important partner and everything revolves around her in her life.

Hera is biased, always with her husband and motherhood can be an option but only as an integral part of a quality partnership.

Juno is very keen on marriage and will have a hard time getting a divorce because there are children and other things she loves, and status is the most important of all.

The essence of Taurus is security in both tangible and intangible things. It is an independent person, deep in reality. He knows how to enjoy life and loves comfort. His qualities are enduring. The people around him can feel protected at all times.

The second most important characteristic of Taurus is constancy. Once formed, it is almost impossible for him to change his entire life.

Along with these two positive qualities, one negative is equally strong: possessiveness and that possessiveness not only to things, but also to the people who surround it.

This trait stems from his need for security because Taurus thinks that the more he has, the safer he is. The bull’s so-called stubbornness is actually perseverance, reasoning, studiousness. 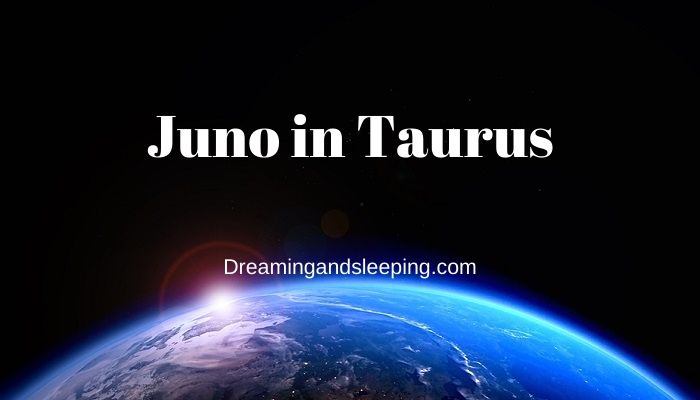 He moves relentlessly to his cause with slow and patient power. It is sturdy, durable and reasonable. So this “stubbornness” will help him to overcome everything regardless of the amount of trouble.

The falls and blows of fate will not just break it. He’ll think, frown when he’s not comfortable, but he won’t be nervous. He is stoic and receives events peacefully. When a Taurus stumbles, though rarely, his disbelief in a better tomorrow only slows his recovery.

This is not to say that the Bulls are not optimists, but that they are incorrigible realists who stand firmly on their element – Earth.

As you give them advice, man and woman Taurus will politely listen to you without interruption, even though they disagree with you, but will eventually do exactly what they intended. At the same time they are charming and quite adaptable to the society in which they move.

Because of this, guests are always welcome. They make friends very slowly, so their circle of friends is limited to a very narrow selection. He won’t look for them.

He will attract them to himself. If you offer them a little friendship and love, they will accept, if you are interested in them.

However, once they become your friends, then their loyalty and loyalty has no limits. Only death separates.

Bulls are known to be great senses and set themselves protective – especially towards friends and loved ones. They deeply sympathize with the weaker and more helpless of them. They are intrusive, silent and withdrawn when meeting or at large gatherings.

They like to stay away, in a corner, in a comfortable armchair, watching the environment carefully until instinct tells them who they can trust.

These are people who will rarely spontaneously and naturally approach or talk to a stranger, but are therefore completely in their element when surrounded by interesting people.

Then their humor is warm and earthy. They are calm and charming, they seem naive and innocent.

People with this setting seek emotional and material stability in their love relationships. In order to be satisfied, they need a partner who will support them well and satisfy their need for material things. The desire to have money and other values ​​is expressed, which contributes to feeling good.

That is why one of the most significant aspects of this relationship and marital relationship is the acquisition of property and material values, which can grow into the need to live luxuriously.

If your Juno is set in a Taurus or 2 houses, it shows a partner who is very practical and firmly on the ground.

It is capable of providing financial stability as well as security in emotional relationships. It will openly show love and what it feels like for you. It will be methodical, organized and patient.

Passion, pleasure and money are present, which ensures marital stability.

With such a partner, the relationship will be special and you will feel that you fully understand. As a couple you will respect the right principles and values, share the same vision of the future.

Of course, provided Juno has no bad aspects, because in that case, it will show significant differences between the spouses. Conflicts can arise due to dominance, dependence, possessiveness and different material needs.

Here also some control issues are triggered, you will want to be aware and monitor every detail of your wedding, especially the food, nothing like a good banquet to seal an alliance.

You like the traditional, so what is customary for you will be the right thing, and you will also look for a stable, traditional, solvent and committed person. For you, marriage is synonymous with security.

It is very important for you to ensure your status, your possessions or your place in society (whatever everyone understands that), and those issues will be a good motivation to think about marriage.

If Juno is retro, you may be afraid to marry or “lose” with a bad marriage, surely you have thought of a pre-nup for example. Taurus is another sign of horoscope, earth element and fixed quality.

The Ruler of Taurus is Venus, the planet of beauty and love, which is credited with being extremely attractive, charming and comfortable in the company of which people love to be.

Bulls are slow, thorough and real people with both feet firmly on the ground. They are practical and rational, never engaging in ideas that cannot be realized. A lot of businessmen were born among them, as they love money and at the same time know how to manage it.

These people are easily identified by their beautiful face, sensual lips and harmonious body. Women are usually real racial beauties, and men are charmers whom women cannot resist. Being true hedonists to whom no life satisfaction is foreign, they often have problems with extra pounds.

The members of this sign are solid people who know well what they want, but because of sluggishness and inertia, sometimes it takes a long time to get into action.

One of their main features is stubbornness, which in many cases works against them, because sometimes they do not know how to yield when it is obvious that it would be smarter.

However, this stubbornness helps them to stand firm in their ideas, so there really aren’t many unsuccessful people among them.

As the true protégés of Venus, the planet of love, the members of this sign are extremely sensual and pathogenic.

Bulls are not coquets like Libra, which is also ruled by Venus, but they are extremely attractive to the opposite sex, so they always have some suitors around.

At a young age, they tend to wander, especially men, who are always surrounded by women, but as they get older, they increasingly want to settle down and start a family.

These are stable, rational and traditional people who will find the meaning of life in marriage and children.

When they fall in love, they don’t show it to all the bells, and it takes a long time for them to do anything at all, so it’s good if the other side is a little more daring than them.

If Taurus is courting you, rest assured that he has serious intentions and that his feelings are sincere.

As partners, they are loyal, loyal and trustworthy, but sometimes they can drive madness by stubbornness, insisting on their beliefs and unwillingness to change.

For Taurus, material security is an extremely important life item, so he will seek to find a good job with a solid beach.

These people usually have a sense of financial management and an entrepreneurial spirit, so they get along well as craftsmen, business owners and businesses.

They are excellent economists who are skillful at managing money, but are not prone to risk, so they will not venture into large and uncertain investments.

The bulls take the job seriously and try to get it done the best, and the environment loves them because they are pleasant and charming people who will gladly jump in to help anyone.

Bull’s sensitive spots are throat and vocal cords, so many have common problems with sore throat, laryngitis or bronchitis.

They are strong in structure and usually have strong immunity, but hedonistic lifestyles often endanger their health, so many have a problem with sugar, cholesterol or the pancreas.

They are advised to exercise regularly as the sedentary lifestyle they usually lead often causes problems with their circulation, veins and back pain.

Women may have difficulty operating the thyroid gland, so it might be a good idea to control it regularly.

These people are easily identified by their beautiful face, sensual lips and harmonious body. Women are usually real racial beauties, and men are charmers whom women cannot resist.

Being true hedonists to whom no life satisfaction is foreign, they often have problems with extra pounds.

The members of this sign are solid people who know well what they want, but because of sluggishness and inertia, sometimes it takes a long time to get into action.

As partners, they are loyal, loyal and trustworthy, but sometimes they can drive madness by stubbornness, insisting on their beliefs and unwillingness to change.