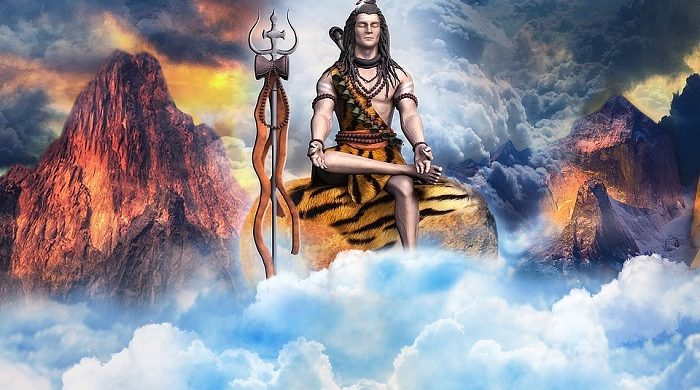 Our relationship to God, any God, that one that we believe in, whatever that may be for us could be seen in our dream world; and you can even dream about the God that is not a part of your religious beliefs, this is one very common case (a Christian person could have a dream about the Buda, for example, as we have said in the dream world, there are no limits of what we can connect).

Just like you can dream that you are operating with an airplane, even if you have never done it, even if you do not drive a car, you can still have this dream.

Today we are talking about the motive – Lord Shiva that appears in a dream.

As you may know, Lord Shiva is the Great Deity in the Hindu religion, and it is one of 3 Essential gods in India. It is the part of the “Holy Trinity” in this religion and therefore very important for them; but what does happen when this dream is a part of the world of someone who has never been to India?

The question is what happens when this Deity appears in a dream world, in whatever scenario?

The Meaning of Lord Shiva in Dream

First of all, Lord Shiva is both male and female God, and in its material representations, it can take numerous forms and shapes.

The character of Lord Shiva represents the duality of living – it alternately generates and consumes, creates worlds and reabsorbs them into endless experiences, which image will display with a dancing act: which stops the world at the conclusion of each session.

In many cases, even if you do not belong to the Hindu religion, to dream about this Lord Shiva, is a good sign, such a dream means that you are much loved in the society that you belong in real life. 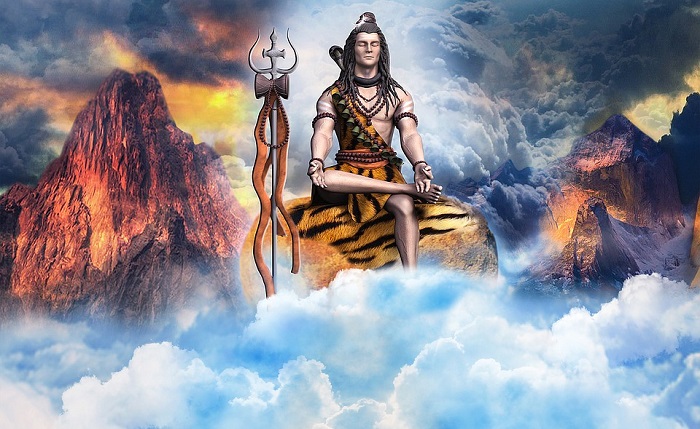 If you have just seen Lord Shiva in your dream, and it has not communicated with you in any way, such a dream means that you will be, perhaps invited to an event that will change your life for the better.

In many cases, the dream about Lord Shiva, and especially in the one where this Deity is talking to you, means that you are about to discover some of your hidden traits that you have not seen until this moment in time.

But the most meaningful aspect of this dream is the one that speaks about your supremacy over others. And this is the dream that speaks of your inner perception of your traits – do not, even for a second think that you are better than the rest. It is not beneficial in any way.

The Symbolism of Lord Shiva in Dream

In any case, if you dream of any God, and this includes Lord Shiva, this is one very interesting motive to look at since it is always connected to the inner holiness and declaring opinions about Deity that is relevant for you or that you may find an interest in.

In the case of this God, Lord Shiva, such a dream is the symbol of the life that you want to live, the one that is connected to the forbidden and unattainable idea of completion that you attempt to take.

In some ways, and this is especially true if you do not belong to the Hindu religion, that the dream where you worship Lord Shiva, such a dream signifies remorse for some actions and mistakes.

If Lord Shiva is talking to you in a dream, such a dream is a symbol of guilt and punishment that you have feared for some time, and this may come to you as something that is necessary for your personal growth, especially in a spiritual sense.

But, if the dream depicts you as Lord Shiva himself, and you are in his form, such a dream could be a symbol of advancement in service that you are providing to other people who are in some ways dependable of you.

Things will go the way you envisioned, and you will soon come to a place that will be your first step to the top. Your colleagues will admire you and, at the same time, shudder at you. You will see your determination to sacrifice time and privacy to succeed and achieve your goals.

If you just saw Lord Shiva in your dream, and you are not even sure how the Deity does looks like, but you know that this is him/it, such a dream is an indication of a wish that is coming to become a reality.

In the coming period, you will meet the person who will become your true love. After a few months of dating, you will feel that it is for life. Probably this experience has changed your relationship to marriage and family since you were opposed to it before.

If you are talking to Lord Shiva, and he is responding to you, such a dream signifies happiness in marriage. Your marriage, after a storm, will finally set sail for a peaceful port. You will get along better with your wife, and each decision will be the product of a mutual agreement to do what is best for you. You will realize that you are one team that has to fight to get the best results possible.

You do not have to be worried, primarily because in most cases, such a dream speaks of the inner need to become a more spiritual person, and it speaks of personal development.

But in the case, where you are talking to Lord Shiva, and you are behaving badly in its surroundings, such a dream warns you that you will get into trouble. You may end up in prison and transfer responsibility for it to God or bad company. You will not admit your mistakes, but it will be easier for you to blame others.

But, in the case of the dream where you are praying to Lord Shiva, and even if it does not respond to you, such a dream is an amazing sign – it’s a sign that they will have enough money to live a satisfactory life.

You probably have a hard time coping and barely making ends meet until this moment, but now everything changes and you are going to enjoy very much. Someone in your family will get the job they’ve been expecting for a long time, or something similar is very realistic to happen.

Your conditions will improve, and you will be able to afford family members much more than before.

But, it is said that if you are already very wealthy and you still pray Lord Shiva for more and more, then, it is said that this is the dream that is very worrying since you are becoming something that is not a very spiritual being, but everything opposite.

In any case, when you have dreams that are connected to some God, and in today’s case, we elaborated the case of Lord Shiva, one of the most important deities in the Hindu religion, is a very important dream to have, cause it could speak of some very integral matters in your life.

In some versions of this dream, it means that you are trying very hard to hide the real feelings towards someone or something in public.

It is possible that you are in love with a person who is unavailable to you for some reason, or you are in no position to come to terms with the situation you are in.

Although you try not to notice that something is wrong with you, it is increasingly difficult for you to hide it. It might not be a bad idea to talk to someone quite frankly and honestly. Do not neglect the opinion of the people who wish you well.

If in your dream, someone else is seeking Lord Shiva, and you are just the observer in your own dream, it indicates an unclean conscience. You put your loved ones at risk with your words or actions.

You have tried your best to hide it or even blame it on someone else, but you are deeply aware of what you have done. It is time to show maturity and finally take responsibility for your actions. Such advice is really important to take as very important cause when the real maturity comes to your life, and the spiritual maturity will come as well.

And one more version of this dream is very interesting to look at – the one in which you do not see Lord Shiva’s face (even if his face is very prominent), then such a dream means that in the near future, you may come up with the idea that will change your life from the root.

You just need a little courage to get started on your plan, so you should not let the opinion of your environment falter.

Make sure you continue to believe in yourself because this is the only way to accomplish what you long for – believing in yourself, also means that you believe in God (that Ultimate, Universal Force that takes care of us, regardless of what is his or her name, Shiva, or Lord or God; it all comes down on the same thing).

Believe is the aspect that mist is present at all times.