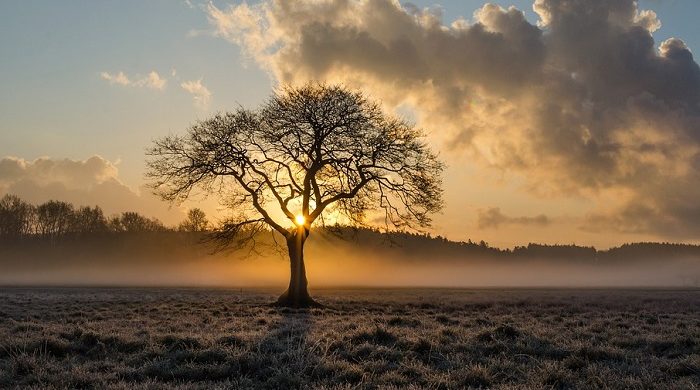 We are surrounded by the symbols of many kinds, and this is one interesting part of our world that helps us communicate with the Universe, and the important thing is that these Universal symbols, so that all of us could understand them. Of course, this is just one of the way how Nature communicates with the people who are its part.

If we want to talk to the symbolism of Trees of any kind, we must say that many paid tribute to the environment in which they live.

Here, we mean that we live in a world where art and culture’ lost their meaning ‘because humans lost touch with Nature, and themselves these and the overarching archetypal myth, symbols, and rituals, resulting in the loss of true contact with the world we live in.

But, maybe if we come back to that primordial Nature, and pay tribute to things that are around us, we can find many answers to the questions that puzzle us.

Our attention today is on Oak Tree, one of the strongest and most beloved symbols that ever existed on this planet. What is your relation to it, and do you have a respect for it?

Did you know that there are more than 400 types of an Oak tree around the world, and in this sense, there is a wide range of applications is as diverse – from valuable native building timber to the production of wine barrels? It can be used in all aspects of human life, all to make it better and more convenient.

So, of course, we know that the Oak Tree can be used in numerous ways; we must speak of its other traits, the traits that are much more important as they tackle into the spiritual dimension.

The oaks can be up to 1,000 years old and are a symbol of strength, durability and toughness – its roots are so deeply in the ground that he cannot be broken easily, so it is the Tree that is meaning is strength and power, along with the durability against all difficulties in the world around him. In some cultures, this is the reason why this is the secret Tree that people worshipped.

If we travel further into the past, we will see that oak already played an important role in mythology: As a symbol of the elemental life force, it was an inseparably powerful pair with thunder. 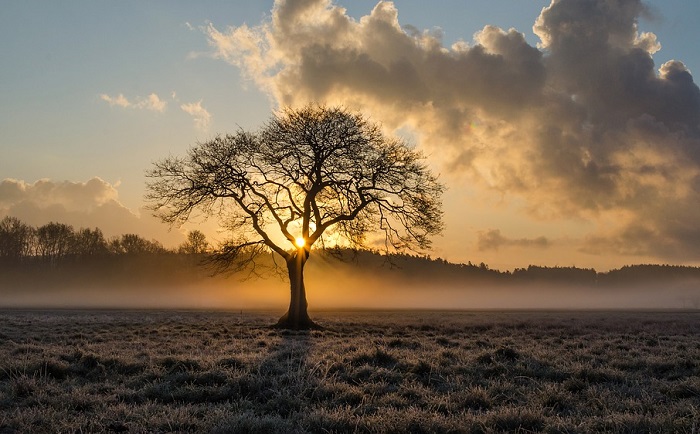 This is especially true in the case of the Celtic culture, where the summer solstice was celebrated as an Oak holiday, and because of its religious significance, some often court hearings were conducted under powerful oaks.

So, wherever you look, you can see that Oak Tree is beloved, and very used in numerous rituals, both spiritual and religious.

The Symbolism of Oak Tree

Now, the symbolical aspect of an Oak tree is always and everywhere synonymous with strength (in Latin, oak and strength are denoted by the same word, and this is not a surprise, because it is one of the most durable trees that ever existed in this world).

The Oak tree is the symbol of strength, power, longevity as well as height – both in the spiritual and in the material world – it is the connector of the two worlds because his roots go so deep into the ground, but also because of the fact that he is so tall that he can touch the sky.

Some say that the Oak Tree is the perfect symbol of the masculine principle; and that he is also connected to the Axis of the world because it connects all three levels of the Universe, as it cuts in the middle, and has such roots that stretch into the depths of the Earth.

But, in almost all cultures in the world, the Oak tree is the sacred Tree that is connected to the one Supreme God, independent of the pantheon to which it belongs: in the Greeks it is the Zeus tree, in Romans Jupiter, etc., and the reason behind this, is that without a doubt because it attracts thunder, rain and symbolizes exaltation.

For example, in Greece, there is a legend that dispute ensued between Zeus and his wife Hera, and when the flood plummets ceased, an oak emerged from the ground as a pledge of peace among deceived spouses. Oak, then, was the first Tree to emerge from the Earth, and it was also believed that the first people became oak.

So, in this way, the Oak Tree is connected to the Gods, but also it is dedicated to the Gods of heaven, rain and thunder. There are numerous sanctuaries around the globe, and you can imagine that some of them are located in forests, around Oak Tree. One of them is located in Greece. In it was the worshiped Zeus who settled in the oak which he prophesied, and of course, in that forest, there were numerous storms that raged more than anywhere else in the world. Many people, who want to speak to Gods, go in that forest and wait for the thunders and storms to come.

If we look at the other side, we must speak of the Roman culture – in this civilization, every Oak Tree is connected to the Jupiter, and for Romans, this is the same as Zeus is for Greeks. He is worshiped as much as the oak god and the God of rain and thunder. In those ancient times, people went around the Oak Tree, barefoot, tangled hair, and pure souls, praying to Jupiter for rain.

In some Scandinavian countries, it is the Tree that is dedicated to the Thor, as the master of the air, ruled by thunder and lightning, wind and rain, fine weather and crops. He is a great fertilizing force that sends rain to the Earth and makes it give birth. It can be seen, therefore, that in this respect the God of thunder is similar to his southern counterparts, Zeus and Jupiter.

So, the symbolical value of the Oak tree is amazing, and people, when they wanted to speak to Highest Forces in this Universe they prayed under the Oak tree, and in those times people prayed for the rain that would bring them food, etc.

These days, people also pray to the Oak Tree or Gods that are represented by him, but this time, they pray for strength, durability or help for some existential question in life.

It is a good sign, of course, and how can it not is – it is the Tree that has proven that Nature can truly conquer all. There is nothing as sacred as the mistletoe and oak on which it grew.

People chose oak groves for all their ceremonial ceremonies and did not perform any rites without oak leaves. If you want to look at things from this perspective, The Oak tree is believed to have used acorns for magic actions.

The Oak Tree has such powers that it undoubtedly occupies the main place in any religious or other teachings, and such a big tree is related to the thunder God.

This is the reason why people believe that they can hide under the Oak Tree, because it will give them the protection they want in life, and it all started when people hide under the Oak Tree during the storms, begging for the bad weather to pass. Oak was a “house of God” for them, and they received rain and sunshine.

In addition, oak was also considered a sacred tree because it and the linden tree produced friction by fire. Men, therefore, sacrificed oak, and women line.

In some parts of the world, this is the symbol of healing, and therefore the good symbol that can help you get over a certain disease, and in others, people use to perform some sacrificial rituals in front of the Oak Tree, the bigger, the better.

And much later, the oaks preserved the mark of the saints among the Slovenes: under them, various pagan as well as Christian rites was performed, as well as sacrifices, so it could be considered as a precursor to the temple. With the Russians, young people went to the old oak tree after the wedding and toured it three times.

Next time when you see the Oak Tree, take a good look at its look, how glorious it looks, and what kind of energy it transmits, you will be pleasantly surprised with such power. And if you are caught in the storm, take a shelter in front of the Oak Tree it will give you the necessary protection that you might need, a spiritual sanctuary even, why not.

The Oak Tree is the one that when you see, you know that you are standing in front of that is very old/wise, that is important and knows everything; that is deeply rooted in the ground, and that can help you in whatever matter of your life.

It is so deeply rooted in the ground that it will not be broken or shifted from its place in the ground. This is the same message that you receive as a human being – do not let yourself get disturbed by storms, and bad weather, but stay firmly rooted in your Nature, in the ground.

Some believe that if they touch the Oak Tree when they are very sick, then the disease can be transmitted to the oak, so various symbolic actions of the disease transmission were performed.

In some parts of the world, water used to bathe patients or children spilt around the oak.

So, wherever you look on the planet, all countries have major respect for the Oak tree – and apart from the numerous records that still exist today, it is indispensable to mention the Christmas tree and the Christmas ceremonies related to Oak Tree – and this is one of the most important and valuable aspects of the Oak Tree. Something that is used in such a special occasion just like Christmas.

But, in all of this have one important thing on your mind – while in the East the Tree is considered a secret being, so I will still be, but with a poorly developed consciousness (like many people after all), in the West, seeing the Tree is reduced to – economy. The catastrophic deforestation, justified by the creation of jobs and the production of objects useful for humanity, has led to terrible consequences for the human species.

So, maybe the core of this piece is not just to learn as much as you can of the Oak Tree, but to learn a valuable lesson – to come back to the core, to Nature, and to respect it in all of its forms.