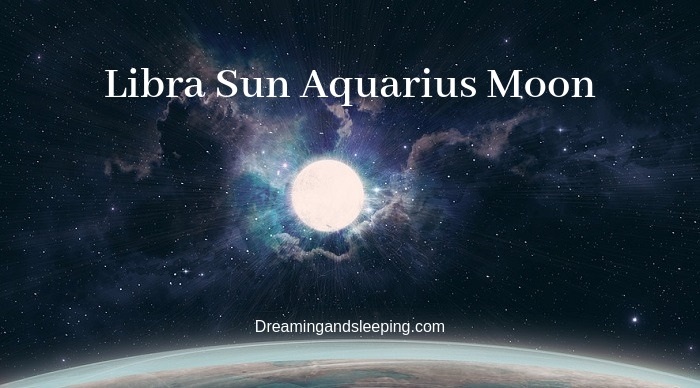 We must say, and maybe this is the fact that the majority of us know already, is that in the ancient time, the Astrology (or whatever was her name at that time, it was certainly connected to the stars) was a much more dogmatic discipline, mainly used in connection to the Universe.

And, in this sense, people used to explain the things that they did not know how to explain in a different way, so they have to find the answer that was beyond their common world and knowledge.

Some Astrologers even go as far as saying that this secret science was there to wield a definite power over all things, totally outside to the appearances itself. Astrology has since gone through dramatic changes, and today we know that it can reveal the truth, but at the same time, it needs to understand properly.

So, we have decided to look into things that can be exposed in the life of a person who has Sun located in the Libra sign and the Moon in Aquarius sign. In the article that you are about to read you will learn about all relevant aspects that matter for this human being.

This is the person who is in the first place a humanist (the Moon that is located in the Aquarius), and in his nature is always to be an optimist, he can put up with a lot of negative things, and it really takes a lot for him to be disappointed. He is tolerant in this sense, and rarely judges people for being different, on the contrary, he is the one that helps others to be whatever they want to be.

He is a wanderer in his soul (loves to travel in every sense of that word) and a little bit utopian, and he is the one that likes to cross the boundaries of life, others see him as a strangely pure being who is not corrupted in any way, believing in the future and the good things that are about to come in his life, cause he deserves them.

In order to find the right path, this is the person who relies on his broad spirit, and this often works for him – he usually achieves his intentions. And the luminary connection located in Libra and Aquarius sign has an interest in everything, and remarkably he is able to do anything – you will rarely meet anyone able just like him. He has so many talents and often works on their achievement by learning even more about that area.

He is an eternal student, who adores learning, and even more, he is the one that loves freedom, new things, he believes in a happy tomorrow, regardless of hard things that are happening in his life. His enthusiasm is contagious, and his environment often prospers because of his attitude in life that is optimistic.

In the end, this is one very social person who loves to meet unknown people, get contacts and multiply his experiences – this is a life for him. The interest in new ideas is very pronounced, and he shows many gifts to adapt without losing any of his own personality that is specific as it is.

Yes, he is an amazing and blessed human being, but he also the one that can be entirely coherent in himself to carry several small drawbacks – based on blind optimism – such as carelessness, laziness, nonchalance, even the negligence. He has all of these traits that he justifies by saying that he is just the way he is and that others have to accept that he is different than the rest.

Even worse he is the one who naively thinks things will be settled on their own. And sometimes in life, regardless of how optimistic he can be, things just do not go in this direction.

Some ideas, ideals and plans are not always realised, but he never obsesses about this, and maybe sometimes he should – life could not be just an idea, he must realise some of his imaginations.

Although an increased rebellion and a revolutionary spirit in the person who has luminaries in Libra and Aquarius sign can throw away the need for the perfect world of love, this person knows what he wants and what he does not want. And this is a must in the field of love when it comes to choice of a lover -he is opening in this sense, but yet so specific in his choice.

He is a person, who in love, ha clear life stances; and when in love he is a very supportive partner; so in a way, regardless how unconventional he can be, love and partnership are of great importance.

From the moment this person is entering into the union (of any kind), he gets “new batteries” to continue where he was uncertain and had no impression that he could pass. Even if he does not want to admit this, he also needs support in life.

Love can be for him the process of gaining many experiences that will enrich him as a person, and by opening to the maximum in this way, he feels like is becoming the best human being he can be.

So, without a doubt, the one with the Moon in Aquarius can be a bit rebellious – but always with “cause.” But his lovers should not mind this, he has enough personal appeal to attract other people, and he will often accept even the kind of behavior that other people would not tolerate. He is very advanced in his thinking and often has lovers that are “specific” to say it mildly.

Sometimes, because of such an attitude, this human being can be involved in toxic relations, but the good thing is that he always sees them as a new lesson, rather than a punishment.

The mist of an extraordinary and bizarre one always floats around him, and it can also be seen in his love life; he likes unusual and distant styles, original people.

In emotional relationships, he is always looking for ideal solutions and ideal situations that can lead to strange and unusual solutions.

The best possible solution for this person is to enter something serious when mature, in later years, when he is able to love fairly confidently, where he can take the environment: “If you want it, it’s nice – if you do not like it, there’s no problem, I can deal with everything.”

He needs a lover who will not mind that he just enjoy being different, even pride with his individualism. Sometimes he is an eccentric who does not care what others think – he to your own goals in your own way. Who will deal with this eccentric behavior? Maybe the Gemini lover -he is not for everyone, but for this candidate, he may be the perfect match!

Our candidate is full of surprises and sudden changes that perfectly fit one Gemini lover. They love to hang out and have a great number of friends that will make the jealous hard to fall, and the best news here is that our candidate is not jealous at all, so no problems here.

It’s very likely that these two will fit well in bed, but there may be a lack of passion in the sense that in Gemini that passion often changes its focus, and in the person who has Moon in Aquarius it takes time before it shows its face.

As you were able to see, this person has a great need for orientation towards benefiting the society and the environment in which he will express yourself, for the people who are identifying to strengthen your personality.

Knowing that he is able to meet himself through others while he is watching, concluding and without bitterness,  he lives with his life – he does not force anyone to be with him, to be his friend, etc. He lets people/friends be who they are, while they are letting him be weird and different and above all free.

Engrossed in his freedom and independence, he is no less engaged in the group for which you associate his destiny(as he sees it), fighting simultaneously against the average, fatalism, anarchy and monotony. And he often has many people who will follow his lead, and in this sense, he has so many friends.

He loves changes and is in constant tendency to work something, but he has a very friendly, and humane soul; and he never chooses friends based on the material aspect, he seeks friends who are creative and who can stimulate him mentally.

He is the one that is the kind who loves to share, or give, or even help, mentally active and fast and therefore very popular in his environment.

In this Astrological combination, there are two air signs combined -in him, and there is an emphasis on his preference for universal harmony, sociability, openness, equality (all thanks to the Sun located in Libra sign).

And thanks to the Moon located in Aquarius there is an inner world where intuition, optimism, mobility, and inventiveness.

He is the one that lives by the social idea that guides him in the way that he understands others, to try to alleviate conflicts of thought and calm the disputes.

This desire may seem unrealistic, but he does not quickly turn away from them so easily but is fighting for them vigorously.