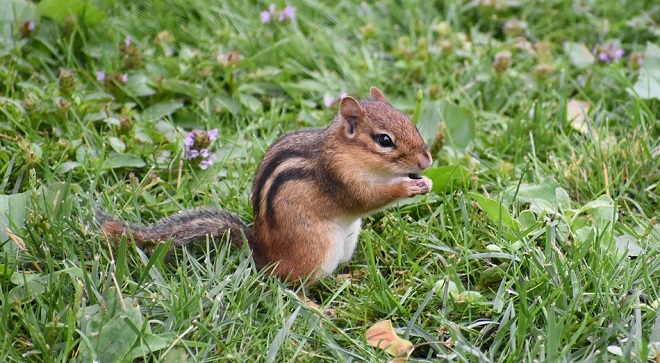 Denying chipmunks cuteness would be like denying that babies aren’t cute. These small rodents inhabit North America and Asia.

They belong to the Sciuridae family and mostly feed of seeds and plants.

Active – Chipmunks definitely fall into the category of active animals that are constantly in search for food and shelter.

Fast – Chipmunks can climb really fast and jump between trees in seconds. This is their only defense mechanism against larger mammals so this is the only way they can protect themselves in case of need.

Sensitive – Chipmunks are hard to catch and come close to. They are highly sensitive animals that can sense danger when it is approaching, and run for cover before they get caught.

Chipmunk as a totem

Every person born under this totem is always on the go. They are rarely sitting down and procrastinating, because there is always something more important to do.

If you are looking for these people at home, you will often find that they are not there since resting is not something they do often.

People born under this totem are great at communicating with others so they often pick careers in which they can express this skill. You will find them working as PRs, managers and journalists.

Meeting as many people as they can and experiencing life as much as possible is their life goal.

Because of their constant lack of free time, it is hard for them to find true love and commitment. But this doesn’t bother them much since that is not their preoccupation in life.

Chipmunk totem represents intelligence and many born under this totem use their clever ways to secure a highly praised career.

They are always life of the party and no social gathering can pass without them mingling among the crowd.

Another trait they share is hard work. They are prepared to invest a lot of time and effort into making something happen and nothing in their life comes free.

Their biggest flaw is sometimes lack of organization. They tend to overbook their schedules and get themselves into trouble.

Careful planning and a bit of organization is something they need to be cautious about.

Chipmunk as a symbol in a dream

As symbols in dreams, chipmunks often represent positive things. They are symbols of prosperity and opportunities.

If you saw a chipmunk in your dream, then you will have a chance to make something important happen.

A business offer might pop up for you, and taking this offer is something that is going to benefit you very much.

If chipmunk in your dream is dead or if you killed it, then this means you will encounter some problems along the way.

Even though they are not going to be major, you will be able to solve them without major difficulties.

If chipmunk in your dream was talking to you, then you might receive a valuable piece of advice from someone close to you.

This person supports you and you should take his or hers advice very seriously.

If many chipmunks were in your dream, then you might be surrounded by people who are trying to sabotage you or simply drain your energy.

There is nothing worse than having people around you who are ready to sabotage you in order to achieve their goals. So, in order to progress you will need to further them away from your life.

Chipmunk as a symbol in different cultures

Chipmunks predominantly inhabit the North American and Asian continent. Because of this fact, other cultures around the globe weren’t able to experience their magnificence.

To the Asian and North American people, chipmunks are symbols of prosperity, luck and hard work. Native American people considered chipmunk characters as thoughtless and thinking about their actions is never an option.

Every person protected by the chipmunk totem was seen as a hard working person with a lot of energy but little tact. According to popular stories and myths, chipmunks received the stripes on their back after they were attacked by a bigger animal like a bear.

In Asia, just like squirrels, chipmunks are symbols of hard work, dedication and frugal nature. Many Asians carry small chipmunk trinkets in order to attract good luck and prosperity.

In popular culture, we all know chipmunks from the movie “Chipmunk”. This movie, targeted at kids, became a worldwide sensation and brought chipmunks to fame.

Even people who never heard of them were forced to be introduced to this small, adorable creature.

Overall, chipmunk symbolism might not be as popular or important as some other animal’s symbolism but it still is valuable in its own way.

This small mammal became one of the most popular animals today and got into our hearts with their adorable ways.