This appearance was partially the reason why they became so interesting to people and why people started seeing them as a special sort of animal. When you see them in jungles, they stand out from trees and in the desert this spotted beauty is easily noticeable.

Jaguars have an extraordinary aura around them. Their grace and natural elegance comes being a feline, but there are things that set this feline apart from others, and that is his intelligence.

People always saw this animal as a fighter, a symbol of power but also elegance, so if you ever wondered what lies behind this symbolism, then let us get into analyzing together.

Perseverance – This animal is a survivor. You will rarely find a leopard starved to death or defeated by another animal, simply because they stand their ground and fight till the last breath. Leopards usually inhabit tough regions of our planet, like deserts, but in a more fruitful environment like in a jungle, they are still in competition with many larger predators. But even then, leopards will fight to stay alive and feed themselves and their young ones, so they belong to one of the most durable animals.

Intelligence – Leopards rely on their instincts and their brain to avoid being defeated by another predator or to catch prey. They are endangered species so there are a lot of natural threats to their existence. Because of their beautiful fur, people have been catching leopards for decades and using their skin in the fashion industry. But hopefully, this beautiful race will be able to survive.

Powerful – Leopards are not only strong and dangerous, they also have an amazing aura around them. Seeing a leopard in reality is definitely an experience to remember. Their massive outside appearance and strong jaws, make them one of the most dangerous animals on the planet.

Now that we learned more about leopards, it is time to get into the symbolic part. Reasons for worshiping or fearing a leopard are many, and we will get into explaining them in the next part of the article. 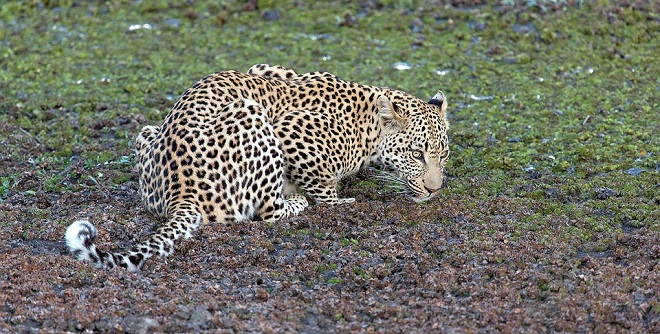 Leopard as a totem

As totems, leopards are extremely powerful animals. Their aura that we see in real life comes out in people who are protected by this animal or who have this animal as their totem. People who were born under this sign or who are protected by a leopard are very unique. Their appearance is something to remember and they will always have something about them that makes them look one of a kind.

This is a type of person you will definitely notice when he or she enters the room. All eyes will be fixated on them and they will be starts of the show.

When you have a person like this in your life, you will always know the reality of everything this person will or can do. Their pride is another characteristics that is very prone to people born under this sign. They are easily insulted because they take themselves too seriously and they don’t like being ridiculed for anything they try to do.

People born under this sign are very serious in life. They are the mentors you will go to, in order to get advice on life and solve almost any problem. Having someone like this in your life is a major advantage to other people because you will always have someone to go to when you need help.

People born under the leopard totem are very ambitious. They know what their goal in life is and how to make it come true. If you think that you will be able to stop them on their way to success, then you need to think twice. Leopard people are born fighters and they won’t give up on their goals in life for anyone.

On their road to success, people born under this totem are going to make a lot of enemies. In order to keep on going and not pay attention to their adversaries, these people need to be extremely tough and resistant. It is good that they are like that in reality. If you were born under this totem or if your power animal is leopard, tough situations in life are going to come easier for you than for others.

You realize how hard life is and how hard it is to keep on going after every obstacle, but you also value your life too much to give up on it. People born under this totem are going to stand through all of the rain and bad stuff until they reach their goals.

Possible downside to their character is that they might seem too distant and cold to other people. We see them as strict and unapproachable, but in reality they are longing for friendships and closeness. Forming a relationship with a person like this might be hard, but the amount of love and affection you will receive will be more than worth the trouble of breaking through their shell.

Leopard as a symbol in a dream

Leopards are symbols in dreams that you will definitely remember. If you ever stood next to a leopard, then you will know what I am talking about. Leopards in our dreams can take on many different symbolisms and some of them can be good and some can be bad. This of course depends on the overall situation you dreamed about and other symbols that were present. The more you remember about the dream, the easier it will be to interpret it.

Dream about a leopard in general represents some sort of problem you have in life that is bothering you. This problem could be present in your life for a while now and you are having difficulties making this problem go away. It is best to get a grip of your situation and find a good way to solve issues in your life that are stopping you from moving forward.

If you had a dream about petting a leopard, then this means you are going to make peace with someone with whom you had an argument. This argument happened long time ago and you got distant from this person because of it. Secretly you always regretted that, but now you will get a chance to make things good again.

If leopard in your dream was running towards you, then this dream could represent your anxiety in life. You feel like something is chasing you and you don’t know how to escape this obligation. The only possible way to make this anxiety go away is to face your problems head on. This way they will be gone forever and you will be able to dream peacefully.

If leopard in your dream was dead, then this dream is a representation of a defeated adversary. Someone with whom you had a long lasting feud is finally going to be defeated and you will end up being the winner. Use this period of time to come out as a winner in any situation and don’t let anyone stop you on your road to success.

Dream about more leopards represents a possible danger coming from your work place. People who work with you are out to get you and they already have a plan to succeed at it. Be careful about what you say and do because everything you do at this period will have a long lasting effect on your life.

Leopard as a symbol in different cultures

Leopards have been interesting to people because of their appearance first. They both feared and worshiped this amazing animal, and over time, leopards became an important part of many cultures. Since leopards mostly inhabit Asia and Africa, symbolism behind this animal comes from these two continents.

In Africa, leopards play a big role in the many cultures when it comes to symbolism. Leopards are seen by the people of Africa as hunters and warriors, but this is not all there is when it comes to their vision of this beautiful animal. They see leopards as cunning as well, and deceitful in all ways. People in African tribes have been living near these animals for centuries, and they always saw leopards as magnificently beautiful but at the same time dangerous and threatening. Leopard to the people of Africa represented an animal that portrayed one human characteristic perfectly, and that is deceitfulness.

Leopard can’t fight against his nature and his spots are something that gives them away and they can’t do anything about it. This represents people who keep trying to hide their real personalities in order to appeal better in eyes of other people, but somehow their true self always comes to the surface.

Ancient Egyptian priests and emperors used to wear leopard coats to portray their power and strength. This made them appear stronger and more important than others, and this kind of symbolism affected people deeply.

Shamans in tribes around the world, carry leopard coats to also show their power and importance within society. Many indigenous tribes across the globe used this animal or saw leopard as a messenger to the “other” world. This is why leopard costumes and symbols were used, and still are being used, in rituals all over the world.

In popular culture, leopards are represented as our adversaries and enemies, which they essentially are. People died from these animals for centuries, until we were able to protect ourselves. Dante represented leopards as malicious and deceitful animals in his books, and that kind of image remained in our minds until today.

Now, things have changed in our favors, and leopards can’t reach us, but their number is getting lower every year. This beautiful creature was captured and killed for decades by people who admired their appearance and strength only through their outside coat.

But, even today, people are still impressed by the amount of powerful energy that comes out of an image of a leopard. Leopard tattoos are a representation of strength, power, strong character and perseverance. This makes them one of the most popular motives to get when deciding on what to paint on your body and leave it there for life.

With all that being said, leopards were and remained to be one of the most interesting creatures on our planet symbolism of this animal reaches far and people recognized this power and honored it for centuries. The only thing left to do is to make sure that they still walk on our planet, without the fear of being used just as an accessory, because who would want to rob this world from such a beautiful creature.