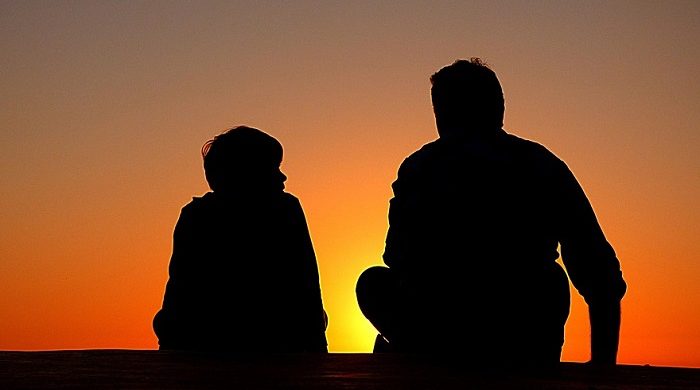 Father figure is very important for every human being, and maybe this is the figure that is neglected when compared to the mother figure.

But, fathers play an essential role in the upbringing of children. They can be sensitive and nurturing, just like mothers.

Nurturing a father’s presence helps children with emotional, cognitive and social development. Which means that the father must be involved in child development?

Like most children, you did not understand or approve of many of the things they did for your own sake, but as you get older, it is easier for you to understand their way of thinking. This is a normal part of growing up, and in this sense, we are all the same.

They are also a part of our dream world, and there they have so much importance when analyzed – and we will tell you that dreams of the father are quite common and can have both positive and negative symbolism.

Above all, the father is a symbol of power, discipline, protection and authority. In the next few rows read all about this motive in dreams.

The Meaning of a Dream of Dead Father

This is the dream that all of us could have, and it is not limited only to those whose father is truly dead; he could be alive in reality, and you can dream of him as dead.

Even in this scenario, there are numerous versions of this dream – in the version where you see a dead father in a dream that is smiling, in that case, this is the dream that is a sign that you were behaving the way you were brought up in childhood and doing what your parents wanted.

But if a dead father in your dream is very angry or anxious, in that case, this is the dream that means that you are aware that you are doing something that your father does not agree with. 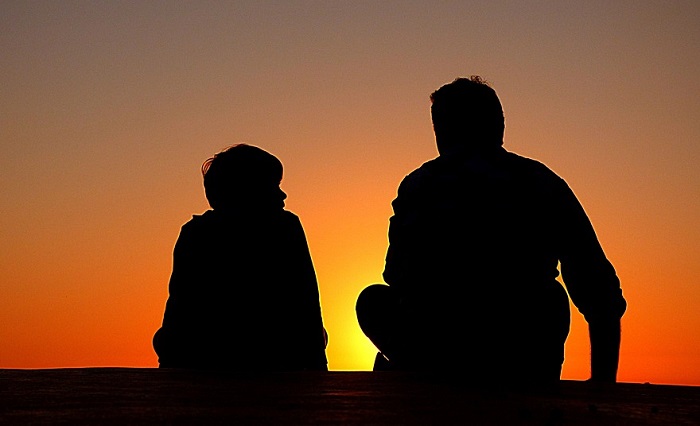 It makes you feel guilty, and you have this dream as a way your mind is speaking to you and acknowledging that your dad does not approve something that you have already decided to do.

And this is the dream that has even sinister version – in this dream, your father could argue with you – such a dream means that you are not happy with the relationship you have with your father in real life.

Such a dream means that you don’t get enough love and attention from your father, but you don’t know how to change it.

If you are dreaming of a dead father and he is telling you some advice and shares some information about your future life, this dream is a true sign that his opinion is very important to you and that you need his advice.

It is possible that you do not have the courage to ask your father for advice, so you’re subconscious desire to do so is reflected in the dream. This is also the situation in your life that is the one that many of us compare to the crossroad – and your inability to make the right choice and live with it.

There is one more version of the dream with a father – the version where he is dead and you are “flirting” with him (do not be alarmed if you had this dream, it does not imply that something wrong will happen to you and with your life) such a dream means that you, on some level very lack your father’s love and warmth and that you feel that your father is neglecting you in some way.

In its alternate version, this dream does not have to be connected to your father, built with some figure in your life that is relevant for you, and that gives you approval.

The Symbolism of a Dream of Dead Father

The father figure, a dad, is, in reality, a family member who symbolizes some form of security and support, but is also synonymous with rigor and authority, and is most often responsible for punishments and misdeeds when certain things are not done “by the rules” and mistakes are made or some minor omissions and a little carelessness.

In a general way, the dream about the dead father, especially if he is dead in a real-life, and if you are talking to him, such a dream is a symbol of happiness.

It may be possible to repair your relationship with a family member before it’s too late – this is the alternate version in the case, where your father is not dead in real life, but you see him as dead in a dream.

But if your father dies in a dream, such a version of a dream symbolizes pain. You are probably stubborn and do not want to give in to an altercation with a person who used to mean a lot to you.

Even though you do the most harm to yourself, you will not be ready to break the word and go over the ugly things you have done to each other.

If your dead father in a dream is just present, and you are looking at him, and you could not believe what you are seeing, such a dream indicates that you will have a long and prosperous life. You will feel great relief because you will be sure that a higher power is guarding you and taking care of you.

You will be calm because you are aware that you have done everything in your power and that no one has the right to transfer to you that you have not tried hard enough, or that you have neglected a family member who needed you.

If you know that your father is dead in reality, but in a dream he is dead, this is a true symbol that you are very worried about your parents and that you are afraid of them.

But this dream, as we have said does not have to be solely connected to parents and father figure, but also with any authoritative figure in your life, or someone who is “scary” for you.

But in some versions of this dream, seeing a dead father in a dream is the symbol of your progress in the coming period and that you will have a long and beautiful life.

Do not be worried, but know that the father, in whatever version in a dream is a very important symbol, and should be regarded as such, whatever the message is behind it.

In dreams, the father is a figure and a motive, quite common and signifies a subconscious projection of a person and with whom you live and which you love and respect very much, and the very symbolism of the dream of the father depends on some clear situation or events and the way the father in He sees the dream, and what his “role” is, and how he feels in the dream, or how you treat him or him and treat you and behave.

Maybe you are scared if you have seen a dead father in a dream, and many of us freak out if we see our beloved dad is dead in a dream, even if he is not dead (or even old or sick) in reality.

We often think that something bad will happen to him, even if this is so far from the truth, and in some countries, it is believed that in this way you have prolonged the life of your dad. So do not worry! Just pay attention to as many details of this dream, so you find out what does this dream for you, and is there anything to pay attention in real life.

So, for example, if you have seen a dead father in a dream, some specific or implicit situation, and only saw him as a figure and dominant motive in dreams, then in reality it means that you are in a problem or in trouble, or that you tend to doubt and that you cannot reason rationally, and that you also need the help and advice of a person you trust, and who you are a true friend or a very big and supportive and supportive person in life.

In some cases that we mentioned before, you could see that some of the decisions that you have been making in life did not give you results and in some way you doubt them (this is the reason why a dead father appears in a dream, you think that he wants to tell you what to do, or you need him to appear and tell you what to decide).

We are not saying that you always have to listen to your parents and that every parent knows what is best for its child, but we are saying that they mean good and that they are those who know you the best and know what could be the best for you. So take their advice with a lot of care.

Studies have found that kids with engaged fathers can better endure stress and failure, are more skilled at resolving difficulties and have better control over their passions and desires.

Having said all of this, we must add one more aspect here – this dream is often a reflection of your insecurity and fear of becoming independent and of starting to solve your life obstacles yourself, so that you always expect your family, partner or friends, to save you when you are in trouble, but it may be left to you go it alone because you have decided not to listen to or respect anyone, and therefore suffer the consequences.

When you dreamed that you saw your father in the dream while he was realistically alive and in good health (but in a dream he is depicted as dead, and we must add that he does not have to look like a zombie, but you know in a dream that he is dead), such a dream shows that you dad care you wish him well-being and happiness, and that by that dream you “extended his life”, that is, that your father will live long and beautiful, and that he may reach a deep old age.

From this aspect, maybe comes the story that when you dream of someone who is alive in reality, and in a dream world, he is dead, that you “make” him live even longer.

However, the dream some alternate versions imply in real life, that you will either be able to resolve some disagreements with people from your immediate environment, or that you will understand who they are or your false friends or true enemies, and that you will “exclude” from life.

May this be as it is, it is never a pleasant feeling to dream someone dead, only in some exceptional cases, most notably in those where your father, for example, is truly dead in reality, so you get the chance to see him in a dream world, and maybe talk to him.

To conclude – a father figure, like in real life, the same in the dream world, has one very serious meaning, and it is always important to analyze this dream and find out what it means. Just like reality, such information will come useful to you, for sure.