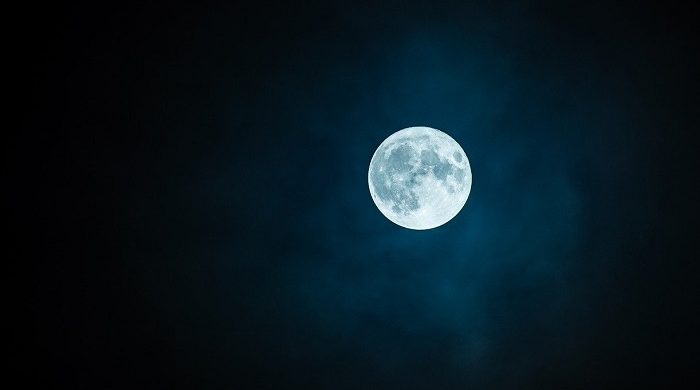 The Moon is the natural satellite of our planet Earth, which moves around it along an elliptical path at regular intervals and it is very important for all living creatures in our planet.

In addition to its importance that civilization has built by observing and hypothesizing, the Moon also receives great attention from a scientific context.

Old civilizations also studied the motion of the Moon and based on it highlighted certain days of the month, performing rituals, completing commitments, arranging festivities and feasts.

For many calendars that are based on the Moon (the Lunar calendar that is used in many countries, mostly Islamic) is much more relevant than the Solar one.

All these statements suggest that the influence of the Moon on the lives of all of us is of great importance.

But what happens when the Moon appears as the motive in our dream world? Is then also one of the most important symbols that we could dream?

We will tell you that it is, and you should always pay attention when you have such a dream, in particular, pay attention to the size and overlook the appearance of the Moon.

The Meaning of the Dream about the Moon

Right away, we will tell you that the Moon is most usually connected to the emotional part of our lives – emotions, sensual pleasures, relationships with family, etc. 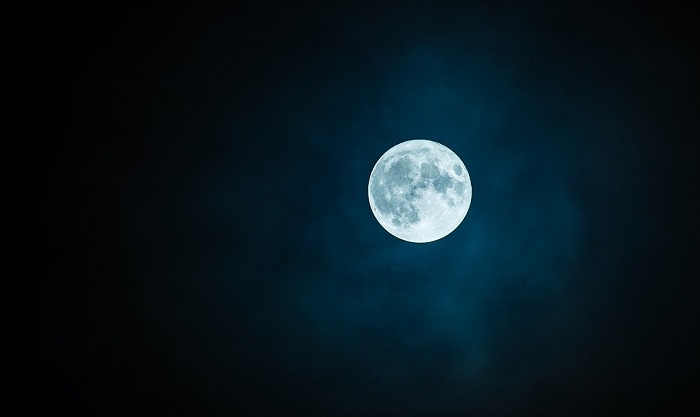 You should look at this motive in a dream though this “eyes” – as you will be able to see the Moon can reveal you very much about you, even the hidden aspect of your soul.

Maybe the soul is the aspect that is mostly connected to this dream motive.

Now, to speak more concretely – if the Moon in your dream is full, and it looks amazing on the sky, but you maybe feel uncomfortable when you see it, such a dream implies that you should delay marriage or any commitment that you gave to others.

Here we are talking about the deal that you gave to someone, and you do not feel comfortable about it, and your soul says to you that you should avoid that deal, because it will not bring you anything good.

This is the dream that shows that you are more than ready to be emotionally connected to someone special, but you have nor find it yet, but the search is also an interesting part of the journey.

If the Moon from your dream is young but very bright, such a dream signifies a quarrel with a loved one – it does not have to be your lover, partner, it can be your mother, father or a family member. And this is the fight that is very serious – your feeling will be hurt very much.

But, if you see the Moon eclipse in the dream, such a dream has one very interesting meaning for you, in real life.

It is the warning that you will do yourself harm because you would want to make someone you love a favor, but you will end up shorthanded and hurt.

The Symbolism of a Dream about the Moon

The Moon, as we said, is associated with feelings and interpersonal connections in life, but also with your soul, and its hidden parts of it.

In this sense, the Moon as the symbol could be the one that is responsible for the choice of partner as well as the marital status and overall flow of emotions through the life of the individual. In the dream world, it could also direct to these aspects.

But, we also must add that the Moon when appears in a dream, in some general way, it symbolizes that you are not standing in one place, but that you are growing – developing and advancing. The Moon in a dream world has always been a symbol of fertility and progress.

It is also said that if you look at the Moon from water, in a dream of course, and you can see it reflected in the water, such a dream is the symbol that soon you will travel, perhaps overseas.

If the Moon from your dream is Full Moon, such a dream symbolizes that the end of a certain problem is coming your way and that the solution is on your reach. In fact, this is the dream that shows that you are completing the jobs you have long started.

In a symbolical sense, the dream about the Young Moon shows that for you a new beginning, a new job, dating and Love are next and that you are emotionally and spiritually ready for what is yet to come.

The alternate version of this dream is the one that says that if you’ve been dreaming of a young moon, it’s a sign of increasing your estate.

If you are close to the Moon in your dream, and you feel like you almost could touch it, such a dream carries an incredible symbolical value that is very, very positive. Such a dream is very good to have because it means success and happy moments.

But, the dream about the red Moon is bad, and it is the symbol of war and sadness. Here, it does not have to mean that the war in your country will start, but it means that a war could occur in your environment and that you will be in war with yourself.

But, if the Moon from your dream has some other color, like yellow, pearl, pink or white – such a dream could symbolize a passionate connection.

It is possible that you will meet a person with whom it will be clear to you that no future is ahead of you, but the attraction you will feel will defeat reason.

You will be fooling yourself into being aware of the situation you are in, which will prove to be inaccurate when there is a parting that is, from the beginning, certain.

These dreams are very important since they talk about the soul of the person who has this dream – the most relevant aspect to look at in these dreams where the main motive is Moon, is the appearance of the Moon itself.

For example, if the Moon from your dream is small, then it indicates that you should look out for your dear person.

Be careful, since this is the dream that shows that that person who you love is likely to be vulnerable in the coming period, which is why that person will need your support and closeness.

Every nice word, gesture or attention you give her or he will have a lot more meaning than you can imagine.

If you see a moon eclipse in a dream, it is a warning that you will find yourself out of favor. It may happen that the company you work for will have dizzying changes that will seriously jeopardize your position.

Although you will do your best to show yourself in the best light, much will not depend solely on you and your abilities.

In any case, take good care of yourself and the people you love when you have dreams about the Moon – they speak not just of your emotions, but the feeling of others that are important to you very much in life.

Try to be careful, but at the same time, try not to hurt others, while remaining you, true to yourself.

In the previous section, we have answered this question – just one more additional aspect here. You may not be aware of the responsibility your decision entails for why you have easily agreed to change your life 180 degrees.

You are not yet mature enough to change certain habits and agree to the compromises necessary for a marriage to succeed.

Since the dream about the Moon is connected to Love, and therefore with emotions, such a dream says that although Love is not something missing in your relationship or marriage, you have a hard time finding a common language and agreeing on what your future will look like.

The same temperament is what attracted you to each other, but if you do not restrain it, it could break you.

All in all, sometimes the Moon as the dream symbol is very positive, other times a somewhat negative one; but just as our inner state, it can vary. And precisely in this way, the Moon is described as the energy that moves, that varies, that fluctuates, and we should look at it as such.

Maybe the best way we could act if we had this dream is to try to calm down, and start looking deeply into our emotions. They need to be balanced and in order, if we would want to make some progress, in whatever aspect of our lives.